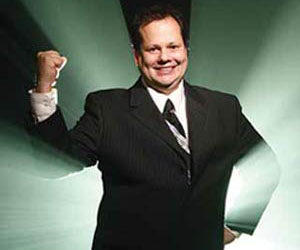 Gary Kremen sat in his San Francisco office on a winter afternoon, shouting on his cell phone and taking frequent, inexplicable swigs from a bottle of lemon juice. Kremen is 44 and stout, with a raspy voice and an inability to sit still. He founded Match.com in 1993 and ran the porn-marketing site Sex.com before selling it off for a reported $14 million in 2006. Lately, he has been sinking a chunk of his wealth and most of his energy into a new, slightly more altruistic startup called Clean Power Finance.

The new company, says Kremen, “is all about bringing solar to mass market”—making the case for going solar to average Americans, rather than just selling its virtues to what he calls “green liberals,” “national-security types,” and “utility haters.” He wants to make installing solar panels on your roof as mundane as buying a car or any other big-ticket item. “If we’re really going to get solar working, it can’t be a green sell. It’s got to be an economic sell,” he says. “I’m all about ‘green is cool.’ But that’s not big enough.”

His plan has two parts. First, he offers user-friendly sales software and marketing support to solar-panel installers. “Installers are guys with trucks. They’re guys with ladders,” Kremen explains. “They’re not sophisticated marketers.” The software helps installers calculate their customers’ tax credits and energy-bill savings and boil the data down for a slick sales pitch. Then, once the installer gets close to making the sale, Clean Power Finance steps in to broker a market-rate loan for the buyer, making the $20,000 to $50,000 cost of a solar setup manageable.

With the U.S. market for solar power expected to be worth $69 billion by 2016, the potential payoff is huge. The field is being populated by former dot-com barons like Kremen, and many have lured their stable of venture capitalists in with them. “These are serial entrepreneurs,” says Adam Browning of the Vote Solar Initiative, a California nonprofit, “and they see energy as the next field to conquer.” PayPal cofounder Elon Musk is now chairman of a solar-installation firm. Google, which powers its headquarters partly with a titanic solar installation, recently invested $10 million in a solar-thermal startup. Browning says dot-commers’ enthusiasm for solar “appeals to their desire to do good. They want to be part of something bigger.”

Several of Clean Power Finance’s 10 employees, working for significantly less pay than they’d command at a tech company, fit this profile. Kremen, for his part, doesn’t fit any profile exactly. Four years ago he was living alone in a mansion outside San Diego—a palace awarded to him in a lengthy lawsuit against a con man who’d stolen his Sex.com domain name. (Kremen also won $65 million.) It was a lonely time, with Kremen forgoing the online dating scene he’d helped create and offering $25,000 to anyone who successfully set him up with a Jewish bride. The San Diego Jewish Journal likened him to George Costanza: “loveable…like an irritable teddy bear.”

Solar-powered malls
Energywise, shopping malls are the Hummers of the retail world. So why not cover those acres of empty roofs and parking spaces with PV panels? Enter Destiny USA, a 1.3-million-square-foot renewable-energy-powered addition to a mall in Syracuse, New York. A solar array covering the parking lot will provide about 12 percent of the power, and the builders say on-site wind, fuel cells, biofuel, and hydroelectric will provide the rest. The project is not purely altruistic: The developer’s solar shopping spree is backed by local and state tax breaks and federal green-building bonds.
—Joyce Tang

Thanks to the bounty, Kremen got married earlier this year. He concedes that launching Clean Power Finance “feels better” than “doing some other horrible dot-com or another porn company.” But he still seems to be in it primarily for the money. “We’re hitting this tipping point of getting off of fossil fuels and onto sustainable energy sources,” he told me, “and money’s made at tipping points.” Just as the Web changed how people communicate—the tipping point Kremen exploited with Match.com—he anticipates that solar will break down our system of centralized energy production and create a distributed network of tiny power-producing homesteads. I mentioned that Al Gore had recently forecast something similar, a so-called “Electranet.” “Whatever, Al Gore,” Kremen answered impatiently.

Browning commends Kremen’s car-salesmanlike approach. He notes that no cars would ever get sold if dealers had to tell every customer, “Nice that you want to buy this car, but since you didn’t bring $30,000 with you, why don’t you go away, talk to somebody about getting that money, and come back when you’ve got it.” Instead, there’s gmac financing right there on the lot. That kind of full-service sales package, Browning says, is central to “growing the market for solar from an infant to a teenager.”

However, at the time of my visit to Kremen’s office in January, not quite six months after he’d started offering loans, Clean Power Finance had closed only one. “It would be better if this mortgage and credit crisis didn’t suck,” he griped. He doesn’t expect to turn a profit for at least another year. Part of the problem is that most solar customers already have the means to pay up front; as one of Kremen’s colleagues put it, many installers are still operating profitably as “order takers” and don’t yet feel pressure to become salespeople. And even if they do, right now the economic case for home solar can really only be made in the handful of states such as California, New York, and New Jersey that are offering significant tax rebates or other incentives. Kremen said it’s better to be ahead of the curve than behind it. But, he admitted, “I’m hoping it’s too early, as opposed to it’s never.”