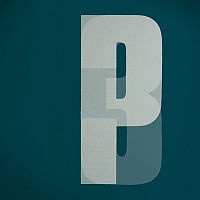 Okay, I promise that my week-long series of Coachella afterglow posts will come to an end right after this one. In fact, while my appreciation of the long-dormant Bristol combo Portishead was confirmed by their spectacular performance in the desert Saturday night, I’d been enjoying their new album, Third, for a while. While I (lovingly) mocked it a while back here on the Riff for the, er, intensity of its lyrical misery, there’s something exhilarating about Third. It’s that rarest of comeback albums: less a return to form than a return to function, evidence of a band’s determination to explore new musical territory (and new depths of despair), just as they always have.

For sure, Geoff Barrow, Beth Gibbons and Adrian Utley were under intense pressure to follow up their ground-breaking ’90s albums, Dummy and Portishead. Much has been made of how they managed to avoid the pitfall of just issuing a repeat by refusing to use any of the instruments they had before. By necessity, then, Third is a strange, difficult listen at first, especially for someone expecting retro-trip-hop or neo-James Bond themes. The album kicks off with a rumbling breakbeat, a far faster tempo than anything they’ve done before, and when the beat drops away, Beth Gibbons’ voice seems to approach the song at a crazy, inverted angle, singing a melody that at first sounds completely off key. Like much of the album, it takes a few listens for the whole thing to resolve, but once you get your head around it, its majesty becomes increasingly apparent each time.

It’s probably a good thing the album leaked a few months early (and got a pre-release stream on Last.fm, the music/social networking site’s first), giving reviewers a chance to get comfortable with these angular new songs, because now that the reviews are in, they’re almost unfailingly worshipful. All-powerful Pitchfork gives the album an 8.8 out of 10, its highest rating of the year except for Hercules and Love Affair. Rob Sheffield in Rolling Stone is one of the few dissenters, dismissing the band for their lack of “sparkling personalities or musical variety,” and giving the album a 3.5. Did he listen to the same thing I did?

Back on the positive side, the UK Guardian gives Third five out of five stars, picking up on the way you have to get used to the album’s sharp edges: “Portishead’s third album is initially more a record to admire than to love, its muscular synthesisers, drum breaks and abrupt endings keeping the tension high. But after several listens, Third’s majesty unfurls.” NME goes one step further, comparing the album to initially-shocking and now-beloved works like Radiohead’s Kid A or Bjork’s Homogenic, and gets to the heart of what’s so astonishing about the album: the band’s ten-year absence is an eternity in rock, and “that ‘Third’ exists at all is impressive… That it’s Portishead’s best album yet is little short of miraculous.” They give it a 9 out of 10.

Every year, I make a list of my favorite albums, and some years, the CD that takes the top spot is merely a very good one, an album I enjoyed unequivocally. Sometimes, though, there’s an album that seems to require a shift in perspective, so much so that at first, I’m not even sure I like it: The Streets’ Original Pirate Material, Blonde Redhead’s Misery is a Butterfly. Portishead’s Third may or may not land at #1 on my 2008 “Best Albums” list, but they’ve already broadened my horizons.

Third is out now on Island.