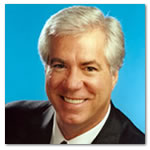 When Ken Connor was on Capitol Hill earlier this week, it was clear that people in his party deeply wish that he would go back to worrying about the unborn. The conservative Christian Republican trial lawyer had come to Washington to testify in support of a bill that would ban the use of mandatory binding arbitration clauses in nursing home contracts. Most nursing homes today, as a condition of admission, require vulnerable elderly people and their families to waive their right to sue a facility in the event of a dispute. Instead, they must take any complaints about medical malpractice or abuse to a private arbitrator, chosen and paid by the nursing home, in secret proceedings where any awards are much lower than they would be from a jury. The arbitration agreements are often buried in a stack of complicated paperwork, where in some cases, they have been signed by blind people and those suffering from Alzheimer’s.

The nursing home arbitration bill is one of nearly a dozen Democratic-backed measures introduced in Congress over the past year that would ban mandatory arbitration in everything from new car contracts to meatpacking company agreements. With the backing of the powerful AARP, it’s also the most likely of the lot to pass, and thus, pave the way for Congress to ban mandatory arbitration altogether. After all, if Congress deems the practice unconscionable for seniors, businesses will have a tough time arguing that it still ought to be forced on everyone else. That’s why Republicans really, really don’t want to vote for the nursing home bill, and one reason Connor’s advocacy is making them squirm.

Connor sues nursing homes for a living, as a lawyer at a big-time plaintiffs’ firm known for supporting Democrats. Just last month, Connor won a $2 million verdict against Sunrise Senior Living in California for letting an elderly woman develop fatal bedsores. So when he testifies on the Hill, Connor is essentially representing the nation’s trial lawyers, who see mandatory arbitration as a threat to their livelihood. As such, Republicans would love to dismiss Connor as just another greedy trial lawyer. But Connor’s religious-right bona fides simply make that impossible.

For three years, Connor served as the president of the Family Research Council, a leading social conservative outfit, and became a rock star among the GOP’s evangelical wing when he went to work in 2004 for then-Governor Jeb Bush to defend a Florida law that would have prevented doctors from removing Terri Schiavo’s feeding tube. For Republican legislators, Connor has moral authority. He also gives money to many of them, so Republicans have to tolerate him, even as he forces them into a corner where they have to chose between devotion to industry and devotion to God and life.

While the GOP views trial lawyers as its mortal enemies, Connor doesn’t see any contradiction between his profession and role as family values crusader. Instead, he sees his lawsuits against nursing homes as an extension of the work he did in the Schiavo case. “Removing the feeding tube, letting Teri Schiavo starve to death,” he said in an interview, “I see this all the time with the elderly.” Connor believes that the frail elderly are second only to the unborn in their suffering due to what he sees as a prevailing “quality of life” mindset, as opposed to one focused on the sanctity of life. He says he’s witnessed bioethicists in Florida argue that if an elderly person suffers from dementia, there would be nothing wrong with hastening his or her demise. “If you call yourself a Christian, you have an obligation to fight for social justice,” he says, noting that, “It’s much easier to make the case for the elderly than for the unborn.”

Connor has now testified twice in Congress over the past year in favor of banning mandatory arbitration, and will be back again next week to testify in the Senate on a parallel nursing home bill co-sponsored by Florida Senator Mel Martinez, the former head of the Republican National Committee. Connor’s performance Tuesday before the House subcommittee on commercial and administrative law shows why many Republicans in the Senate are probably dreading his appearance.

With a full shock of white hair, ruddy face and powerful voice, Connor is as much televangelist as lawyer. It’s obvious why juries love him. He testified to an unusually full house about some of his experiences with nursing homes: “All too often, the story is the same: avoidable pressure ulcers (bed sores) penetrating to the bone; wounds with dirty bandages that are infected and foul smelling; patients languishing in urine and feces for hours on end; hollow-eyed residents suffering from avoidable malnutrition, unable to ask for help because their tongues are parched and swollen from preventable dehydration; dirty catheters clogged with crystalline sediment and yellow-green urine in the bag.”

He described a nursing home industry that routinely faked medical records and staffing documentation to cover up for its shoddy treatment of its frail residents. And while Connor invoked the standard trial lawyer arguments about the need to keep the courthouse open to those who’ve suffered at the hands of heartless corporations, he did it in distinctly evangelical language. “Our society,” he said, “is rapidly embracing a quality-of-life ethic in the place of a sanctity-of-life ethic. But, old people do not score well using quality of life calculus and they perform poorly on functional capacity studies. They cost more to maintain than they produce and they are vulnerable to abuse and neglect by unscrupulous nursing home operators who are willing to put profits over people.”

“I promise you that if these injuries and damages happened somewhere like Guantanamo or Abu Ghraib, there would be no end of congressional hearings,” he added. “If you believe that wrongdoers ought to be held accountable for their actions, you ought to support this bill.”

Even before Connor opened his mouth, Republicans on the committee were trying to minimize the impact of his powerful testimony and to avoid looking like heartless corporate shills not fully committed to “life.” Florida Rep. Tom Feeney, an ardent abortion foe who has a perfect pro-life voting record, according to the National Right to Life Committee, kicked off the hearing by saying that there is “no more elegant spokesman” on this issue than his “good friend” Ken Connor, who “sounds like Plato when talking about most things.” Feeney went on to say, though, that while Connor excelled at the “ethos and pathos” elements of Platonic rhetoric, he perhaps failed on the “logos” part.

Feeney’s philosophy lecture was intended to suggest that his fellow legislators should not be swayed by Connor’s emotional appeal and should instead listen to the voice of logic sitting next to Connor at the table: Gavin Gadberry, a lawyer from Texas who defends nursing homes from the likes of Connor. The Republicans couldn’t have picked a smarmier witness to support the nursing home industry’s position. Compared with Gadberry, Connor sounded like Jesus Christ himself.

As the lobbyist for the Texas nursing home industry, Gadberry represents some of the nation’s worst nursing homes. A 2002 study by the House Committee on Government Reform found that nearly 40 percent of Texas nursing homes had violations of federal regulations that caused harm to nursing-home residents or placed them at risk of serious injury or death. More than 90 percent didn’t meet federal staffing standards. Texas nursing homes may have been the inspiration for the widespread use of arbitration clauses because their poor treatment of the elderly had spawned a cottage industry of litigation. At one point, plaintiffs were winning compensation in an unheard of nine out of 10 lawsuits against nursing homes. Rather than fix the nursing homes, at the urging of the industry (represented by Gadberry), Texas essentially got rid of the lawsuits with a 2003 tort reform measure that makes it virtually impossible to sue a nursing home on behalf of an elderly person today. (Connor’s firm closed its Texas office as a result.)

All of which made Gadberry’s claim that Connor’s anecdotes were rare events dubious at best. He insisted that arbitration is “more efficient” than traditional litigation and that the pending bill would “discriminate” against the industry. But Connor fired back: “The nursing homes that are providing good care don’t need pre-dispute binding arbitration.” Gadberry’s suggestion that arbitration was a benefit to elderly nursing home residents didn’t go down well with the committee’s chairwoman, Rep. Linda Sanchez, a Democrat from California, whose siblings, to her dismay, recently signed an arbitration clause to put her father into a nursing home. (“God forbid anything should happen,” she said after the hearing.)

Still, Republicans demonstrated that, despite making nice with Connor, they probably weren’t going to get on board. In a desperate attempt to find an alternative to the bill, the committee’s ranking Republican, Utah Rep. Chris Cannon, at one point suggested that nursing homes install granny-cams, so that the residents’ loved ones could keep an eye on them remotely, as a way of improving the quality of care, rather than eliminate arbitration clauses.

Connor thinks the Republicans’ performance on the issue illustrates what’s wrong with his party these days. “[Republicans] failure to support this is, in my judgment, a failure of first principles,” he said in an interview after the hearing. He noted that “Republicans would be the first to say we should hold the welfare queen responsible,” but they never hold corporations to the same standards. “Protecting wrongdoing has become what our party is all about,” Connor added. “And they wonder why they’re getting their clocks cleaned on the electoral map. The hypocrisy is breathtaking.”