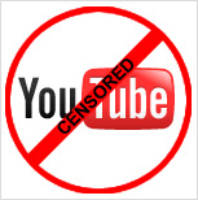 Government isn’t exactly on the leading edge of the technological revolution. The GAO reported yesterday that several federal agencies still rely on “paper and file” systems to store emails. And John McCain, devoted Luddite that he is, has admitted he doesn’t know how to use a computer. But even for members of Congress who do know a thing or two about technology, their ability to use it to communicate with constituents is restricted by arcane congressional rules—rules that are now at the center of a partisan slug fest on Capitol Hill.

Suppose you’re a congressman, and you’d like to post a periodic video message on your website updating constituents on your activities. You film it, post it on YouTube, and embed a link on your homepage. It’s that easy, right? Wrong. By including YouTube content on your page, you’d find yourself in violation of policies that pre-date the Internet by a couple hundred years.

An obscure 6-member, bipartisan panel called the Commission on Congressional Mailing Standards (also known as the “Franking Commission”), adhering to rules established in 1789, has long regulated congressional communications, making sure that federal dollars are used only for nonpartisan purposes and not for political proselytizing, which must instead come out of individual members’ campaign funds—a reasonable enough idea in an earlier time, but one that ignores dramatic changes in the way people communicate in our Twitter age of hyperconnectivity. The regulations are in desperate need of revision, and on that point members of both parties agree. But the devil is in the details… and it’s those details that have ignited a breathless exchange of amped-up rhetoric between Democrats and Republicans in recent weeks.

It began with a letter (.pdf), dated June 24, from Rep. Michael Capuano (D-Mass.), chairman of the Franking Commission, to Rep. Robert Brady (D-Penn.), who heads the Committee on House Administration. Capuano set forth a series of suggestions for changes to House rules, recommending that video be permitted, but that it “not be posted on a website or page where it may appear with commercial or political information or any other information not in compliance with the Houses’s content guidelines.” Translation: members of Congress would be prohibited from using YouTube unless the website creates a separate channel that meets “whatever requirements are established by the House administration committee.” Capuano encouraged Brady to “view these recommendations as a first step in a process towards modernizing the regulations that govern communications.”

To this, House minority leader John Boehner, Republican of Ohio, responded Tuesday with a fiery missive to “Online Community & Activists,” warning that Capuano’s recommendations constitute “an attack on free speech” that would bring members’ ability to use ubiquitous Internet tools like YouTube “to a screeching halt.” (Never mind that Capuano’s letter was actually directed towards expanding the realm of tech options available to congressional web pages.) “If the proposed rule is adopted,” Boehner continued, “the free flow of information over the Internet between Americans and their representatives will be significantly curtailed… This would essentially amount to new government censorship of the Internet, by a panel of federal officials that is neither neutral nor independent.”

On Wednesday, the shouting match continued with a new letter from Capuano, who suggested that Boehner had so thoroughly mischaracterized his positions that he doubted the House Republican leader had read his original letter. He then restated his views in simpler terms:

Our only concern is commercialization—not imposing limits on free speech… Apparently the Republicans spreading these lies would rather operate without rules and open the House to commercialism. Maybe they don’t care if an official video appears next to a political advertisement for Barack Obama or John McCain, creating the appearance of an endorsement. And I guess they don’t care if constituents clicking on their videos will be treated to commercials for anything you can imagine, from the latest Hollywood blockbuster to Viagra. Certainly, advertisements are a reality in today’s world and most people can distinguish. However, it is also a reality that Members of Congress who use taxpayer money to communicate with constituents should be held to the highest possible standard of independence—and the appearance of independence.

All this partisan bickering obscures the basic point. The current rules are badly antiquated and in need of updating. And open-government advocates are pushing Congress to get beyond the predictable, point-scoring back-and-forth. For example, the Sunlight Foundation, a Washington-based nonprofit that champions greater transparency in government, is trying to tear down the barriers that prevent members of Congress not only from using YouTube, but from Twittering from the House floor or using Facebook. (You can join its “Let Our Congress Tweet” campaign here.) Says Sunlight program director John Wonderlich about Capuano’s cautious approach to opening House.gov to the larger Internet world:

While reconsidering or reforming these antiquated restrictions is a laudable goal, the proposed guideline reforms are only a half-measure toward modernized engagement online, and don’t address the underlying problems with these unnecessary restrictions….

If Members can use whatever brand of inkpen, or any brand of paper, or buy whatever shoes they want, they should be given radically expanded freedom to use the Internet, and make the same empowering discoveries that their constituents are. Even if that same pen was once used to scribble a ransom note.

In the meantime, if you have strong views one way or the other, you may consider Twittering your member of Congress. Just know that if he’s at work, he may not get the message.

Photo used under a Creative Commons license from dannysullivan.