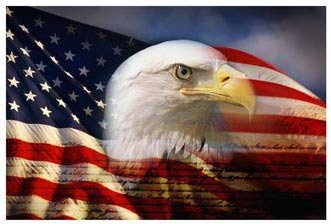 Yesterday, Vice President Dick Cheney spoke at the White House Conference on North American Wildlife Policy. In a statement that may surprise you and a number of environmental groups, Cheney said, “President Bush made wildlife conservation an early and a high priority of his administration. We’ve carried out that commitment in these eight years.”

There’s reason to question whether wildlife conservation is really a high priority in the Bush Administration. It’s refusal to act on global warming for years, despite the fact that the changing climate threatens wildlife habitats, throws its commitment into doubt. The same goes for the Administration’s plan to gut the Endangered Species Act, its refusal to address upcoming mass extinctions, and its willingness to let jeep enthusiasts run roughshod over the West’s wide open spaces. The League of Conservation Voters says, “The Bush administration has arguably been the most anti-environmental in our nation’s history.”

I have another reason to doubt Cheney’s commitment in particular.

It’s a story I heard while rafting down the Snake River in the heart of the Grand Tetons. Periodically, our raft would stop to observe wildlife — deer, bison, moose. At a certain point, our guide told us we wouldn’t be allowed to stop or make loud noises. The next patch of river, he explained, was home to a pair of bald eagles, a threatened species with few survivors in the Grand Teton area. As we passed through the protected area, the guide told us a story in a low voice.

A fellow guide at his rafting company had been leading a tour through the protected area when he saw a larger-than-usual boat stopped in a bend of the river. A couple fishing poles were already set up and in the water. Definitely not allowed under park rules. The guide headed toward the boat to inform the owner of his mistake. As he approached, a serious-looking man in a black suit appeared and slowly uncovered a gun on his hip. He gave the guide a two-fingered “move along” signal. The boat belonged to Dick Cheney, a famous angler and a resident of nearby Jackson Hole.

That story might be apocryphal, but I love it none the less. Of all the threatened species Cheney could disrespect and endanger, you knew it would somehow be the one that stands for everything America represents.