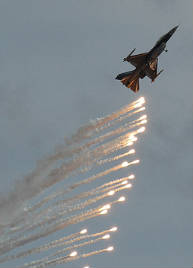 At one point or another, most American presidents concern themselves with bringing peace to the Middle East. Ultimately, all other foreign policy achievements pale in comparison. It’s the brass ring of presidential greatness, the elusive key to ensuring kind treatment in the eyes of history. Such thinking must become particularly acute as presidents reach the twilight of their terms and begin in earnest the inevitable consideration of how they will be remembered. Bill Clinton made a last-ditch effort late in his second term to become the great peacemaker. He failed, as had all others before him. But at least he tried. For his part, our current outgoing commander in chief, just weeks away from relinquishing his office, has steadfastly refused to get involved even as Gaza disintegrates into violence.

Not that this should come as a surprise. Bush’s lack of engagement this late in the game, says the National Security Network, is nothing if not consistent with the rest of his term. As the group describes in press release issued today:

[Bush’s] episodic involvement has been muddled and without coherent vision: supporting Palestinian elections in 2006, despite the very clear possibility that Hamas would win, then refusing to honor the results; asserting that the ‘road to Jerusalem ran through Baghdad;’ belatedly engaging through the Annapolis peace conference, which has proved to be too little too late. Experts and regional actors with differing views on the road ahead share the belief that the US absence from the scene is counterproductive and harmful to the interests of all concerned. The outbreak of war in Gaza confirms that after eight years in office the Bush administration will leave behind a region that is further from achieving a lasting peace than when it came to office.

A tough accusation to be sure, but one that enjoys support from an unlikely array of former diplomats and foreign policy specialists across the political spectrum. Bush’s own first-term ambassador to Israel, Daniel Kurtzer, acknowledges the administration’s shortcomings. “The sum total is that if you measure Israeli security at the beginning of this administration and at the end of the administration, based on things the president either could have done, should have done or failed to do, the report card is pretty negative,” he says.

Several other former US ambassadors to Israel, Egypt, Pakistan, Tunisia, Bahrain, and the United Arab Emirates, contributed to a policy paper (.pdf) released by the Israeli Policy Forum, which accuses the Bush administration’s inaction of enabling the violence in Gaza and damaging the security interests of the United States:

During the past eight years, the United States has appeared to have no sense of urgency about ending the Arab-Israeli conflict… The Bush administration did not pick up where Clinton left off, giving the impression that the United States was indifferent to the worsening conditions (the second intifada) on the ground in Israel and the Occupied Territories. This seeming indifference helped turn public opinion against the United States throughout the Muslim world to the disadvantage of a myriad of U.S. interests.

Bush’s apparent lack of interest has run the course of most of his days as president, but it wasn’t always so. Early in his first term, he claimed to have it together, to be the bearer of a new vision for the Middle East. “But in practice there was nothing visionary, innovative, or well thought-out,” says Yoram Meital, head of the Center for Middle East Studies and Diplomacy at Ben Gurion University in Negev, Israel. “And as a consequence we have been driving full speed ahead on neutral for a very long time.” Unless, of course, you consider Iraq to have been Bush’s roundabout method of changing things up. Indeed, he once claimed “the road to Jerusalem runs through Baghdad”—a formulation that probably didn’t sit well with Arabs already sensitive to any suggestion of a modern Crusade. And rather than clearing the path to the Holy Land, says Shlomo Brom, a former director of strategic planning for the Israel Defense Forces, the Iraq invasion actually caused damage to Israel by “strengthening the radical elements in the Middle East.”

While the Bush administration sits on the sidelines waiting out the clock, there are numerous diplomatic efforts underway to bring about a ceasefire in Gaza. French President Nicholas Sarkozy, Turkish Prime Minister Recep Tayyip Erdogan, and former British Prime Minister Tony Blair have been shuttling around the region meeting with Arab leaders. Russian President Dmitri Medvedev is working to organize a peace conference. Indeed, the mantle of peacemaker does not only appeal to American presidents. But based on Secretary of State Condoleezza Rice’s statement last week that she has no intention of traveling to the Middle East, there seems to be zero prospect of American involvement in brokering a ceasefire, at least until January 20. Then again, history would tell us not to hold our breaths.

Photo used under a Creative Commons license from nagillum.