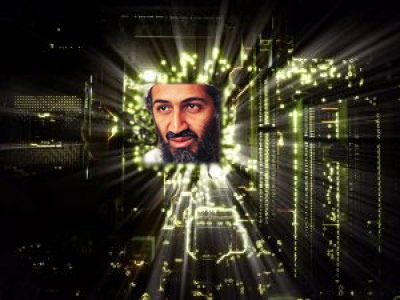 There’s a holy war online. On one side is a network of Al Qaeda propagandists eager to use the Web to spread their message and broaden their influence in the Muslim world. On the other is a group of Saudi religious scholars who are prowling the Internet for Islamic extremists who they can convert to moderation. Based in Riyadh, members of the so-called Sakinah (“Tranquility”) Campaign have been infiltrating extremist websites and chat rooms since 2004, seeking to engage Islamist sympathizers in religious dialogue. Their aim is to steer potential terrorists away from Al Qaeda, which has used the Web as its primary recruiting ground.

The Internet is a relatively recent phenomenon in Saudi Arabia, introduced only in 1999 after the Saudi government devised ways to filter out unwanted content, primarily pornography and online gambling. By 2000, some 500,000 Saudis were already surfing the Web; seven years later, that number had ballooned to an estimated 4.7 million, or approximately 17 percent of the population. As the Internet has caught on in the kingdom, so too has concern over its usefulness to terrorists. The number of Islamic extremist websites has exploded from a handful to as many as 17,000 sites that “fuel Al Qaeda ideology,” according to a December 2007 estimate from Saudi security officials speaking at a technology and national security conference in the Saudi capital of Riyadh. These range from official Al Qaeda propaganda sites operated by the group’s “Media Committee,” As-Sahab, to less slick but ever-increasing numbers of amateur sites maintained by sympathizers around the globe.

In 2004, as extremist sites continued to multiply, a small group of volunteers founded Sakinah, based in Riyadh, to challenge Al Qaeda’s growing online presence. Since then, the organization has grown to include about 70 volunteers (religious scholars, academics, sociologists, and psychiatrists, among others), divided into two main groups. The first is building a library of extremist propaganda found on the Internet, such as video and audio recordings, Islamist news reports, and religious documents—all of it collected to gain a fuller understanding of the shifting currents of extremist thought and help Sakinah’s volunteers to confront Islamists on their own terms. The second group, Sakinah’s operational component, infiltrates Islamist chat rooms, where volunteers monitor conversations and seize upon opportunities to initiate debate. According to Abdullah Ansary, a fellow at George Washington University’s Homeland Security Policy Institute and author of a study of counter-extremism tactics in the summer 2008 issue of Middle East Policy, chat room visitors are typically young people under the age of 25, whose presence there usually owes more to curiosity than religious zealotry. But left alone, so goes the fear, they become easy prey for Al Qaeda propagandists. As one of the group’s founders explained to a Saudi newspaper reporter shortly after its launch, “Our aim [is] to conduct dialogue with those who [have] expressed solidarity with the operations of violence and terror, but [have] not participated in them, in order to prevent them from doing so—because those who express solidarity are likely in the future to turn into assistants and perpetrators.”

In chat rooms, Sakinah volunteers raise controversial subjects and then invite those who respond to engage in a private discussion. This may take the form of a single exchange, or grow into a series of conversations stretching over several weeks or months. Sakinah volunteers “ask them why they’re thinking what they’re thinking, and try to steer them towards the right path,” says Christopher Boucek, a Middle East scholar at the Carnegie Endowment for International Peace and one of the few Western experts to have studied Sakinah. “The interesting thing about this program is that after the back-and-forth dialogue, [it’s] posted online for other people to read.”

One such exchange, translated by the Middle East Media Research Institute (MEMRI), a Washington, DC-based nonprofit group that monitors Arabic-language press, begins with a young man calling himself Zaman Al-Dajajila (a moniker that translates to “the time of the false prophets”) explaining to a Sakinah volunteer that the division of the world is clear. “There is a camp of belief versus a camp of unbelief.” By the end of the exchange, however, his views appear to have completely turned around. “By Allah, I feel like I’m in a volcano and an earthquake!” he writes. “I didn’t mean any harm. I thought that this was what the religion demanded. You are a blessing [that came to me] from the Lord.” Another purportedly successful interaction involved what the Saudi newspaper Al-Watan described as a “former high-ranking female member of one of Al Qaeda’s women’s organizations.” She described how her contact with Sakinah affected her thinking: “Those who choose the path [of jihad] are usually not afraid of being shot or jailed. Alongside the focus on this military conflict, there must also be a focus on the ideological conflict, [through] dialogue and the spreading of correct shari’a knowledge and views…These [people] raised in me, and in many other women I know, serious doubts and questions regarding the beliefs we held so deeply.”

In January 2008, Sakinah announced that it was monitoring more than 1,500 Islamist websites and had successfully changed the beliefs of 722 men and 155 women—about 70 percent of them hailing from Saudi Arabia and other Gulf states, the others scattered throughout the rest of the Arab world and the West. The reliability of such numbers is uncertain, says Boucek, and glowing reports published in government-controlled Saudi newspapers, for example, should be treated with a generous dose of skepticism. (Until recently, the Saudi government claimed that a separate prison-based program to rehabilitate captured Al Qaeda operatives had met with great success, but earlier this month admitted that at least 11 graduates of the program—repatriated from Guantanamo—appear to have returned to the extremist underground.) For its part, Sakinah is sensitive to accusations that it is nothing more than a propaganda tool for the Saudi royal family. It is a nongovernmental organization, after all, but one that is loosely affiliated with the Saudi Ministry of Religious Endowments and Islamic Affairs. The opaque nature of this relationship is not unusual, says Boucek. “Saudi Arabia is not a place where there are a lot of direct lines of control,” he says. The group’s volunteers “might be affiliated with a lot of different organizations and government ministries, but that doesn’t mean it has official government authorization.”

Perhaps imitation is a better measure of success. According to Boucek, the United Arab Emirates, Kuwait, Algeria, and the United Kingdom have all approached Sakinah seeking advice on how to set up online counter-radicalization programs. In late 2006, the United States launched its own effort—though unlike Sakinah, one that eschews any participation in religious debate. Having begun with a staff of two, the State Department’s Digital Outreach Team now employs nine full-time bloggers—speakers of Arabic, Persian, and Urdu, who post comments to news sites, discussion boards, and sometimes even personal blogs. Brent Blaschke, a career Foreign Service Officer who oversees the program, emphasized that his bloggers stay away from tricky discussions about jihad and the “nitty-gritty of the Koran” in favor of explaining US foreign policy. Respondents are usually hostile, in part because, unlike other governments deploying propagandists to the online world, the bloggers identify themselves as State Department employees representing the views of the US government. “If you don’t say who you are, you’re just another person with a keyboard and an opinion,” Blaschke says. The program was originally founded during the tenure of the Bush administration’s public diplomacy guru Karen Hughes, who believed—naively, many would argue—that the Islamic world’s anger with the United States emanated from a simple lack of understanding of US positions on various issues. Blaschke is more realistic in his expectations, explaining that “we’re not out to make everyone who reads our stuff flag-waving American patriots; we simply want them to take a second look at their views.” Have they been successful? It’s impossible to say, Blaschke admits. “We have little anecdotes suggesting some people like what we’re saying…but in terms of swaying opinions, I couldn’t give you a good answer.”