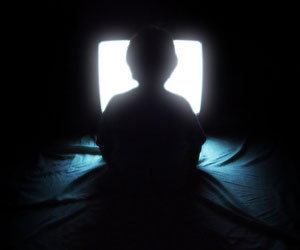 It was supposed to be a landmark day in American TV history. On Tuesday, the nation’s broadcasters were going to make a permanent switch from analog to digital TV signals, a move that would bring broadcasting into the 21st century. Changing to digital would open the door for the networks to offer the public all sorts of cool features, like extra channels (Magnum P.I. reruns!) and pay-per-view movies, not to mention a better picture—and all this without having to deal with the cable guy. The switch offered other public benefits, too. The airwaves that used to deliver fuzzy broadcasts of Oprah and Days of Our Lives would be freed up for more critical uses, like improving emergency communications during hurricanes or terrorist attacks. This shift would even lead to improved cell phone service.

Instead, most of those perks are going to have to wait another few months, and tack an additional $740 million to the cost of the already pricey transition. Why? Because Congress and President Obama fear the wrath of an infinitesimally small percentage of the population that might, for a few brief minutes, see their unprepared TV screens go dark. Older TV sets need a special converter box to receive the new digital signals, and not everyone has one yet. To hear Obama and members of Congress tell it, February 17 was going to be some sort of doomsday, like Y2K, a black hole of a moment when millions of Americans were going to suffer the unbearable misery of missing American Idol because they failed to upgrade their TVs or get converters.

The nation’s political leaders act like the brief blip that’s likely to occur in the switch from analog to digital TV qualifies as a major national crisis on par with the stock market collapse. Congress has devoted no fewer than 13 hearings to the digital transition since 2007. It’s much ado about nothing. Despite all the dire warnings about all of Puerto Rico going dark when analog signals disappear, most people have new enough TVs that they don’t need converter boxes to receive digital signals. Those who do require a box (which retail for $50 to $70) can often afford to pay for them without a coupon. In fact, for a few more dollars, they could buy a new TV that wouldn’t even need one.

And really, if there’s one thing Americans don’t need, it’s a TV-watching subsidy. Nearly 85 percent of the country already has abandoned free broadcast TV for cable. (Cable viewers are not affected by the changeover from analog to digital.) The average cable customer spends more than a thousand dollars a year for it, according to the FCC. Not only will Americans pay for TV, they’ll sacrifice for it. More than half of all households whose income is below $25,000 a year have cable.

TV is not a critical necessity. You won’t die if your screen goes blank for a couple of days the way you might if your heat goes off for that long. There are other sources of news if the hurricane is coming, namely that old reliable, the radio, or, God forbid, print media. Is the government really obligated to ensure no one misses Oprah, especially when making the switch to digital offers so many other public benefits?

The so-called experts have predicted that as many as 6 million people would have gone without TV service on February 17 without some major government intervention, because they either didn’t know the change was coming or they didn’t make adequate preparations for it. Among those predicted to be disproportionately affected are the elderly and low-income Latinos. Various interest groups have criticized the government’s efforts to assist those people and fret that they will lose access to important government emergency warnings. My colleague Jim Ridgeway recently bashed government officials for suggesting that nursing home residents download converter-box coupon applications off the Web, without considering that they might not have Internet access. But here’s the thing: These folks are nursing home residents! Someone else is most certainly going to fix their TVs. This is what sons-in-law are for.

And a National Association of Broadcasters’ survey [pdf] from October 2008 found that 92 percent of Latinos surveyed knew about the coming switch to digital, even if they might not have prepared for it yet. As for the large population of Latinos who live along the southwest border, while some might not be able to watch American TV without a converter, they will still be able to receive Mexican TV signals, so it’s not like they’ll be cut off from civilization.

Nonetheless, Congress wants to allow more time to get the word out about the coming transition and to give these folks more time to get converter boxes, which will, incidentally, be obsolete in the not so distant future. The government-issued coupons for these boxes ran out earlier this year and there are now long waiting lists to get them, hence the additional funding in the stimulus bill. But here’s the rub: The government already has issued more than a billion dollars worth of converter-box coupons, yet only about half were redeemed. As it turned out, many people who thought they needed a box actually didn’t.

Rather than issue another coupon that may or may not get used, Congress should have saved the taxpayers some money and just let broadcasters throw the switch. Americans will survive. TV, after all, is a powerful motivator. The second screens go dark, no doubt clueless TV owners will leap off the couch and find out what’s going on. It will probably take people about a nanosecond to find out what happened to Law and Order and remedy the problem, without any help from the feds.

That’s pretty much what happened in the first test. In September, Wilmington, North Carolina, volunteered to be the first market to make the full switch from analog to digital. Both the FCC and student researchers from Elon University studied the changeover closely. The Elon students, who surveyed people who called local TV stations on the day of the switch, found that the largest number of complaints did come from people over 60. But the elderly often had someone else calling on their behalf. They weren’t as isolated as the FCC might think.

Even the elderly, it turns out, will find a way to get their TVs turned back on. If they can’t, the problem is not one of TV service but of larger social failings that won’t be fixed with a coupon, though there’s a chance it could be remedied by pulling the plug on some TVs for a while. Who knows? The digital switch might provide a unique opportunity for stitching together isolated communities. (In fact, something along those lines happened in Wilmington as people consulted with their neighbors about antenna angles, signal strength, and other aspects of the switch.) It’s entirely possible that a dark TV could prompt a humanitarian intervention as people reach out for help to get their tubes turned on.

Indeed, the FCC reports [pdf] that the world did not come to an end in Wilmington the day analog died. On the first day of the transition, the agency’s DTV help line logged calls from fewer than 800 people. Of those, only nine callers weren’t aware that the digital switch was coming. Of those who knew about it but failed to take appropriate measures, the vast majority (all of 24 callers) simply forgot to get a better TV or buy a box in time.

The majority of calls were of a technical nature: Most people just couldn’t figure out how to work the converter box. Given that many people over 40 can’t program a DVD player, this shouldn’t come as a big surprise, nor does it rise to the level of a national emergency. Yet Congress has just allocated more money to pay IBM and other private contractors to field questions from people who didn’t know they needed to put a battery in the converter box remote. If those contractors would also field questions on how to program the DVD player, this might be a good idea. But for the most part, spending $2 billion in borrowed money to subsidize American couch potatoes seems absurdly wasteful at a time when people are having trouble keeping the lights on, much less the television.