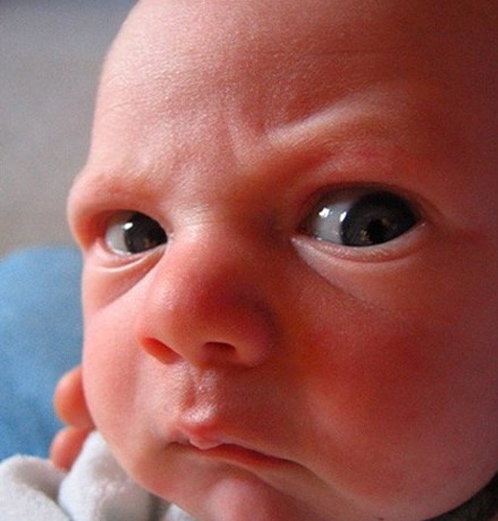 Okay, there’s been a ton of venting on my baby boom post. I still feel like people are missing the point I was trying to make. So let me try again.

Eoin O’Carroll of the Christian Science Monitor’s bright green blog suggests that assigning responsibility for emissions across generations is inherently faulty since we’d have to trace it all that ways backwards to our original progenitor, “a clump of self-replicating molecules some four billion years ago.”

Huh? We can’t go backwards in time (well, not until the Large Hadron Collider goes online, anyway). So all we actually can do at this point in time to affect any change is to think of the future as we take actions and make choices today. So, yes, we must (not assign) but assume responsibility for emissions across generations.

Second, O’Carroll questions whether it’s “a wise strategy to deploy environmental stewardship to urge people to voluntarily stop having kids?” He continues:

Okay, so those of us who know having more kids will screw up the world faster than it already is getting screwed up should go ahead and have those kids anyway because the screwed-up anti-greenies are going to take over the world? Sounds like a South Park episode to me. This is a classic Tragedy of the Commons approach akin to burying our heads in the diapers. The truth is we all own equal shares in the future of our planet and each one of us needs to protect the shares in any way we can.

Third, O’Carroll’s cites Alex Steffen’s “alternative” vision of how we can protect the climate by curbing population growth: that is, by empowering women.

That means increasing their access to reproductive health choices, education, jobs, loans, and protection against violence.  Everywhere this has happened, the birthrate has declined.

This is hardly a new approach to population control and is clearly the only one that has worked so far. So we’re in agreement here. But I would add that part of the education that empowers women is providing access to scientific studies buried in obscure journals. Even telling them things they may not want to hear. In my case, I wanted to let women and men know that the cost of their next child is 10,000 to 13,000 extra metric tons of CO2. Is that not educational?

As for the photo I posted—and a lot of the readers took umbrage at it—apparently I violated a secret social contract that requires we publish only pictures of cute happy babies.

Which leads me to my final point. I do not hate babies, even when they’re little monsters.

I’m just trying to talk about their future.