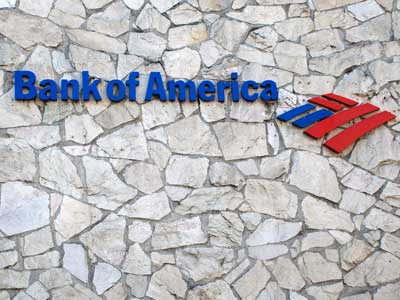 Now that the Obama administration is a shareholder in Bank of America, will it protect the interests of the bailed-out bank or those of customers targeted by its predatory practices? It’s a difficult calculation, and one the administration soon has to make as a class action suit against BoA lands in a state supreme court.

When President Obama assumed the reins of the federal government on January 20, one of the many unpleasant tasks he inherited was defending the Bush administration’s position in court in pending litigation. It’s one of the usual problems that come with every presidential transition. But this time around, thanks to extraordinary circumstances—such as the federal bailout of the nation’s financial system—the legal conflicts for Obama are more dicey than usual. A prime example is the pending BoA case.

In February 2004, a San Francisco jury hit the bank with an enormous verdict in a class action, Miller v. Bank of America. California seniors and disabled people had sued the bank after it raided their Social Security and federal disability benefit accounts to cover overdraft and other fees, in violation of California law. The verdict threatened to top a billion dollars and bring a change to the way banks everywhere do business.

Bank of America, like many banks, processes checks so they bounce more often, using software that changes the order in which checks clear. The result: Instead of one big check bouncing, lots of little checks will. This maximizes the number of penalties the bank can levy on its customers. When collecting these sorts of fees, banks don’t have to abide by any of the debt-collection laws that apply to other businesses. Because they’ve already got your money, they just take it. But the accounts in the Miller case contained Social Security and federal disability benefits automatically deposited by the government. California state law prohibits banks from seizing money from these protected funds, and the California class action threatened to put the brakes on some of these practices.

But nickel-and-diming customers like this is a $17.5 billion a year business for the nation’s banks. That’s why the industry has fought the California verdict tooth and nail. To that end, in 2004, BoA sought help from its friends in the Bush administration, primarily in the Office of the Comptroller of the Currency, a banking regulator funded by banks themselves. The OCC is notorious for its long legacy of helping big banks squash state efforts to crack down on predatory lending over the past decade—efforts that could have helped head off the current financial meltdown. Not surprisingly, the agency was happy to help BoA fend off the class action. On behalf of the OCC, the Justice Department filed a brief in support of BoA’s appeal arguing that federal bank regulations enforced by the OCC preempted California’s consumer protection laws.

The gambit worked, and in November 2006 a California appeals court overturned the verdict entirely. Now, the Miller case is headed to the California Supreme Court for oral arguments on April 7. But this time, it will be the Obama Justice Department carrying water for the bank, and not just in a brief. The Justice Department’s civil division filed an application last week to present oral arguments in the case during time allotted to the bank.

On March 19, the plaintiffs’ lawyer, James Sturdevant, wrote Sen. Patrick Leahy (D-Vt.) asking him to hold a hearing on the Justice Department’s appearance in the case. He told Leahy that he suspects the administration is essentially on autopilot and simply proceeding along with Bush administration litigation positions largely because it has not installed key personnel at Justice or the OCC. Sturdevant believes that the Obama administration in general does not support the previous administration’s stance on preempting state consumer protection laws. Indeed, in testimony before the Senate banking committee last week, FDIC chair Sheila Bair said, “Abrogating sound state laws, particularly regarding consumer protection, created an opportunity for regulatory arbitrage that frankly resulted in a ‘race-to-the-bottom’ mentality” in the banking industry.

In his letter to Leahy (PDF), Sturdevant noted, “It seems unlikely that the position of the Bush Administration advanced in the Miller amicus briefs, supporting the Bank of America’s predatory banking practices, would be adopted by the Obama Administration at the expense of millions of elderly and disabled Americans who subsist on their monthly social security and other public benefits.” According to Sturdevant, Leahy’s staff has told him that the senator plans to look into the matter but that he is wary of getting involved in pending litigation.

While the new administration may frown on the bank’s predatory practices and support the ability of states to enforce their own consumer protection laws, the Miller case creates a conflict of interest for Obama. The federal government has infused BoA with $45 billion in taxpayer funds and plans to take billions in toxic assets off its books. The government is the bank’s largest shareholder. Even if Obama wanted to do right by the low-income and disabled citizens ripped off by the bank, the administration could be risking millions of taxpayer dollars if it reversed course in the litigation and the verdict were restored.

The administration could perhaps make amends by using regulation or attaching strings to the bailout funds to address the abusive overdraft fees going forward. But any attempts by the administration to rein in those fees could threaten one of the bank’s few remaining profit centers, and ultimately, its viability. In the end, so long as the government is a shareholder, it’s likely to continue acting like one.