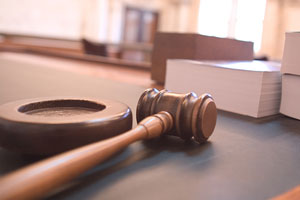 The other day I ran into a Democratic member of the House of Representatives, and this person noted that he fancied the idea of appointing a special prosecutor to probe the Bush administration’s use of harsh interrogation tactics, a.k.a. torture. He noted that he even thought there was a chance that Attorney General Eric Holder might do so.

“That’s not necessarily a good idea,” I said. His eyes widened, and he asked why.

Fitzgerald, of course, was the tough and relentless US attorney who was named special prosecutor to investigate the CIA leak case. He spent years on that beat, trying to determine who in the Bush administration had done what relating to the disclosure of Valerie Plame Wilson’s classified CIA identity. He investigated forcefully and thoroughly, and he ultimately prosecuted Scooter Libby, Vice President Dick Cheney’s chief of staff, for having lied to the FBI and a grand jury about his actions in this affair. Fitzgerald mounted a strong case against Libby and won a conviction and a tough prison sentence–which President George W. Bush subsequently commuted.

A host of liberals yearn for a Fitzgerald-like prosecutor to hit the torture trail–to investigate whether any Bush administration officials violated anti-torture laws, or conspired to do so. MoveOn has asked its members to urge Holder to set up a special prosecutor, and it has organized a petition drive. In a letter to its members, the group says:

So far there’s been no accountability for the architects of Bush’s torture program — the top officials who justified keeping detainees awake for 11 days straight, waterboarding them repeatedly, and forcing prisoners into coffin-like boxes with insects. We need real consequences for those responsible — it’s the only way to keep this from happening again.

These liberals all want to see alleged Bush administration wrongdoing exposed. But there’s one problem with a special prosecutor: it’s not his job to expose wrongdoing. A special prosecutor does dig up facts–but only in order to prosecute a possible crime. His mission is not to shine light on misdeeds, unless it is part of a prosecution. In many cases, a prosecutor’s investigation does not produce any prosecutions. Sometimes, it leads only to a limited prosecution.

That’s what happened with Patrick Fitzgerald. He could not share with the public all that he had discovered about the involvement of Bush, Cheney, Karl Rove, and other officials in the CIA leak case. Under the rules governing federal criminal investigations, he was permitted to disclose only information and evidence that was directly related and needed for the indictment and prosecution of Libby. Everything else he had unearthed via subpoenas and grand jury interviews had to remain secret. Repeatedly, Fitzgerald said that his hands were tied on this point. A special prosecutor, it turns out, is a rather imperfect vehicle for revealing the full truth.

Once upon a time, Washington did have independent counsels. This was a special kind of special prosecutor. Under the law creating that position, these investigator/prosecutors were compelled to release a final report explaining their findings and their decisions to prosecute or not prosecute. These reports–such as the one produced by Iran/contra independent counsel Lawrence Walsh–tended to be lengthy and exhaustive. They extensively explained the scandals that had been investigated. The actions of people not prosecuted were fully explored and explained. Several independent counsel reports were masterful accounts of government improbity.

During the Fitzgerald investigation, some commentators wondered if he could be authorized to produce a public summation of his findings. Fitzgerald, though, showed no appetite for doing so. And no one with clout in Washington (certainly no one in the Bush-Cheney White House) pushed to grant him such authority. It remains unclear–perhaps even doubtful–if such a task could be assigned to a special prosecutor examining torture. Moreover, in Fitzgerald’s case, the very existence of his criminal investigation took pressure off Congress and the White House to conduct a probe of the CIA leak that could yield a public report. Whenever a special prosecutor is at work, it offers people who don’t desire a complete public accounting to argue, “An investigation is already under way, and we don’t want to do anything to jeopardize that ongoing criminal inquiry.”

In deciding what prosecutions he could bring, Fitzgerald faced severe legal difficulties. To charge anyone under the law prohibiting government officials from disclosing identifying information about an undercover intelligence officer, he had to be able to demonstrate beyond reasonable doubt that the official had been aware that the intelligence officer was working under a classified identity. Valerie Plame Wilson had indeed been operating under cover. But proving that Rove or others involved in the leak had definitely known of Valerie Wilson’s classified status was a high hurdle for Fitzgerald, and in the end he concluded he could not clear it. Thus, his entire probe produced only that one narrow case against Libby.

Prosecuting government officials for providing legal opinions that greenlighted waterboarding and the like would pose its own legal challenges. Could a government prosecutor indict the government lawyers who composed and signed the torture memos for aiding and abetting torture without indicting the government employees who actually committed the torture? (President Barack Obama has pledged that the interrogators will not be pursued.) And could a prosecutor win cases in which his targets would obviously argue that they were providing what they believed was good-faith legal advice, even if it turned out that their advice was wrong? (Emails from the Bush-Cheney White House to the Justice Department instructing the lawyers to find a way to drape legality over questionable interrogation techniques–if such emails exist–would help any prosecution.) Several lawyers I’ve consulted have said that a criminal case against the authors of these memos would be no slam dunk. One possible scenario is that a special prosecutor would investigate, find out that sordid maneuvering occurred at the highest levels of the Bush-Cheney administration, and then conclude that he or she did not have a strong enough legal case to warrant criminal indictments and trials.

The bottom line: Anyone who wants the full truth to come out about the Bush-Cheney administration’s use of these interrogation practices cannot count on a special prosecutor.

A well-managed and thorough congressional investigation that placed a premium on public disclosure could serve the public need for accountability. So could an independent commission. Several human rights groups–including Amnesty International, Human Rights First, Human Rights Watch, and the Center for Victims of Torture–have asked Obama to establish an independent nonpartisan commission that would examine the torture and abuse of detainees and issue a public report.

But Obama doesn’t seem keen on this. Last Tuesday, Obama said that he believed a commission with “independent participants who are above reproach and have credibility” would likely be a better choice than a congressional inquiry because “the typical hearing process…can sometimes break down…along party lines.” But he noted, “I’m not suggesting that [a commission] should be done.” Three days later, White House press secretary Robert Gibbs was asked if the Obama administration would rather not see an independent commission, and Gibbs said that Obama believes “that the release of the memos are not a time for retribution but to reflect on what happened and that we’re all best suited looking forward.” He added that Obama had concluded that “the concept [of a 9/11-like commission] didn’t seem altogether workable in this case.” That is, a commission, no, thank you.

With Obama not willing to press for a commission, that leaves Congress to do so. The 9/11 commission was set up by Congress, essentially over the objections of the Bush-Cheney White House. (Senator Joe Lieberman introduce the legislation that established the commission; Senator John McCain was a cosponsor.) But no one in the current Democratic leadership of either the House or the Senate is pushing for an independent commission to study the Bush administration’s interrogation techniques. Nor have they embraced Senator Patrick Leahy’s proposal for a “truth commission” that would examine torture and other controversies.

With congressional leaders mostly mum on the commission idea and with the Senate intelligence committee pursuing a quiet probe with no guarantee of full public disclosure, it’s no wonder that some liberals are pushing for a special prosecutor. But they ought to keep a mind a special prosecutor is foremost a crime-chaser–which may indeed be needed in this instance–not an exposer of wrongdoing. And in Washington, justice and truth can sometimes be two very different things.