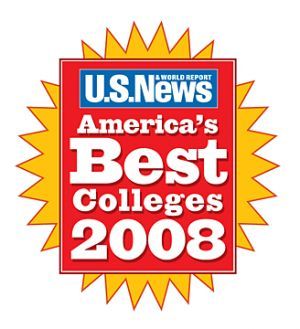 Last week, Clemson University admitted to manipulating U.S. News and World Report‘s college ranking system. The scandal was embarrassing for Clemson, but it also put the magazine on the defense. Not a great place for a publication to be these days. So what does this mean for the future of USNWR?

By some measures, the magazine is not doing particularly well. In the beginning of 2008, it had  lower sales than the other two leading newsweeklies. In June of 2008, the magazine’s publishing schedule went from weekly to biweekly; by November it was down to monthly.

Death knells for USNWR? Probably not, for one simple reason:

The annual college-ranking issue is a major cash cow. In 2007, the magazine’s publisher told the NY Times that within 72 hours of its online release of college rankings that year, the website received 20 times the visitors it usually receives in an entire month. Print, too:

A typical college-ranking issue, Mr. Dyer said, sells 45,000 copies on the newsstand, 50 percent more than a routine issue. In book form, U.S. News sells hundreds of thousands of copies a year of its various college guides. And every year, there is a new crop of fretful high school seniors and high-strung parents.

“This,” Mr. Dyer said, “is a continually renewing market.”

Mr. Kelly, the magazine’s editor, added, “These things are annuities.”

Robert Morse, director of data research at US News, told me that colleges seeking to improve in US News’s indicators will also improve in reality. “We believe the factors that we’re using measure academic quality,” Morse said. “If a school targets those variables, students aren’t going to be hurt.”

But Inside Higher Ed points out that Clemson has become much more exclusive over the past several years. Today, fewer than ten percent of its undergrads are first-generation college students.

The Clemson kerfuffle was only the most recent reminder of the extent to which USNWR holds colleges and universities in its thrall. Back in 2005 in a blog post entitled “Small Change by U.S. News Leads to New Controversy in Rankings,” WSJ‘s Bialik reported on how the magazine’s new LSAT-score policy discouraged racial diversity at law schools:

…one effect of the change is that lower test scores for incoming students now hurt schools’ rankings more than they did before. For advocates of affirmative action and lawyer diversity, that’s a problem, because blacks score lower, on average, on the Law School Admission Test than do whites.

Ugh. Surely there’s a way to evaluate schools without turning the whole thing into a numbers game where students are the losers. Ideas? Post ’em in the comments.

Update: On USNWR’s peer assessment survey, which accounts for a quarter of a school’s overall ranking, college administrators gave their own schools rave reviews while playing down competitor institutions.