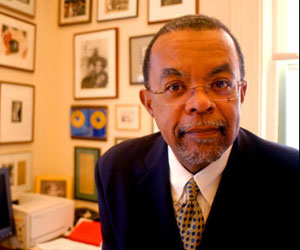 Smiling triumphantly, I opened the front door to the outside only to find myself staring down the barrel of a cop’s 9mm. I don’t think I said a word. Just slowly put my hands in the air. Let the officer cuff me and put me in the cramped backseat of his cruiser.

The scene was Emeryville, California. It was 1993, and I had just entered the residence where my companion was house sitting through an unlocked upstairs window. We’d accidentally locked the keys inside. The neighbors didn’t know that. They just saw a man trying to get in. Eventually, I was released, albeit upset and humiliated to be treated like a criminal, but I knew better than to get in the face of a police officer. I’d already learned that the hard way.

Flashback to one Sunday afternoon in the summer of 1989, when police had reported to the West Oakland BART station parking lot in response to noise complaints about an afternoon party across the street.

My old punk-rock band had been playing at a run-down rented house with a few others—may hve been Green Day in their earlier days. After we’d finished our set, I wandered across the street with a friend. That’s when an altercation of other partygoers broke out in the BART lot, not 100 feet from several Oakland police cruisers, drawn by the noise of the party.

The cops did nothing to stop the fight, but partygoers helped separate the brawling parties, and the cops detained them. Shortly thereafter, with observers crowding around the lot, one officer walked a full circle around my companion, then told him to take a hike or get arrested. At his first word of protest, the officer grabbed and cuffed him.

This struck me as unjust. “Why are you arresting him? He didn’t do anything!” I said.

“Shut the fuck up,” said a couple other officers.

“I have a right to know why you’re arresting my friend!” I protested.

Apparently not. They tackled me from behind. Twisted my arm painfully behind my back. Somebody kicked my head into the pavement, leaving a large welt on my forehead. I was cuffed—so tightly it hurt for weeks—and thrown in the backseat of a cruiser piloted by one Officer Jim Burns.

“Name?” Burns finally demanded upon returning to the cruiser. I had no wallet or ID on me.

I proceeded, through tears, to taunt Burns, equate him to a Nazi, question his intelligence, his upbringing, and his patriotism. In retrospect, I was lucky he didn’t haul me off to some vacant lot and beat me to a pulp. He could have.

Long story short, I was transferred to a stinking paddy wagon and driven around the city for hours, with no bathroom breaks, until the van was packed with drunks and crack addicts. I spent the night in the city jail and was charged with interfering with the police—a felony—and, just for the hell of it, resisting arrest and public intoxication, the later entirely fabricated. Because they could. In the end, it cost $1,500 to hire a lawyer to convince the DA none of this was worth pursuing. Not every family could afford that.

I was shell-shocked by the whole experience, but it taught me an important lesson, one most black kids in Oakland learn from an early age: You just don’t talk back to the police. You don’t question them. You don’t call them a racist, even if you think they are profiling you. (And they probably are.)

Because you will lose, I’m sorry to say, whether you’re a black Harvard professor, a white boy biding his time before graduate school, or a street tough. Although I’ll never know what it’s like to be black in America, I can at least somewhat relate to what Gates was likely feeling that day. But he’s a celebrity, with clout in the Cambridge community. He could have taken his complaints straight to the brass or to his local politicians—as he no doubt will now. But get righteous on a street cop and you will lose every time. Gates should have known as much.