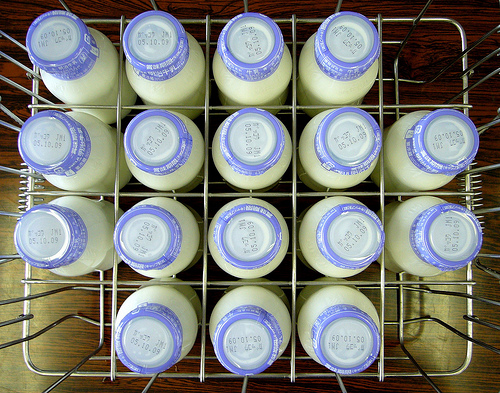 There’s something seriously wrong with America’s dairy industry. A thumbnail sketch: California dairy producers committing suicide like rural subsistence farmers in Andrah Pradesh; big-eyed dairy cows packed off to the slaughter house in record numbers; New Yorkers dolling out $6 a gallon, even as raw-milk prices plummet to lows not seen since Jimmy Carter’s administration. And in the midst of it all, dairy giant Dean Foods, the country’s largest processor of raw milk, is having the best year ever.

What gives? Despite the hold-steady price-per-gallon at Ralph’s, wholesale milk prices have plummeted to half of what they were a year ago, and just more than 20 percent what they were at the beginning of 2008. The situation is almost as egregious for consumers as it is for dairy farmers, who continue to abandon the industry or face pumping at a loss.

In New York City—where they have a milk price-gouging hotline!—the price of a gallon ranges from $2.25 to $6 in the same borough, despite traditionally strict, and strictly enforced, retail maximums. Late last year, the agency responsible for capping the price just …stopped. Meanwhile, California, the country’s top dairy-producing state, has completely abandoned its retail price floors for milk.

None of this has helped stanch the flow of dirt cheap raw milk into an already glutted consumer market. Farmers blame the nation’s two dairy processing giants, milk co-op Dairy Farmers of America and Dean Foods, which together manage virtually all of the 22.2 billion gallons of milk produced annually in the United States. Dean owns 50 major brands, and farmers who hope to sell under them are obligated to work through the DFA. And, surprise surprise, as milk plunged in value, Dean’s profits have soared.

But with September just days away, there’s another reason average consumer should keep an eye on the milk market this fall: notoriously shady school milk contracts. The half-pint has been a staple of the American educational experience since the 1920s, and where fat government contracts tread, scandal is never far behind. If you want to understand it, look no further than New York City.

Brooklyn, New York’s most populous borough, just finished negotiating both of its lucrative school milk contracts, which go up for bid every five years. It’s a knock-down drag-out fight but the spoils are well worth the effort because the state Dairy Board mandates that milk, and only milk, be served in the city’s cafeterias. Sounds wholesome, until you realize that New York City doles out about 880,000 free lunches a day, making each of the city’s exclusive contracts a huge cash cow. Add that to the woes of farmers in the third largest dairy producing state in the country, and you’ve got something worth crying over.