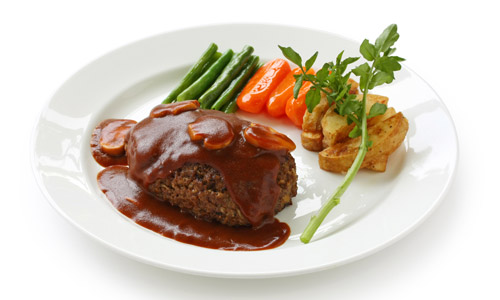 The British supermarket giant Tesco is no longer sending any trash to the landfill. Impressive, considering the company’s annual waste weighs as much as 75,000 double-decker buses. A company press release lists a few examples of how Tesco is making all that garbage disappear, including turning recycled carrier bags into trash bags and recycling used cardboard boxes to make new ones for the store. Then there’s this:

• Re-using waste meat to generate fuel through a third-party plant which goes back into the national grid as electricity – at present, 5,000 tonnes of waste meat generate c. 2,500 mega watt hours of renewable electricity.

Huh. Over at Triple Pundit, Mary Catherine O’Connor points out that this isn’t quite as sustainable as Tesco is making it sound:

OK, great, but why does Tesco generate 5,000 tons of waste meat? Assuming that’s an annual figure, each of the 2,282* Tesco stores in the UK would be trashing about 2 tons of meat each year (the largest stores would generate much more than small corner outlets). Sure, generating power is a better use of the waste meat than tossing it into landfills (where it will continue to produce methane, which may or may not be captured), but the animals that created those 5000 tons of meat took a tremendous amount of energy and water to raise and what about all the greenhouse gasses, including methane, that went into their production?

This all got me wondering exactly what kind of meat was wasted the most. Here in the US, we toss four percent of all our chicken and beef and an astonishing 12 percent of lamb/goat and 25 percent of veal. As a rule of thumb, more unusual meat means more waste, according to this report (PDF):

Retailers indicated to the Perishables Group that they feel they must offer lamb to consumers, just as they offer veal. Consumers are often unclear on how to prepare lamb and therefore decide not to buy it. Lamb is more likely than some other meats not to be sold before its expiration date.

So one way supermarkets could reduce meat waste would be to stop stocking meat people don’t actually buy. Customers who want, say, an ostrich steak or goat ribs, would have to order it in advance.

Other ideas for reducing meat waste? Leave ’em in the comments.