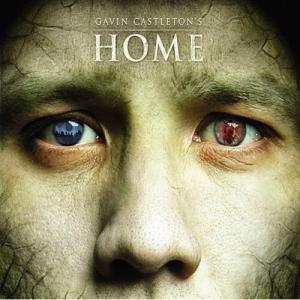 You’ve heard this story before: Boy meets Girl. Boy and Girl fall in love. They hit a rough patch, work it out, and love overcomes, happily ever after. Now, try out this twist: Boy meets Girl. They fall in love. Things get rough. And then zombies show up. That’s the idea behind this epic 14-song album on micro-label Five One Inc. After parting ways with his longtime girlfriend, Providence, R.I.-based Castleton wanted to chronicle the breakup’s effect on his life. Home is a lush, musically diverse endeavor, recorded on a shoestring but so rich in its production it’s hard to believe it’s not coming from major-label resources.

The songs cover a wide variety of styles and emotions, but together craft a twisted Joss Whedon-like musical storyline. It’s an album that demands to be listened to as a whole, not merely as a collection of disjointed songs. I prefer the second half (the zombies show up six songs in as a metaphor for the buried baggage that is slowly tearing the couple’s love affair to shreds.) That’s not to say the first half of the record doesn’t have its stellar moments; the groove that emerges four minutes and twenty seconds into “Stampete” is irresistible. Some lyrical moments were lost on me, relationship details that left me scratching my head. I let those slide in anticipation of the zombie ordeal. I caught myself holding my breath the first time I listened to “Unparallel Rabbits,” so caught up was I in the tale unfolding through my headphones.

Originally, Castleton had planned to have his ex-girlfriend perform the female vocal parts, but when that proved unfeasible, he enlisted Lauren Coleman of MDB Records’ Pebaluna to do it. To Castleton’s credit, he does his best to interpret events from his ex’s perspective, and bolsters that perspective side with Coleman’s vocal power. You can listen to the entire album on Castleton’s website, which is visually engaging and has with lots to explore, but I’d recommend picking up a copy for yourself; last I heard, Gavin was applying for work at Wendy’s. Homeboy is struggling, apparently. And if you help spread the word about Home using the send to a friend feature, you’ll get a special gift from Mr. Castleton: a jaw-dropping cover of the Prince tune (you might recognize it as a Sinead O’Connor hit, but his Purple-ness wrote it) “Nothing Compares 2 U.”