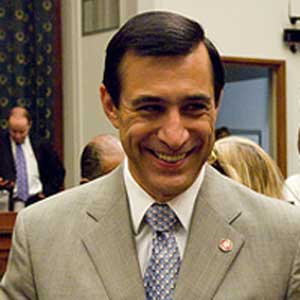 On Friday, the Census Bureau broke its ties to the Association of Community Organizations for Reform Now (ACORN) after several ACORN officials were caught on hidden cameras offering advice to conservative activists posing as a stereotypical prostitute and an outrageously stereotypical pimp. ACORN was originally one of 80,000 community groups that agreed to help promote the Census, but with the hidden-camera footage all over the internet and Fox News, the bureau decided it didn’t want the free help. (On Tuesday, the Senate joined the pile-on, overwhelmingly passing a law blocking ACORN from receiving any funding from a number of federal sources.) ACORN, long a target of the right, became a bête noire for conservatives during the 2008 election cycle when Republicans argued that some ACORN employees’ submission of fake voter registrations was evidence of massive, widespread voter fraud.

The sudden Census-ACORN divorce was an early scalp for Rep. Darrell Issa (R-Calif.), the ranking GOP member of the House oversight committee, who has been hammering ACORN for months. Issa hasn’t minced words: In July, his office released a report asking whether ACORN was “intentionally structured as a criminal enterprise.”

Issa quickly took credit for the new developments, crowing to Fox News that “ACORN’s partisan election efforts and its involvement in criminal conduct rightly disqualified it from working on the non-partisan mission of the Census to accurately and honestly count the U.S. population.” He also tweeted: “Finally, the Obama Admin passes on the nuts, ending ACORN’s Census involvement. Excellent work by Team Oversight,” and promised to “stay on the case to make sure the Census Bureau stays nut-free, ACORN or otherwise.”

Issa’s ACORN win is part of his all-out effort to hold the Obama administration’s feet to the fire—even though Republicans are a minority in Congress. It’s a self-conscious effort to recreate the trouble that Rep. Henry Waxman (D-Calif) caused for the Bush administration when Waxman headed the Democrats on the oversight committee. And the ACORN affair is just the beginning. I profiled Rep. Issa, a car alarm magnate-turned-politician, in the September/October issue. Read it!