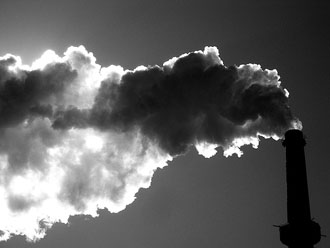 Photo by Flickr user <a href="http://www.flickr.com/photos/senor_codo/352250460/">Señor Codo</a> under a Creative Commons license.

“Is Copenhagen Dead?” we wondered last week, as two prominent officials sounded the alarm over a lack of committment by the United States and other economic powers leading up to December’s big climate-change summit. Of course, that’s hardly news to Bruce Bueno de Mesquita, a New York University political scientist who has made a career of applying game theory to world-affairs puzzlers. He and his students identify questions that hinge upon jostling among key political players; research the players’ motivations, relationships, and past behavior; and then use advanced computer modeling to predict how they will act under scores of scenarios.

His method is fairly controversial, but Bueno de Mesquita boasts a high accuracy rate. According to a recent profile in the New York Times Magazine, the CIA has hired him to run upwards of a thousand predictions, and later determined in a report that the professor “‘hit the bull’s-eye’ twice as often as its own analysts did.” (The professor also appeared on Jon Stewart this week.) One of the examples in his new book, The Predictioneer’s Game, which hits bookstores September 29, looks at whether an international climate pact stands a chance when it comes to stabilizing global carbon dioxide emissions down the road. We asked him to drill down a bit.

Mother Jones: What specific question did you pose regarding Copenhagen?

Bruce Bueno de Mesquita: Actually, the question was broader. I was looking at what the long-term political trends and support internationally would be for reducing greenhouse gas emissions through international treaties.

MJ: What turned out to be the most important factor?

BBdM: In general, when one tries to put together a universal, global agreement, there are two sorts of patterns. To get almost everybody to sign on, the agreement might not ask for significant changes in behavior. Or it asks for significant changes but lacks either good monitoring—so it’s hard to detect who’s cheating—or sanctioning power to punish cheaters. So in essence, it fails to work. If you look at the record of Kyoto, that’s a pretty good description. Even the Japanese, who were very enthusiastic, shortly thereafter announced that they couldn’t meet the reductions they had agreed to.

MJ: What’s the outlook for Copenhagen?

BBdM: Our analysis shows that the Copenhagen setting will be used to put together what I would describe as a feel-good agreement without teeth. The drivers are that the US and the Europeans are less willing to take really big steps in the absence of similar commitments from the growing greenhouse emitters: China, India, Brazil, and so forth. So the problem is that things don’t get enforced. It’s not that this is going to fail immediately. The analysis shows that over the first few years there will be improvement, and then commitment will erode steadily and move away from enforcing the agreement. At the same time, technology changes will be pushing in a positive direction. The other thing this shows is that if the US were committed to a fundamental change in greenhouse gas emissions, it doesn’t need Copenhagen; it doesn’t need an international agreement. This could be done unilaterally. If Congress decided that it’s gonna put a fixed tax on gasoline to ensure that gas doesn’t fall below some optimal price, say $5 a gallon, people would change their behavior. There’s nothing stopping the US from doing that.

MJ: So somebody has to commit political suicide to make this happen?

BBdM: That’s probably correct. Every sensible politician will be in favor of something happening off of their watch: Yes, we will commit to reducing greenhouse gas emissions starting year X—X being the year they’re no longer in office.

MJ: Was anything surprising about these results?

BBdM: What surprised me is that support built a head of steam, but it collapses quite dramatically within 5 to 10 years. I was surprised at how quickly and sharply it erodes.

MJ: Did you look at how catastrophic events—rapid melting of polar ice caps—could drive behavior?

BBdM: I have run the model hundreds of times, allowing key variables to receive probabilistically determined shocks, changes to their value. It’s an effort to anticipate the social, economic, political, and environmental earthquakes that we can’t anticipate. We don’t know how big they’ll be, we don’t know when they’ll come, but we can allow for a very wide array of these possibilities. In The Predictioneer’s Game, there’s a graph that shows worst case, best case, and the probability density around the likely outcome. It shows that this is a very robust result—there’s a 95 percent confidence interval around the predictions, and as I recall, it was pretty narrow. The predicted results were quite stable.

MJ: Is there any scenario under which Copenhagen succeeds?

MJ: Did someone hire you to do this analysis?

BBdM: This was done by some of my undergraduate students in an NYU seminar course called “Solving Foreign Crises.” They get very, very, very intense feedback on their assumptions and the generation of the data. The group that worked on the environment was a particularly smart group of kids, so I have a lot of confidence in their data.

MJ: Must have been a depressing project.

BBdM: They were coming at it from a very optimistic and hopeful view. They spent a lot of the semester trying to work out the strategic maneuvers that one or another group of players could adopt to alter the lay of the land. And it was hard to alter.

MJ: So why does commitment to the agreement erode?

BBdM: The reason that comes out in the modeling is a) it’s not working, and b) conditions on the ground—the cost of fossil fuel, for instance, and improvements in technology—mean that people will be regulating out of self-interest, rather than out of some collective action.

MJ: It seems our politicians are allergic to doing anything that has an economic impact, like raising gas taxes.

BBdM: This is the difficulty, and this is why they would like an international agreement they can hide behind: “Well, those guys aren’t behaving well, so how can we punish our citizens when they’re not?” As opposed to, “Yeah, we really believe in this so we’re going to adjust our domestic policy.” They are allergic to things that cost them significantly the prospect of getting reelected.