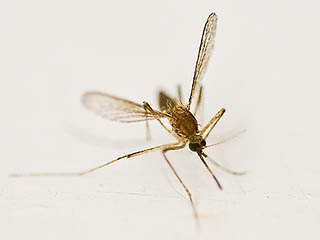 Just about one year ago, Barack Obama was elected to be the 44th President of the United States. Proclaiming change across the board, Obama swept in to office on a wave of hope and optimism for millions of people, and his mandate for change created some pretty high expectations for fast, meaningful change. Those passionate about food, food safety, and the politics of safe and sustainable food production were certainly among those counting on the President to put his presidency where his promise had been. A year later, this is where we’re at.

Will the Climate Bill Grant Obama the Powers of Dictator?

No, no, it won’t. I wish this could be a one-word post, but unfortunately, I think I’ll have to do some explaining. You see, in one of the odder charges against the now-bipartisan climate bill, Senator David Vitter (R-LA) has taken to saying that it will arm Obama with the powers of a dictator. This, of course, is not the case, but that never stopped these bizarre mutterings from developing into full-fledged talking points.

World oil reserves are far lower than officially reported, the situation far more serious than publicly admitted, and we’re already past peak oil. That’s the word from two anonymous IEA whistleblowers. To add insult to industry, the figures were deliberately massaged, at least in part, to appease the United States. Somehow this all seems painfully expected.

Will “Green Religion” Save Us or Sink Us?

To me environmentalism is anything but a matter of faith, but rather a question of sound scientific understanding that material resources. And since the Earth’s ability to support life is limited it’s in our own self interest to live within our planetary means. But it proves how much attention I’ve been paying to headlines as a UK court has determined that belief in global warming is indeed akin to a religious or philosophical conviction. Depending on who you talk to, this could either be good for environmentalism, or very, very bad indeed.

To lower mosquito exposure in malaria-prone places there are two basic pesticide use strategies. The half-century old approach is to spray entire towns, as well as the surrounding countryside, with a pesticide such as DDT or pyrethrin. Now comes news of promising results from field trials of carbamate-impregnated polypropylene, non-woven fabric or “sheeting” as it is being called. We’re not talking Ralph Lauren wallpaper over drywall…

Calling it a “moral response to an immoral situation” and drawing inspiration from social justice luminaries like Mahatma Gandhi and Martin Luther King Jr., the organizers of Climate Justice Fast, and a growing list of 150+ supporters from around the world, have begun a hunger strike to last through the end of the COP15 climate change conference on December 18th. Fasters will subsist on water alone for more than 40 days.