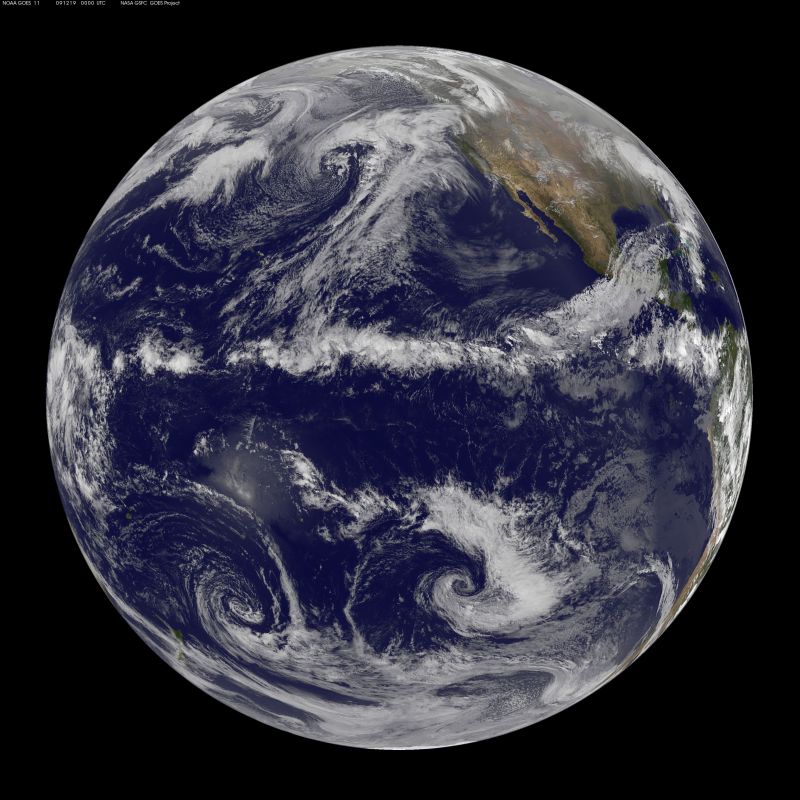 Trolling the science news today, as Copenhagen devolves into a shambles of squandered opportunities and the wasted hopes and dreams of most of the people on the planet, I can’t help but notice how the big push is over. For the last couple of months, there’s been a monstrously huge collective effort in the scientific world to present findings that might persuade the politicians to actually act on climate change.

You know, a Really Meaningful Deal. Not the meaningful deal we got.

Today, in the midst of frustration, anger, sadness, a lot of people seemed to need to leave the Earth behind. Evan Lerner at Seed articulated it well:

I enjoyed his word portrait of the astounding discovery of a water-rich world “only” 42 light years away. Until I remembered that one explanation for why we’ve never had contact with other intelligent beings in the universe is because no society has survived the ecological suicide we’re currently committing.

New Scientist chose to amuse us with 10 oddities from London’s Wellcome Library that made even the staff scratch their heads in puzzlement. I found myself engaged with their series of photographs of peculiar objects, like weird amputated paws and [spoiler alert] nipple protectors. I took their multiple-choice quiz reminding me of our limitless ignorance.

The BBC distracted us momentarily with the possibly momentous announcement of the detection of signals that could indicate the presence of dark matter. The irony is infinite. Just as we start to figure out the universe, we deprogram our own life support.

I managed to get really lost in Science Now’s The Origins of Tidiness, detailing at an 800,000-year-old hominin site in Israel where Homo heidelbergensis practised super housekeeping:

“The team found that hominin activities were concentrated in two main areas at opposite ends of the strip. Knapping of stone tools made from flint was concentrated in the northwest area, while production of tools made from basalt and limestone was concentrated around a hearth in the southeast. There was also a clear pattern of animal and plant remains. For example, remains of crabs consumed by the hominins were clustered around the hearth, as were the remains of nuts and stone tools, such as anvils and choppers, suitable for cracking them open. On the other hand, fish bones were found in two clusters, one at each end of the excavated area. The team concludes, in its report on the findings in the 18 December issue of Science, that the hominins’ division of their living space into designated activity areas is a sign of “sophisticated cognition” once thought to be the special preserve of modern humans.”

That’s pretty exciting. But then I realized that 800,000 years later, we still can’t put our planetary house in order.