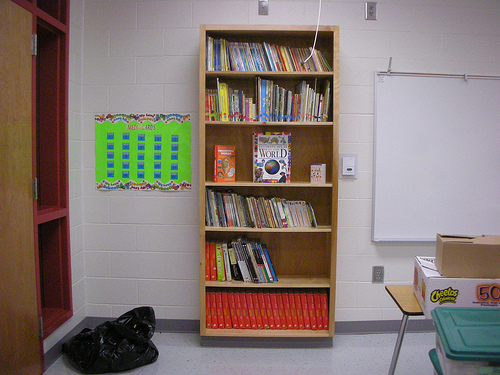 The Atlantic has a story in its January/February issue promisingly titled “What Makes a Great Teacher?” What indeed? As someone who follows education reform closely and occasionally writes about it, I clicked through to the article, eager to see what the writer, Amanda Ripley, had to say on one of the most puzzling, beguiling, confounding questions in all of education. What I found was far from inspiring or groundbreaking, and to be honest felt less like journalism and honest inquiry into teacher performance and more like, well, a Teach for America press release.

I guess the story’s subhead should’ve clued me in:

For years, the secrets to great teaching have seemed more like alchemy than science, a mix of motivational mumbo jumbo and misty-eyed tales of inspiration and dedication. But for more than a decade, one organization has been tracking hundreds of thousands of kids, and looking at why some teachers can move them three grade levels ahead in a year and others can’t. Now, as the Obama administration offers states more than $4 billion to identify and cultivate effective teachers, Teach for America is ready to release its data.

What follows is nearly 6,000 words that mainly focus on the Teach for America’s long-term data collecting on the performances of its teachers and their students, all in hopes of answering, as the story’s title suggests, a crucial question: What distinguishes good and great teachers, the ones whose students excel in the classroom and are eager to learn everyday, from the rest of the pack? (Teach for America, or TFA, for the few stragglers still unfamiliar with the program, is a nonprofit organization that takes a class of smart, talented college graduates each year; puts them through TFA’s five-week summer training program; then places them in low-income schools throughout the country where they teach on a two-year contract.) The promise of The Atlantic story is it will reveal the results of TFA’s exhaustive, long-term teacher data and offer rigorously tested, refined, definitive predictors on what makes a good teacher.

Excitedly I read on—through the author’s formulaic framing of the good-teacher-versus-bad-teacher-and-why, the story of the man behind TFA’s data-collecting, Steven Farr, her own observations of potential TFA teachers’ test lessons—until I arrived at the part where Ripley finally answers her title question. Those answers, unfortunately, arrived with a whopping thud.

After all that wind-up, great teachers, Ripley wrote, have these things in common: They set big goals; try to improve; engage with their students and parents; plan well; and persevere in the face of budgetary cuts, pesky bureaucrats, or student issues outside of the classroom like poverty. Sad to say, that’s hardly a revelation. And based on all that data and analysis, she reports, TFA recruiters have identified very specific traits to look for in future TFA teachers. Those include: grit, “life satisfaction,” past success, GPA, leadership skills.

That’s it?! 6,000 words to tell us that great teachers are good planners with big ambitions, that perseverance and good grades and a glittering resume equate to future success in the classroom? Correct me if I’m wrong, but that describes predictors of success in just about every profession out there. As the son of two teachers with 30-plus years of experience between them, I know how complex and nuanced and at times maddeningly frustrating the teaching profession is; how difficult it is to really reach students and engage them and help them excel in their work. On reading Ripley’s conclusions, though, I felt shortchanged.

What’s most irksome here, however, is that the author devotes no space at all to alternative solutions to the story’s animating question, even though any discussion of what makes a great teacher cannot begin and end with TFA and its data. Far from it. And on matters of balance here, she also fails to mention any of TFA’s downsides, quote any of its detractors. About as close as she comes is mentioning while TFA’s students outperformed their peers in math in the only independent results-based study on the organization, its students scored no better on reading. But as a recent college graduate well acquainted with TFA, I can tell you that not all applicants enter with the noblest of intentions: Some enter with no interest in teaching but to pad their resumes before grad school; some do it to get a job closer to girlfriends and boyfriends; others have quit the program midway through.

To be sure, TFA is a promising program that’s invested a lot of time and money in the future of our students. But they’re not the only solution, their data no panacea for identifying and training successful teachers. I presume that because Ripley got unprecedented access to and the scoop on TFA’s data, a narrow focus on TFA ensued. (“I had a lot of help” and “access to a treasure trove of data from Teach for America,” she writes on her blog.) But undergraduate and especially graduate programs in education around the country are doing fantastic work on both the theoretical and classroom sides of the equation trying to answer Ripley’s question—yet they get no play at all here.

That The Atlantic is committing column inches and bandwidth to the subject of education reform and teaching is encouraging, especially as fewer media outlets cover education in such depth anymore. But with so much space, why take such a narrow take on such a pressing and important question?