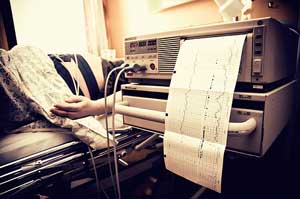 After a meeting on Tuesday evening, House Democrats finally seem to be settling on a plan to move forward on health care reform. But there are some major roadblocks standing in the way of their preferred solution—including squeamish senators, uncompromising anti-abortion congressmen, the Democrats’ own president, and, of course, the Republicans.

Here’s the strategy that House Dems are coalescing around: First, pass the Senate bill. Then, attempt to address some of their members’ concerns with that legislation through the reconciliation process—which would allow the Senate to pass adjusted legislation with a simple majority without the risk of a GOP filibuster.

The first big problem with this idea is President Barack Obama, who has so far refused to specifically endorse using reconciliation to move forward on health care. In fact, he has conspicuously refrained from pushing publicly for any particular strategy. All the administration has said is that passing some sort of reform is crucial. That leaves congressional Democrats wondering why they should stick their necks out for a gambit their own president won’t endorse. And Robert Gibbs, the White House press secretary, refused to answer pointed questions on Tuesday about whether Obama would use his State of the Union address scheduled for Wednesday night to endorse any specific strategies for passing health care.

Rep. Anthony Weiner (D-N.Y.) says the president has to weigh in. “Momentum has clearly stopped. We need the help of the president tomorrow night,” Weiner said Tuesday evening. Weiner added that the Democrats need “legislative marching orders,” and that if Obama doesn’t give them, “it’s a sign of his acquiescence.”  But House Majority Leader Steny Hoyer hinted earlier in the day that he doesn’t expect Obama to lay out a game plan in his address. “I would be surprised if [Obama] said specifically how he hopes to get health care done,” Hoyer said. If the President does remain mum on reconciliation in his speech, jittery Democrats could take it as a sign he doesn’t fully support the strategy.

Another problem with using reconciliation is one that has bedeviled the entire health care fight—abortion politics. In November, 64 House Democrats and every House Republican voted for an amendment proposed by Rep. Bart Stupak (D-Mich.) that opponents say would dramatically restrict the ability of health insurers to offer coverage for abortion. The Senate, however, passed a version of the bill with less drastic restrictions on private insurance coverage of abortion. Getting the votes to pass the Senate bill in the House will be hard. The original House bill passed by a narrow margin: 220-215. One of the yes votes, Rep. Robert Wexler (D-Fla.), has retired. Another, Rep. Joseph Cao (R-La.), will probably vote against the final bill. That already takes the tally to 218-216. Stupak has warned that he has 10 to 12 Democrats (including himself) who voted for the House bill but are committed to opposing the Senate bill’s abortion language. Some progressives, like Rep. Dennis Kucinich (D-Ohio), voted against the House bill but might be convinced to support a final compromise. But there are not 10 to 12 of them.

So if Stupak is counting correctly, Democratic leaders may decide they need to accommodate his demands in order to get the Senate bill through the House. There’s just one problem: they may not be able to change the parts of the Senate bill that Stupak objects to. Senate Democrats are doubtful that the Senate’s abortion language can be modified under the reconciliation process. To be eligible for reconciliation, a provision in a bill has to affect the deficit. Because the Senate’s language on abortion doesn’t change inlays or outlays, it would be very hard to modify it under reconciliation.

Not everyone agrees with that assessment: Budget expert Stan Collender told the Washington Post’s Ezra Klein yesterday that one “could make the case” that there is “very little that doesn’t belong in reconciliation.” But if the Senate parliamentarian says abortion language changes are out, House Dems would either need Stupak and his allies to cave or they’d have to bring on conservative Blue Dog Democrats who voted against the House bill. That could be a big lift.

If the Democrats can’t get the votes they need from their own party, they might look for them among the Republicans. But with the Democrats’ signature legislative priority on the verge of sinking, the GOP isn’t reaching out a hand. In a press conference on Tuesday afternoon held by a group of GOP House members who are also physicians, Rep. Tom Price (R-Ga.), the head of the Republican Study Committee, called on the Democrats to abandon their “job-killing agenda” and stop “the government takeover of health care.” Rep. Phil Gingrey (R-Ga.), warned that health care was being “turned over to the government lock, stock, and barrel.” And Rep. Phil Roe (R-Tenn.), told a story about a Democratic colleague who told him “it’s getting harder and harder to pass legislation the people don’t want.” They didn’t sound like people who might vote for a modified version of the Senate’s health care bill. “Republicans by and large made a political decision—they wanted Democrats to fail on health care reform,” observed Rep. Henry Waxman (D-Calif.), noting Sen. Jim DeMint’s prediction that a defeat on health care reform would be President Obama’s “Waterloo.”

The final big hurdle is getting the necessary 51 senators to support reconciliation. Four senators have already suggested they will oppose that step. (Update: At least eight have now raised concerns—although not all of them have taken definitive stances.) Sens. Evan Bayh (D-Ind.) and Blanche Lincoln (D-Ark.) have said they will oppose using reconciliation to “correct” the Senate bill. Sens. Joe Lieberman (I-Conn.) and Ben Nelson (D-Neb.) have suggested the Democrats start over entirely. Sen. Robert Byrd (D-W.Va.) often takes a hard line on procedural issues, and could also oppose using a reconciliation bill for this purpose. The Democrats can only lose nine Senators if they hope to pass the reconciliation fix—if many more Dems defect, even Vice President Joe Biden’s tie-breaking power wouldn’t be enough to save the bill.

All in all, the situation looks pretty bleak for supporters of health care reform. Still, Rep. Alan Grayson (D-Fla.), as usual, offered a different line than his colleagues. Democrats are where they’ve been for months, Grayson explained. There were always 50-some votes in the Senate to pass something like the House health care bill, he argued. Now, he says, the Democratic leadership is “systematically going though all the options and working out procedurally how to pass them,” with reconciliation being the most likely option. Democrats still have one big advantage, he said. Despite Scott Brown’s Senate win in Massachusetts, “59 is more than 50.” Supporters of the bill are counting on that fact to save health care reform.