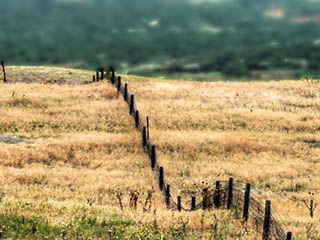 The headlines have been filled with the news that three prominent Democratic politicians—two of them senators—won’t be seeking reelection in the midterm elections this year. So how might the decisions of Chris Dodd, the well-known senator from Connecticut, and Byron Dorgan, of North Dakota, affect the still-uncertain future of the climate bill? It actually may be a good thing.

Six days into 2010 and the battle over mountaintop removal coal mining is set to start up again. Yesterday afternoon the Environmental Protection Agency announced that it had found “a path forward on two coal mining operations in West Virginia.” The two operations are both mountaintop mines, one in Lincoln County, one in Logan County. By early evening green groups, from the establishment to grassroots, denounced the EPA decision.

A Dangerous Quid Pro Quo? EPA to Give Up CO2 Regulation for a Clime Bill?

Sen. Lisa Murkowski (R-Alaska) will soon be allowed to offer an amendment to Senate debt legislation to strip the EPA of its ability, given to it under a Supreme Court decision and the Endangered Species Act, to regulate greenhouse gas emissions for one year. Murkowski, who sits on the powerful Senate Energy and Natural Resources Committee and is fervently against allowing EPA to cut greenhouse gas emissions, has been pushing the amendment for over a year.

Last month’s climate change summit in Copenhagen, which inspired so much expectation, seems to have pleased no one. Asked to describe their feelings post-Copenhagen in one word, TreeHugger readers responded with words like “disappointed,” “cop-out” and “fail.” Many people have described COP15 as a resounding failure, and maybe it was – but maybe not…

Most conservation studies focus on biodiversity, but to be successful in a real-world application, they must also consider the cost of research and protection programs. A new study that looked at conservation programs in the Mediterranean region has found that cross-border cooperation can increase program effectiveness while significantly reducing the expense.

North Dakota Threatens Suit Against Minnesota, For Even Thinking About Future Carbon Cost

Two years ago Minnesota made it a rule that electric utilities and power distributors should plan for future capacity expansions and so on by ‘taking into account the possibility of a carbon tax.’ Minnesota currently imports a great deal of North Dakota coal as well power generated from North Dakota coal. Thought being that coal-juice could suddenly get more expensive in the future, requiring a rate increase that impacts consumers adversely. The legislature’s intent was to plan for one plausible future direction, protective of citizen interests. But the ND Attorney General has chosen to intercede on behalf of Big Coal, saying, in effect, that he is considering a law suit to stop Minnesota planning for a future where the true cost of coal burning is taken into account. Interstate Commerce Clause of Constitution….blah blah blah.