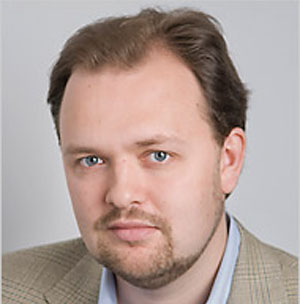 Ross Douthat‘s thoughts on health care outline the ideological stalemate that assures the demise of comprehensive reform. But you wouldn’t know it from his weekly column. So far this year, the New York Times‘ new conservative columnist has produced anemic columns on topics like Internet politics and Tiger Woods’ faith. But his strength is best showcased on his meticulously maintained blog, which moved from the Atlantic to the Times in December.

After Scott Brown swiped the Democrats’ Senate supermajority last week, the Times‘ youngest columnist (30) blogged about the future of health care legislation in the Senate. One post claims that the public rejects the high taxes of liberals and the aversion to government programs common among conservatives. So to pass health care, Douthat writes, both sides need to take baby steps. This “would mean trying to prod the country in the direction they want it to go, instead of trying to drag the public, kicking and screaming, toward wholesale transformations.”

At this point, comprehensive health care reform is a long shot. And although it would be a shame to let the last few months of legislative nightmare go to waste, Jonathan Chait and Ezra Klein agree that Democrats can’t salvage a scaled back version of the bill. But Douthat’s willingness to accept the Democrats’ ideas, if not their political strategy, makes him one of the Times‘ most surprising columnists. While he’s certainly conservative (pro-choice, pro-abstinence, anti-big government), he rejects the party-line Republican platform. He’s uncomfortable taking a firm position on gay marriage, for example, because his opposition is rooted in his Catholicism. In the current issue of Mother Jones, Mark Oppenheimer sums up Douthat’s unpredictable conservatism:

His comfort with complexity, and with those who disagree with him—along with his somewhat unconventional upbringing, his unorthodox ideas on abortion law, and his embrace of both popular culture and highbrow literature—make him a surprising conservative writer. More surprising than most of his Times readers would ever know, and compelling in ways his fellow conservatives may not like to admit.

For these reasons (not to mention his love for The Wire), Douthat is a great addition to the Times op-ed page. Read the piece for more about the quirky upbringing and budding career that make Douthat a great blogger, an important columnist, and perhaps America’s most interesting conservative voice.