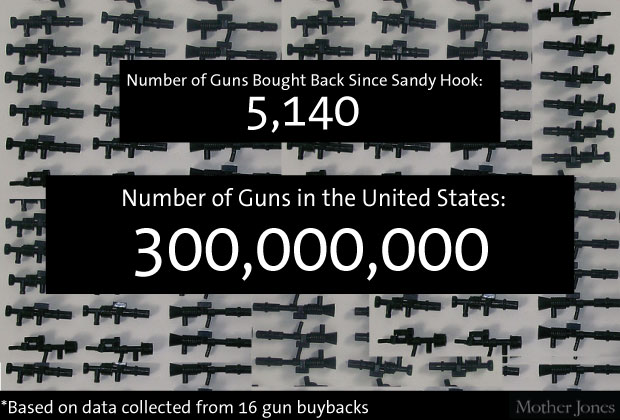 Blackwater improperly obtained hundreds of weapons intended for use by Afghanistan’s already underequipped police force—and then falsely claimed to a Senate committee that the firearms had been returned when many remained unaccounted for.

According to a months-long investigation by the Senate Armed Services Committee that unearthed a range of misconduct by the company’s personnel, contractors working for a Blackwater subsidiary named Paravant operated recklessly and routinely violated military regulations. The inquiry also identified a series of major vetting lapses by the company, which employed at least one contractor it had previously fired for improper behavior in Iraq and others who abused alcohol and drugs, including steroids. The investigation paints a grim picture of the state of contracting oversight in Afghanistan, where, according to committee staffers, military officials missed multiple red flags calling Paravant’s conduct into question—and were even confused about who was ultimately responsible for overseeing the company’s work in the first place.

On Wednesday the committee will hold a hearing on Paravant, which, in the fall of 2008 inked a subcontract with Raytheon to train Afghan National Army troops. The work, worth about $20 million over two years, was carried out under a 10-year, $11.2 billion contract known as Warfighter FOCUS. Paravant, one of numerous subsidiaries incorporated by Blackwater founder Erik Prince, was created solely for the purposes of this subcontract. According to Brian McCracken, a former Paravant vice president who now works for Raytheon, Blackwater and Paravant were “one and the same.” He said the subsidiary was created to avoid the “baggage” of Blackwater’s scandal-tainted brand.

The committee, chaired by Sen. Carl Levin (D-Mich.), first began investigating Paravant last summer, following an episode on May 5 when off-duty Paravant trainers opened fire on an oncoming car, killing two Afghan civilians and wounding a third. Similar to fallout after Blackwater operators gunned down civilians in Baghdad’s Nisour Square, the episode outraged Afghans and, according to the Justice Department, “caused diplomatic difficulties” for State Department officials in Afghanistan.

In January, two of the contractors, Justin Cannon and Christopher Drotleff, were indicted on second-degree murder and firearms violations. (They maintain that they fired in self-defense.) Blackwater moved quickly to fire the pair, saying they had violated the company’s policy prohibiting the consumption of alcohol. But Daniel Callahan, who initially represented the contractors, contends that the men were scapegoated. He claims Blackwater concocted the drinking charge as a pretext to fire them. What Blackwater wanted to cover up, he says, was that Cannon, Drotleff, and their Paravant colleagues were issued weapons they were unauthorized to carry. (A spokeswoman for Xe, as Blackwater is now known, did not respond to a request for comment.)

The information obtained by the committee, which combed through thousands of documents and conducted dozens of interviews, confirms widespread use of unauthorized weapons by Blackwater and Paravant personnel. And, say committee staffers, the shooting episode involving Cannon and Drotleff was not the first to involve Paravant contractors.

Five months earlier, in December 2008, a Paravant training team got the “wild idea” to take target practice from a speeding vehicle, according to the firm’s former program manager, Johnnie Walker. The team’s leader, Russell Cannon, mounted the car carrying an AK-47 and decided to “ride it like a stagecoach,” Walker told the committee. When the vehicle hit a bump, Cannon’s weapon discharged, striking a colleague in the head and seriously wounding him.

“The reckless disregard for weapons safety is particularly striking given that he and his team were hired for the specific purpose of teaching the Afghan National Army how to safely use their weapons,” said Levin in a prepared statement.

The shooting was reported by Raytheon to the Army’s Program Executive Office for Simulation, Training, and Instrumentation (PEO STRI), the military division overseeing the training contract. Yet, committee staffers say, PEO STRI officials took no steps to investigate the incident—and were unaware they had even received the report until Levin’s investigators confronted them with it in October. “If the shooting had been investigated, PEO STRI would have seen that Paravant personnel were using weapons improperly and unsafely, with inadequate supervision, and that they were carrying weapons they were not supposed to have,” said Levin. “If corrective action had been taken in December, the May 2009 shooting could have been avoided.”

This was just one of a series of oversight lapses by military officials, who also told the committee of routinely seeing Paravant contractors in possession of weapons but never checking to see if they had the requisite approval to carry them. Meanwhile, Blackwater and Paravant personnel were apparently well aware they were violating regulations. In November 2008, for instance, Blackwater’s country manager for Afghanistan, Ricky Chambers, requested Paravant personnel return the weapons they’d been issued. The reason? According to documents reviewed by the committee, the company was “expecting an investigation into Blackwater accountability in Iraq resulting from a lawsuit, and fear[ed] it will impact Blackwater accountability procedures in Afghanistan.” Chambers later recommended against approaching the colonel in charge of training the Afghan security forces to receive formal approval to use weapons authorized under a separate contract. The official, Chambers said, “may ask too many questions.”

Chambers, who declined to be interviewed by the committee, citing his 5th Amendment right against self-incrimination, eventually suggested Paravant contractors obtain weapons at a US-operated weapons depot outside of Kabul. Known as Bunker 22, the facility houses weapons and ammunition for the exclusive use of the Afghan National Police. According to the committee, Blackwater had previously acquired more than 500 AK-47s and other weapons from the facility, using them to arm contractors working for a variety of Blackwater-connected firms. The company was able to acquire the weapons via an inside connection with an official, Chief Warrant Officer Greg Sailer, who worked at the facility. Sailer was a one-time Navy colleague of Blackwater’s then-armorer, JD Stratton. On multiple occasions, Sailer facilitated the handover of hundreds of weapons to Stratton and other Blackwater contractors—in at least two cases, without any paper trail documenting the transfer. In another case, when Sailer conveyed more than 200 AK-47s to Blackwater, the contractor who took custody of them signed them out under the name “Eric Cartman” or “Carjman”—an apparent reference to the South Park character. (A Blackwater lawyer told the committee that the company had never employed an individual by either name.)

Since June, Blackwater has claimed at least twice that the weapons had been returned to Bunker 22. As recently as February 20, Blackwater told the committee that the company had “return[ed] all Bunker 22 firearms that had been issued to Paravant personnel.”

But, said Levin, “records obtained by the Committee prove the company’s statements to be false.” He added, “these are weapons that belonged to the Afghan National Police—not Blackwater. And it is only on the eve of this hearing that the company is giving the majority of them back to the Afghan government.” (This is not the first time Blackwater has been accused of possessing weapons it wasn’t supposed to have. In the past, the company has come under investigation for illegally smuggling assault weapons and silencers into Iraq.)

It’s bad enough that Blackwater improperly obtained hundreds of weapons intended for the Afghan police, committee staffers say. Worse still, Paravant distributed them to a crew of poorly vetted contractors who should never have been carrying them at all. Records released in connection with the prosecution of Cannon and Drotleff indicate that both had records of misconduct and violent behavior. And the backgrounds of other Paravant recruits were equally checkered.

Take Sebastian Kucharski, an assistant team leader for Paravant who had previously been fired by Blackwater in Iraq following an alcohol-fueled altercation. Kucharski’s name, say committee staffers, even appeared on Blackwater’s internal “Do Not Hire” list. Yet Blackwater brought him back on—only to fire him again last May after he got into another fight, this time with military personnel. Then there’s Karl Newman, a Paravant team leader, who was booted from the contract by the army after he attempted to “pull rank on a US Army Lieutenant.” Paravant’s ex-project manager, the aptly named Johnnie Walker, was let go after repeatedly violating the company’s no-drinking policy. The committee’s investigators found that other Paravant personnel were terminated for alcohol and drug use, including one contractor who was found in possession of steroids and hypodermic needles.

Committee staffers say Blackwater also took a cavalier approach to the supervision of its contractors. Following the shooting last May, Raytheon sent a written warning to Paravant for failing to exercise “sufficient command, control and oversight of its personnel.” Paravant responded: “If [Raytheon] believes that Paravant needs to supervise all sucontractor personnel at all times… Paravant will need to submit a request for equitable adjustment for the additional personnel, security, and other costs of providing such ’24-7′ supervision throughout Afghanistan.” In effect, say committee staff, Blackwater was seeking additional compensation for a duty it was already contractually obligated to perform—and in the process shirking responsibility for the actions of its personnel.

Oversight lapses in Afghanistan and Iraq have been well documented. And, according to a recent report by the Congressional Research Service, the actions of contractors—and those of Blackwater personnel in particular—have potentially undermined US foreign policy goals in both theaters. As Levin pointed out, “Even one irresponsible act by contractor personnel can hurt the mission and put our troops in harm’s way.”