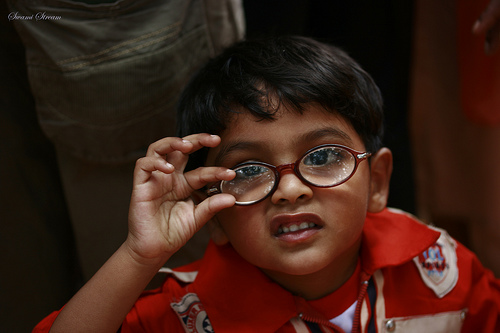 Charter schools suffer more from de facto segregation than their chronically segregated public school counterparts, claims a study (pdf) from the UCLA Civil Rights Project. The San Francisco Chronicle took the story and ran with it, even trekking across the bridge to the Achieve Academy in Oakland, a charter school with a student population that is 90 percent Latino.

What the SF critics have failed to point out is that, though segregation is “alive and well” in other districts, the Bay Area actually has the most segregated schools in the state. The other thing they neglected to mention? Achieve Academy is in Fruitvale, one of the most thoroughly Latino neighborhoods in Oakland. I would challenge anyone to find me a public school in Fruitvale that didn’t have the exact same student profile. More to the point, that’s what draws many charters to neighborhoods like Fruitvale in the first place–minority students under-served by failing public schools.  That doesn’t make de facto segregation right, but it does make the Chronicle piece sloppy–unless they attend Berkeley High, Bay Area students are virtually guaranteed  to go to a school where  80 percent of the student body is of the same ethnicity. Even San Francisco’s magnet high school, Lowell, is more than 52 percent Chinese, and 70 percent Asian. The difference between 70 and 85 and 90 percent as homogeneous as canned milk is not impressive to me.

By contrast, charters in the Bay Area are merely just as segregated as their California counterparts. Which would probably make them less segregated than Bay Area public schools.  So what’s the big deal? It seems, belatedly, that the media’s attitude towards charter schools has started to shift. To wit: the recent New Yorker profile of Secretary of Ed Arne Duncan, which spent valuable real estate debating the merits of the movement. Is the blush off the rose? Are unlucky states like California growing bitter watching the Race to the Top money slip them by? Are charters just the next in an eye-grabbing list of controversial topics newspapers have gripped in a desperate attempt to stay afloat, or should we really be worried about a weakened and battered Brown v. Board actually getting weaker? Too bad, SF Chron. I thought we were finally going to see some enterprise reporting. Nice you went over to Oakland though–good for you.