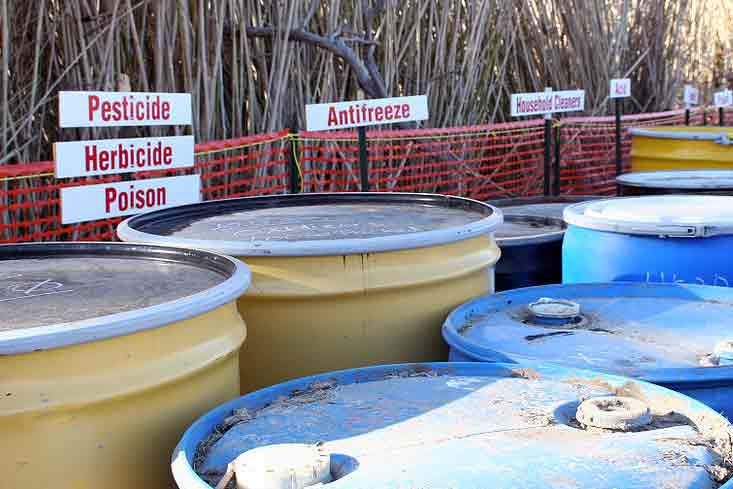 In Kettleman City, a town on Interstate 5 midway between San Francisco and Los Angeles, nearly half of the 1,500 mostly non-white residents live below the poverty line and an unusually high number suffer from cancer, asthma, and birth defects. Environmental justice groups and residents blame the town’s landfill, which contains polychlorinated biphenyls, or PCBs, a cancer-inducing, immune-weakening, development-impairing toxin. But the 23 years that they’ve spent lobbying the US Environmental Protection Agency to investigate the problem have come to naught. Until last week. Speaking at a protest of 150 people on Wednesday, Jared Blumenfeld, the new head of the EPA’s Region 9, pledged to visit Kettleman City, tour the landfill, and meet the mothers of infants who died or were born with birth defects. The breakthrough is one of the more tangible signs that Obama’s EPA could be getting serious about protecting poor and minority groups from the toxins that often disproportionatley affect them.

Environmental justice groups have had high hopes that the nation’s first African-American president understands their cause. As a Senator in 2007, Obama introduced the Healthy Communities Act, which would have expanded research on environmental toxins and provided funding to clean up blighted communities. During the presidential election, he vowed to strengthen federal environmental justice programs and provide low-income and minority communities the legal ability to challenge environmental policies that adversely affect their health. Asked if Blumenfeld’s visit to Kettleman City is part of Obama’s push to take environmental justice more seriously, an EPA spokeswoman wrote in an email, “Jared is an Obama appointee and the Obama administration has made EJ a priority.”

The Kettleman City case illustrates how “solving” environmental problems can just mean kicking pollution further down the socio-economic ladder. Some of the PCBs in the landfill come from a power plant in San Francisco’s predominately Black Bayview-Hunters Point community. In 2006, city workers found that Hunters Point residents living near the plant suffered from excessive rates of breast cancer, leukemia, childhood cancers, respiratory illness, and other diseases. That year, locals convinced the city to shutter the plant, but also sought assurances from the plant’s owner, Pacific Gas & Electric Co., that the hazardous waste collected from the site would not be funneled into another town.  “We couldn’t see our way to causing the same problems in other communities,” Marie Harrison, whose grandson suffered from chronic nosebleeds and asthma attacks, told me. Kettleman City residents fear that’s exactly what happened.

Advocates want the EPA to deny, or at a minimum, extensively review the draft permit that allows disposal company Chemical Waste Management to continue dumping PCBs in the landfill. They also want the agency to withdraw its 2007 draft environmental justice assessment, which denies that the landfill poses a health risk to residents. Until then, they’re witholding judgment on the EPA’s new approach to their cause.  Bradley Angel, Executive Director of Greenaction for Health and Environmental Justice, says, “We are seeing some concrete action to indicate that it might be a new day, but it’s too soon to tell.”