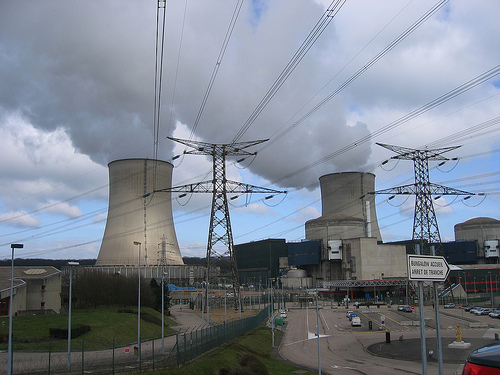 The Obama administration last week issued a loan the first new nuclear project to be initiated in decades, part of their plan to revive the nuclear industry in the United States. But amid the renewed enthusiasm for nuclear power, the Vermont legislature voted on Wednesday to shutter its only nuclear plant after the revelation that the owner had mislead officials about the plant’s safety.

The state senate voted 26-4 against a 20-year extension for the Yankee power plant (Vermont is the only state that gives the legislature a say in permit applications). The plant, owned by Entergy Nuclear, has been in operation for 37 years and its current license will expire in 2012. Over the past few months, isotopes of radioactive cobalt, zinc, and tritium have been found to be leaking from the plant.

Last year, vice president of operations at Entergy Nuclear Jay Thayer testified under oath to the Vermont Public Service Board that weren’t any underground pipes carrying radioactive water from the plant. It later became abundantly clear, after a panel of nuclear experts looked into it in October, that there were pipes under the plant carrying radioactive waste. Entergy later admitted that there were in fact 40 pipes under the plant. Follow-up studies found that those those pipes have been leaking hazardous waste for years and the levels of radioactive contamination are growing in several on-site wells at the plant.

Entergy has called the situation a “misunderstanding.” “It was never my intention to mislead anyone, and I apologize for the confusion that this has created,” Thayer told a local reporter Thayer was “permanently relieved of his duties in Vermont” soon thereafter. The Times Argus state paper has a detailed timeline on the story, and Osha Gray Davidson also has a handy recap of the scandal.

And for the kicker? Yankee’s website can be found at SafeCleanReliable.com.

Of course, this is an old plant, and the nuclear renaissance the Obama administration is planning would be built with newer reactor models that “are designed to be built in a way that’s safer and more economical,” as Energy Secretary Steven Chu told reporters last week (though the design proposals currently on the table have yet to win approval from the Nuclear Regulatory Commission). But the more important issue for legislators in Vermont case is not the leak (as it tests thus far haven’t found it affecting drinking water supplies), but that Entergy did not provide adequate and accurate information about the plant.

The plant may continue to be a problem for the state, even after it closes down in 2012. Decommissioning is expected to cost $1 billion (almost the of the entire annual budget for Vermont). Entergy has only about $450 million on hand, according to reports.