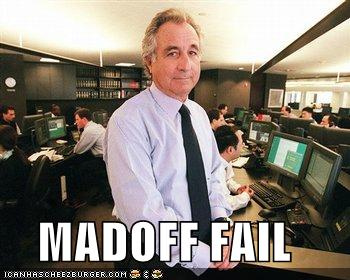 In a letter sent today to Congress’ banking and finance committees, a leading government watchdog has urged House and Senate lawmakers to crack down on the financial-services industry’s internal “private self-regulatory organizations,” or SROs, a less understood but problematic player in the global financial meltdown. Put simply, an SRO is a regulator within, say, the securities industry tasked with protecting investors, but is often led, in a glaring conflict of interest, by the very same people that regulator is supposed to be overseeing. If that sounds dubious, well, that’s because it is. And as the Project on Government Oversight (POGO) contends in its letter, one prominent SRO, the Financial Industry Regulatory Authority (FINRA), has an “abysmal track record,” so much that POGO openly questions “whether FINRA can ever be an effective regulator given its cozy relationship with the securities industry.”

Despite FINRA’s stated commitment to “putting investors first,” a look at the regulator’s record in the past few calamitous years casts doubt on that claim. FINRA, the POGO letter states, neglected to step in and regulate firms like Lehman Brothers, Bear Stearns, and Merrill Lynch that all collapsed under FINRA’s watch, while also failing to spot the massive, multibillion-dollar Ponzi schemes run by Bernie Madoff and Allen Stanford. In Stanford’s case, POGO found, an internal FINRA review discovered the regulator missed Stanford’s scheme on several occasions; and with Madoff, the private regulator claimed it wasn’t at fault for letting the biggest Ponzi scheme in history slip by even though experts said Madoff was under FINRA’s purview.

Then again, when you look at FINRA’s leadership, it’s hardly surprising the regulator failed to spot the likes of Madoff and Merrill, Stanford and Bear Stearns. As POGO’s letter says, conflicts of interests are rife within FINRA, to wit: FINRA chairman and CEO Richard Ketchum is a Citigroup alum; the regulator’s executive overseeing member regulation came from Charles Schwab; and another executive in charge of enforcement is a former partner at a top law firm representing major financial institutions. Not to mention FINRA’s ties to Madoff and Stanford—Shana Madoff, Bernie’s niece, was on FINRA’s compliance advisory committee until the firm went under, and two top level staffers for Allen Stanford served on other FINRA committees. “FINRA’s numerous failures,” POGO writes, “should hardly come as a surprise given the incestuous relationship between SROs and the financial services industry.”

Yet despite these criticisms, FINRA’s Ketchum wants more power for his organization, like overseeing investment advisers as well as securities brokers. Thus the purpose of POGO’s letter today is to urge Congress not to let that power grab happen, and even more to encourage House and Senate lawmakers to curtail FINRA’s authority. “Effective, independent, and efficient government regulation is the only proper way to safely oversee our markets,” the letter concludes. “Our economy is too important to be left in the hands of the very financial industry that brought us to the brink of collapse.”