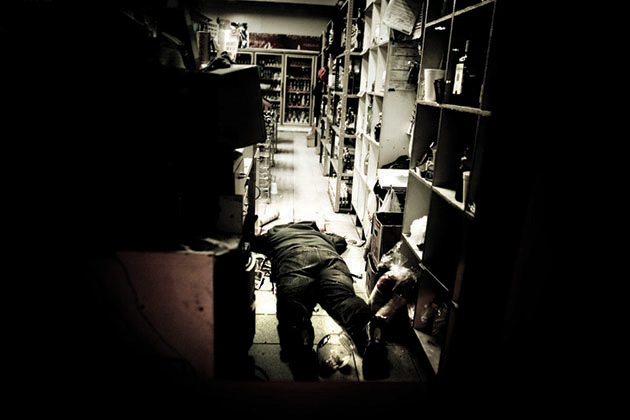 A man lies dead in Tijuana, Mexico. Most likely he was another victim of a recent rash of drug violence that has left more than 700 dead in this border city.

One of the bloodiest wars in the world is taking place just next to America’s southern border, among Mexican drug cartels battling for control of illicit narcotics. As rival gangs stake their turf, the death toll is on the rise: Last year, 6,600 lives were claimed by the war, up from 5,800 the year before. In Ciudad Juarez alone, 550 people have been murdered so far this year, compared to 449 during the same period last year.

The bloodshed isn’t just affecting gang members. In January, 16 innocent teens were killed at a party in Juarez. And earlier this month, two students at Monterrey’s Technological Institute were murdered in crossfire.

In response to the carnage, the American and Mexican governments have announced an extensive overhaul of their policing efforts. There will still be troops—50,000 have been dispatched over the past three years—but the countries will also focus on social program development, intel sharing, and more efficient cops and courts.

The effort will kick off with pilot programs in Juarez and Tijuana, the largest border cities in Mexico. In Tijuana, the setting of this photo essay, 700 people lost their lives to the drug war last year.

Whether or not this new effort will work remains to be seen. As Charles Bowden recently wrote in Mother Jones:

There are two Mexicos.

There is the one reported by the US press, a place where the Mexican president is fighting a valiant war on drugs, aided by the Mexican army and the Mérida Initiative, the $1.4 billion in aid the United States has committed to the cause. This Mexico has newspapers, courts, laws, and is seen by the United States government as a sister republic.

It does not exist.

There is a second Mexico where the war is for drugs, where the police and the military fight for their share of drug profits, where the press is restrained by the murder of reporters and feasts on a steady diet of bribes, and where the line between the government and the drug world has never existed.

These photos are part of a larger, multiyear project called Narco-Land, shot by San Francisco-based photographer Eros Hoagland, represented by Redux Pictures. Hoagland’s project is an intimate look at the impact of the Mexican drug war and efforts to stem the tide of violence. 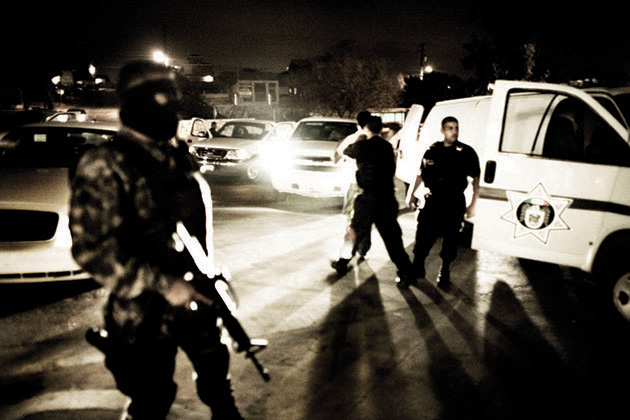 Mexican cops often wear masks to protect themselves from retribution. 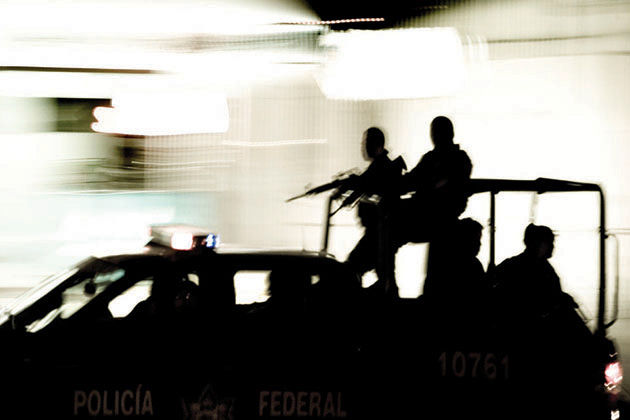 Federal police have moved into Tijuana in large numbers to combat the escalating war between rival drug cartels. 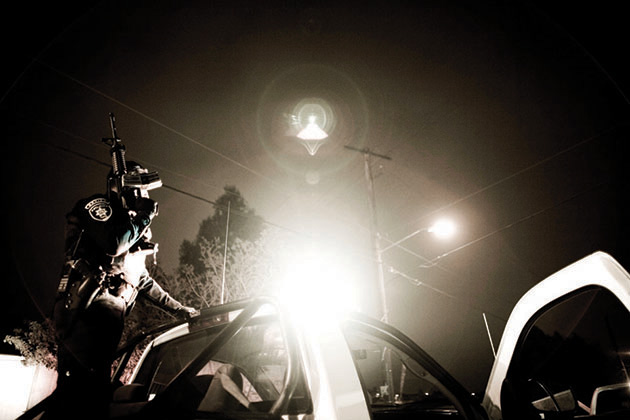 A special operations task force of the Tijuana municipal police conducts a night raid in southeastern Tijuana, an area of the city notorious for drug trafficking and organized crime. 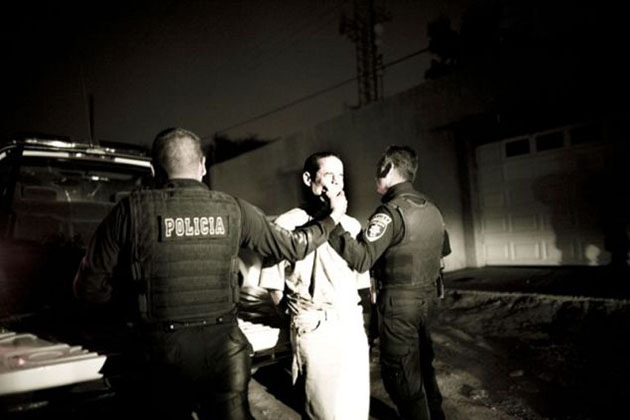 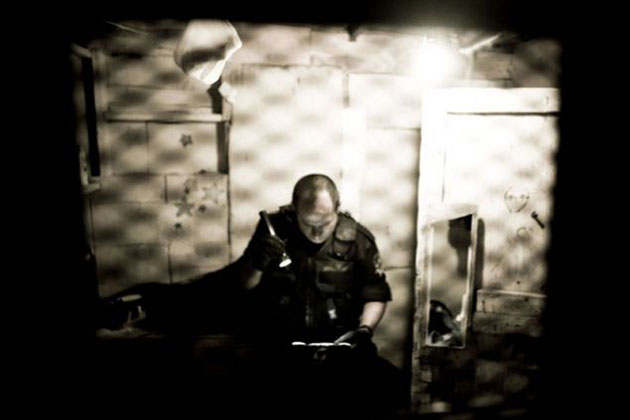 Night raid in southeastern Tijuana. Because of mounting pressure to secure the city, the police are often hasty in their arrests. 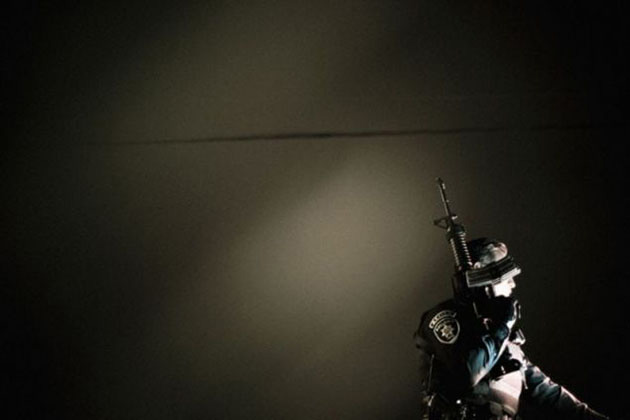 Night raid in southeastern Tijuana. Many of the suspects gathered in these raids are small-time criminals, or they’re guilty only of being in the wrong neighborhood at the wrong time. 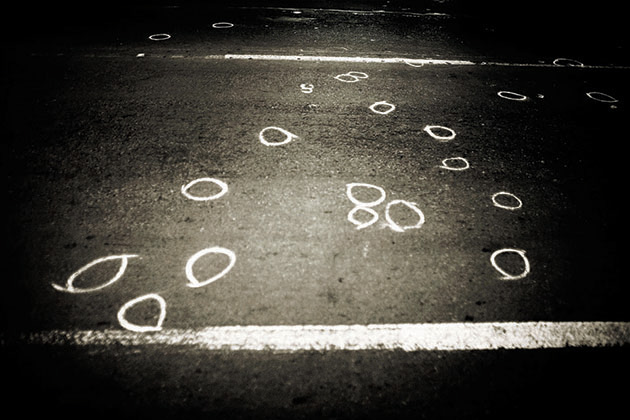 Chalk marks designate the position of bullet shell casings after a shootout involving a presumed narco hit-man and police in a busy section of central Tijuana. 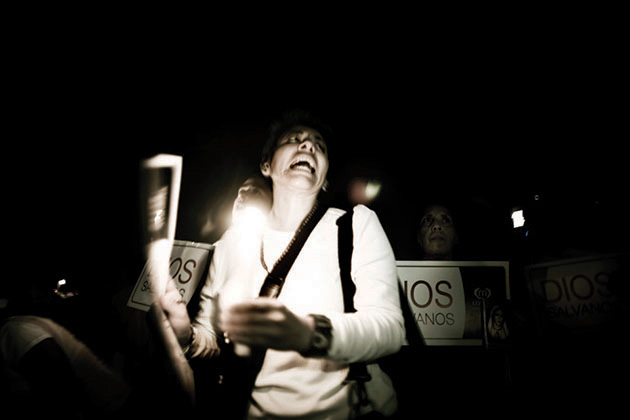 A march was held in mid-November 2008 to protest the Mexican government’s lack of investigation of organized crimes, including kidnapping and murder. 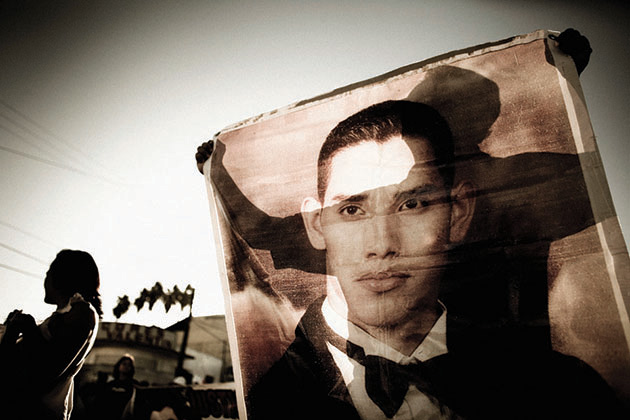 A Tijuana man holds a banner of his missing son who was kidnapped. 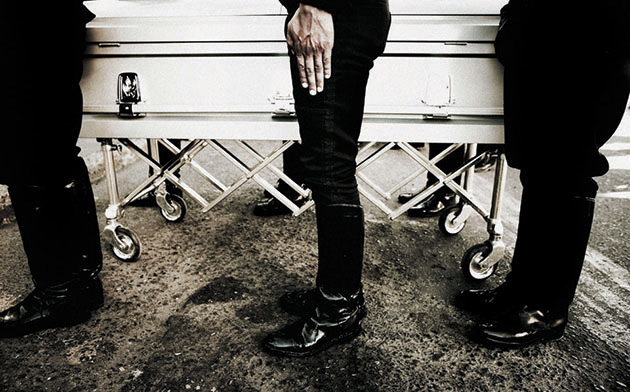 A service for slain police officers in Tijuana. Police are often the targets of drug-related violence in Mexico. 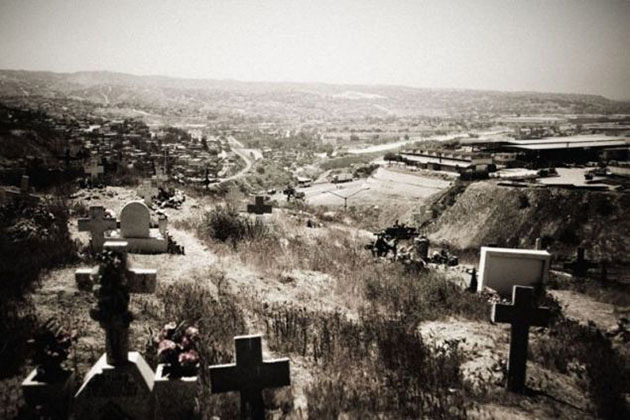 A cemetery in Tijuana holds many dead from crime violence, according to the undertaker. 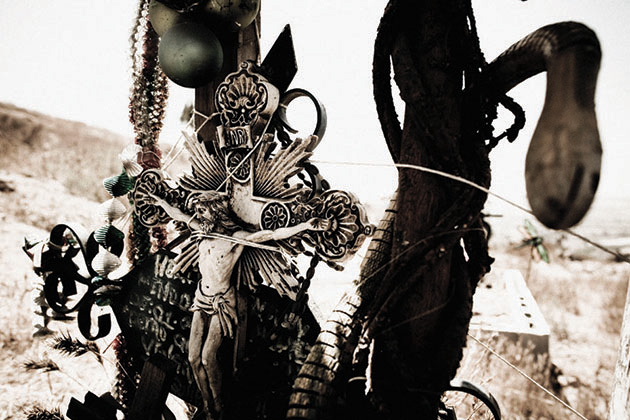 Gravesite at a cemetery in Tijuana. 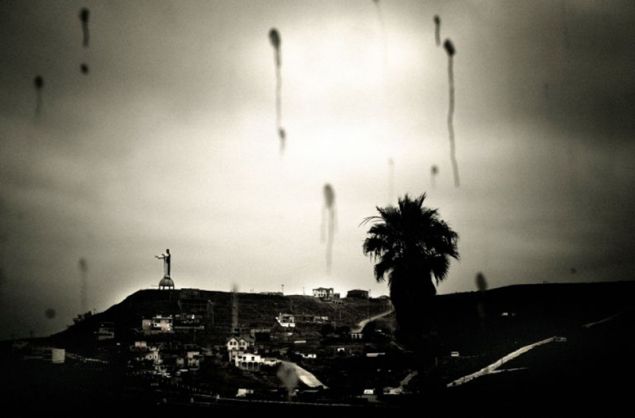