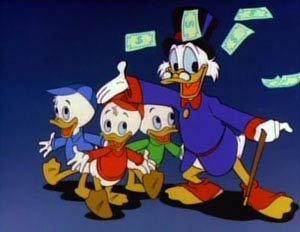 Solid Waste Agency of Northern Cook County v. United States Army Corps of Engineers is a nice little case about abandoned gravel pits, migratory birds, and the true meaning of the words “navigable waters.” In a 5-4 decision in 2001, the U.S. Supreme Court ruled that the Clean Water Act did not apply to man-made intrastate ponds (and their interstate migratory bird populations), and that Chicago-area towns could create a landfill on private property containing isolated bodies of stagnant water. Tough luck for environmental activists (not to mention the geese), but not exactly a landmark decision, either.

There the case rested, like the Ring of Power in the river Anduin, until late last month. That’s when former Rep. Tom Campbell, the front-runner in the California GOP primary to take on Sen. Barbara Boxer, unveiled his constitutional argument against health care reform. In a blog post on his campaign site, Campbell suggests that the Supreme Court will use Solid Waste‘s narrow reading of the Commerce Clause to strike down the individual mandate:

At a debate on Wednesday, the topic came up again. “I do share some of [fellow GOP candidate] Assemblyman [Chuck] DeVore’s gravest concerns about the mandate,” said Campbell, before launching into a detailed explanation of the “migratory fowl” case—much to the delight of the audience. “We’re gonna win on that one,” he concluded.

Even if Campbell loses the primary, we may be hearing a lot more about Solid Waste over the next few months. Here’s why: Judge Diane Wood, a front-runner to replace Justice John Paul Stevens, wrote the Seventh Circuit’s opinion on the case. It was her ruling that the Supreme Court reversed.

So does Campbell, a former law professor, have a point, or is the Solid Waste argument just that? I asked a few constitutional law professors whether the individual-mandate-as-migratory-bird argument held water. Answer? No.

Here’s Alison LeCroix, an expert on federalism from the University of Chicago: “My sense is that this case can’t do the work that opponents of the health care reform bill want it to…Chief Justice Rehnquist explicitly stated that the majority’s reasoning was based on the language of the statute and therefore that the Court was not addressing constitutional questions about the federal-state balance.”

LeCroix’s libertarian colleague, Richard Epstein, a prominent critic of the health care legislation who has called some elements of the legislation unconstitutional, called Campbell’s legal analogy “most improbable.” “The rule on economic transactions is that little ones are aggregated together,” he explained. “The health bill is enormous, by the convention[al] wisdom, without question, it covers commerce among the several states.” Like it or not, he says, the mandate is falls within the post-New Deal interpretation of the Commerce Clause (which allows the federal government to regulate interstate commerce).

And another constitutional law professor—who does believes that the mandatory state exchanges might be unconstitutional—told me Campbell was off base in this case: “The court has held in some cases that when what you have is regulation of a non-ecomonic noncommercial matter, there is some limit under the commerce clause. But the purchase of health insurance is a commercial transaction. It’s not a bird landing on some little pond somewhere.”

Campbell’s academic credentials are exceptional, having been a tenured professor at Stanford Law School and dean of the business school at UC-Berkeley. But in this case good politics may have trumped academic rigor. I’m calling fowl.