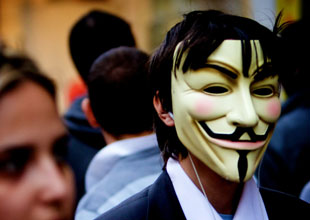 In the past four months, two foreign terrorist plots fizzled. The Christmas Day undie-bomber, Umar Farouk Abdulmuttalab, failed to detonate plastic explosives hidden in his underwear while on board Northwest Flight 253 from Amsterdam to Detroit. This past weekend, Faisal Shahzad drove an SUV into Times Square that contained a homemade incendiary device composed of the wrong type of fertilizer, faulty wiring, and propane tanks that were not fully open. It smoked, but did not go boom. Though the mass murderers of 9/11 pulled off a complicated operation that changed the world—and their ideological comrades have managed successful but smaller operations in Lisbon, Mumbai, London, and Bali—the recent events prompt a glib question: are most terrorists incompetent?

Richard Reid failed to ignite his shoe bomb in 2001. Last year, Najibullah Zazi was nabbed with two others for plotting to set off suicide bombs in the New York City subway. Zazi, who had received training in an al Qaeda camp in Waziristan, aroused suspicions in part by buying large amounts of hydrogen peroxide and acetone products from beauty supply stores in the Denver area. Federal agents were on his trail before he was close to mounting the operation and arrested him. At the end of last year, five Northern Virginia men were arrested in Pakistan and charged with plotting to attack a Pakistani nuclear plant, an air base in Afghanistan, and US targets. They were caught partly because after they left the United States without telling their parents, an American-Islamic group placed their families in contact with the FBI and that led to an international missing persons case. Shahzad seems to fit into a line of losers.

Does that mean anything? I asked a few terrorism experts to comment on what seems to be a trend of inept terrorists. Is a dumb terrorist the norm? And are their mistakes the result of the pressure placed upon terrorist outfits by US government actions?

Referring to the Christmas Day would-be bomber and the failed Times Square attack, Bruce Hoffman, a Georgetown University professor who has studied terrorism and insurgency for more than three decades, says in an email,

Both plots were rushed and and perhaps fall into the “opportunism” category rather than 9/11. A returning American citizen presents an opportunity to a [terrorism] group that very hastily tries to prep him/them. Or the individual returns and is inspired to do something/anything no matter half-baked with his mates. [Anwar] al-Awlaki [the radical imam in Yemen] hits pay dirt with the radicalization of Abdulmuttalab, and they rush [that operation] to coincide with Xmas Day. Being rushed, though, may indeed also be a reflection of our success.

Neil Livingstone, the CEO of Executive Action, which bills itself as a “private CIA,” notes that it’s not easy to mount these sorts of attacks:

Building bombs and incendiaries is a difficult task, especially with respect to the detonator. In other words, how do you make a complex device go off all at once? We’ve tried to blow up vehicles where the detonator went off but the explosive did not. That said, it doesn’t seem that either of the last two would-be bombers was very well trained. In the case of the Times Square plot, the device was an incendiary, not a bomb. Thus, it would have had a loud explosion, which would have shattered windows throughout Times Square, with shards of glass falling on the people below, but it would not have cut down hundreds, as it would have if it had been a bomb with lots of shrapnel. Also, you need to remember we’re dealing with the Pakistani Taliban and not al Qaeda, which has much more experience conducting foreign operations far from their bases of activity.

But Livingstone adds that the Pakistani Taliban—presuming they were indeed behind the failed New York City attack—”will get better and learn from their mistakes, and it’s probably only a matter of time before they get one of these attacks right.”

Paul Pillar, who spent nearly 30 years in the CIA, including a stint as National Intelligence Officer for the Near East and South Asia, cautions not to draw too much from these recent failures:

Although there is some validity to the idea that the more pressure a terrorist group is under the less likely it can pull off a sophisticated and well-executed operation, and thus to the corollary that a pressured group is less likely to be using sophisticated operatives, I would be cautious for three reasons about running very far with this idea:

First, terrorists, like the population as a whole, run the gamut from dumb to very smart. Any generalizations about this particular dimension are thus apt to be hazardous.

Third and most fundamentally, terrorist operations are not like, say, college admissions, where a school has a fixed number of slots, it fills those slots with the smartest applicants, and thus if the school’s recruitment efforts are lousy and do not yield a large and high-quality applicant pool, the pool of admitted students is not likely to be of high quality either. Terrorist groups do not have a fixed program of operations and then try to find the most capable people to conduct them. Several of the most recent incidents and people (such as [alleged Ft. Hood shooter Nidal] Hasan, Zasi, the Northern Virginia five) show most of the initiative coming from the individual volunteer. Terrorist groups are presented with targets of opportunity in which the target consists both of the operation and the volunteer who would carry it out.

In other words, terrorist outfits organize two types of operations: those they meticulously plan and to which they devote their best resources, and those they take a flyer on. The recent miscues have been the latter. And those are likely to continue—with the possibility of success. What’s perhaps harder to know is whether al Qaeda is in the position to mount the more serious and extensive operations, which demand competent, intelligent, and well-trained operatives.

Tom Fuentes, a former FBI assistant director, says that the Obama’s administration approach to terrorism has caused al Qaeda and other extremist groups to resort to not-so-well-organized operations. By emphasizing “law enforcement cooperation instead of brute military force,” Fuentes maintains, Obama has enhanced international counterterrorism cooperation “significantly”—and that has made it tougher for the senior leaders of al Qaeda and other like-minded outfits to operate. “But,” he adds, “it’s going to be very difficult to prevent an individual or small group from taking personal initiative.” Even if these people are not so bright.