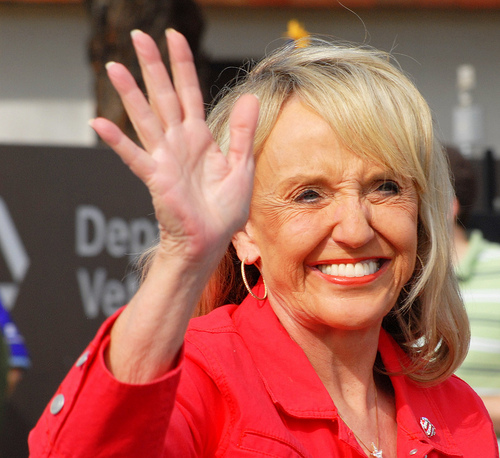 Hispanic students fill nearly half the seats in Arizona’s public school classrooms, but a new law signed by Governor Jan Brewer Tuesday makes it illegal for these students to learn about their heritage in school. HB 2281 prohibits schools from offering courses at any grade level that advocate ethnic solidarity, promote overthrow of the US government, or cater to specific ethnic groups—regulations which will dismantle the state’s popular Mexican-American studies programs.

Much like Arizona’s new immigration law, this ethnic studies ban is political interest dressed up to look like education reform. The bill was passed largely because of State Superintendent of Public Instruction Tom Horne’s personal distaste for the Tuscon Unified School District’s Chicano studies program, in which 3 percent of the district’s 55,000 students participate. He has been hell-bent on squashing the program ever since learning several years ago that Hispanic civil rights activist Dolores Huerta told Tucson High School students that “Republicans hate Latinos,” the Associated Press reports.

“Traditionally, the American public school system has brought together students from different backgrounds and taught them to be Americans and to treat each other as individuals, and not on the basis of their ethnic backgrounds,” Horne noted in an April press release. “This is consistent with the fundamental American value that we are all individuals, not exemplars of whatever ethnic groups we were born into. Ethnic studies programs teach the opposite, and are designed to promote ethnic chauvinism.”

District officials insist the program covers history—not activism or chauvinism. In the Mexican-American studies program, an American history course highlights Hispanics’ role in the Vietnam War, and literature students analyze the works of Latino authors. The kids learn, for example, that Arizona was once part of Mexico, and that in the 1960s Chicano radicals called for reclaiming the land, reports Valerie Strauss of the Washington Post. The new law also means Arizona students will lose access to African-American and Native-American studies.

On her blog, The Answer Sheet, Strauss describes the bill as symptomatic of a larger problem—the growing number of state legislators telling educators how to do their jobs. “We tried this once before, in a big law called No Child Left Behind, which was designed with the input of not a single teacher, and which spectacularly failed in its goal to close the achievement gap,” Strauss writes. “We never seem to learn from our own mistakes. How do we expect kids to do that if the adults can’t get it right?”