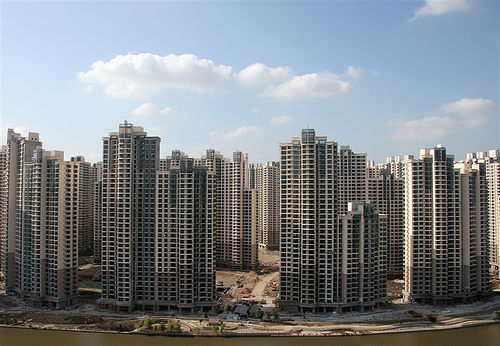 The latest sign that China is in the midst of a raging housing bubble: Chinese couples are intentionally divorcing each other to dodge the country’s strict second-home ownership rules and save some yuan in the process. China’s autocratic government, China Daily reports, has sought to curb rampant property speculation (sound familiar?) by hiking the down payment costs and interest rates for married couples looking to buy a second house—in April, the government raised the minimum down payment for families to 50 percent of the home’s value (up from 40 percent) and made mortgage interest rates for married couples at least 1.1 percent of the standard rate.

To avoid those new rules, perfectly happy husbands and wives are now entering into “fake” divorces in order to boost their property portfolios. “After we get divorced, my wife will claim our house, so that I can apply for a mortgage as a first-home buyer since I don’t have a house under my name,” 41-year-old Li Guoliang said. “And we will remarry after that.”

Here’s more from the story:

Li and his wife are among many couples planning on getting a divorce to circumvent the government’s restrictions on second-home purchases.

“Such a ‘fake’ divorce may save the second-home buyer hundreds of thousands of yuan. So, why not do it?” said Chen Ping, a real estate agent in Changsha.

Chen said he had helped many couples apply for the preferential mortgage for the first-home buyer through a “fake divorce,” which was “legitimate and viable, just like reasonable tax avoidance.”

“In the two weeks after the new rules were introduced, I received 16 clients hoping to get a favorable loan by getting a divorce,” said Li Yi, a lawyer with Tenghui Law Office in Chongqing Municipality.

In China, though, divorce for economics’ sake contradicts the traditional Chinese view of marriage, and a poll by Chongqing Evening News in early May suggests the idea isn’t that popular: 78 percent of people polled said they didn’t support “fake” marriages to cash in on cheap housing rules. Still, consider fake divorces alongside the other signs of excess and speculation characteristic of a housing bubble. When you look at the small but telling details—the luxurious Shanghai condos with bronze doors inlaid with Swarovski crystals, the crocodile skin-wrapped bed posts—and the big picture statistics, too—an 80 percent spike in real estate sales between 2008 and 2009, an investor buying 54 apartments in a single day—China starts to like the next US circa 2004, except on a far, far larger scale.