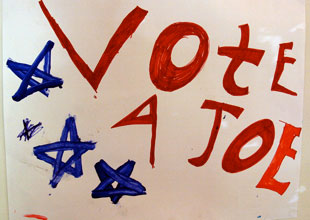 He came to us, we didn’t go to him. That’s how Obama White House aides started talking about the soon-to-be former Sen. Arlen Specter (R-to-D-Penn.) hours before he lost the Democratic Senate primary to Rep. Joe Sestak. In politics, this is called running away.

When Specter last year bolted the Republican Party and became a Democrat—when it looked as if he might not be able to win the GOP primary—the White House said that he would have its full support. And the Obama crew did signal it did not want any Democrat, including Sestak, to challenge Specter in the Democratic primary. But Sestak, a retired admiral, wouldn’t retreat.

For months, Specter—a politician with much name recognition in the Keystone State—looked like a good bet for the White House. He maintained a double-digit lead over Sestak. But in the final weeks of the campaign, Sestak drew to a tie in the polls. And though Specter’s prospects looked bad, experienced political handicappers in Washington still were saying that the party-switcher could pull it out, especially if Democratic Gov. Ed Rendell, a Specter supporter, could deploy his political machine on Specter’s behalf.

But with the race close, the White House did nothing special for Specter. President Barack Obama recorded one robo-call. Neither he nor Vice President Joe Biden campaigned with Specter. It appeared that they had cut him loose. It wasn’t pretty. But with 2010 looking ugly for incumbents, especially Democrats, the White House now seems to be hunkering down. Obama and his aides didn’t want to take an early hit on this race and come across as politically impotent. (One bit of good news for the Ds: in a special election to fill the Pennsylvania seat of the late Rep. Jack Murtha, Democratic Mark Critz bested Republican Tim Burns. Of note: former President BIll Clinton campaigned for Critz. Not surprisingly, the Democratic Party called this the “most significant election contest” of the day.)

Obama’s pirouette in Pennsylvania made political sense. But did Obama send a signal: don’t trust me? He had said he would put his muscle behind Specter, but in the end he didn’t. This might have been best for the party, for Sestak could well be the better Democratic candidate in the general election. And if Sestak wins in November, what Obama did with (or to) Specter won’t matter much. For now, though, this one race shows that Obama’s endorsement doesn’t have much juice (ask Martha Coakley and Jon Corzine about that) and that any promise of support from Obama is vulnerable to political calculation.

Also happening Tuesday night: Rand Paul wins the Republican Senate primary in Kentucky and Dems rejoice, while Blanche Lincoln is headed to a runoff in Arkansas, which could be good news for tough Wall Street reform.