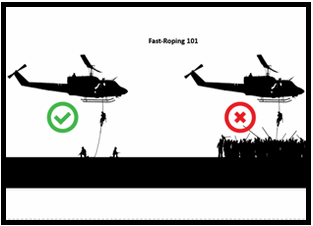 Adding to the already-considerable fount of video and oral evidence from Monday’s Israeli flotilla raid, Al Jazeera English today interviewed its own reporter, who had been shooting footage on the weatherdeck of the cargo ship Mavi Marmara and was subsequently detained until this morning. That producer, Jamal ElShayyal, told a story that—if true—depicts criminal (or, at least, criminally stupid) behavior by the Israeli boarding party:

Of course, the source always has to be considered. But AJE manages to get where many media outlets can’t or won’t, and the video, which intersperses ElShayyal’s own standup reports from the ship deck, offers some support for the shipboard protesters’ allegations against the Israel Defense Forces.

“There was definitely fire from the air because one of the individuals who was killed was clearly shot from above,” he says. “There was also fire coming from the sea as well.”

He didn’t seem to think that live fire was ordered, as the IDF claimed, after two of its own soldiers were overpowered and their sidearms taken. “There’s no doubt from what I saw that live ammunition was fired before any Israeli soldier was on deck,” ElShayyal says:

After I had done my first file, I turned around to see what was going on, and there were several shots fired. In fact, one of the helicopters at the front of the ship, you could almost see the soldiers pointing their guns down through some sort of hole or compartment at the bottom side of the helicopter and firing almost indiscriminately without even looking where they were firing. And those bullets were definitely live bullets.

ElShayyal adds that after he watched two people on the deck shot and killed, he witnessed a confrontation between the Israeli boarding party and protesters below decks, where three wounded individuals were being sheltered:

There was a Knesset member who approached the Israeli soldiers saying, ‘We have injured”-she was saying, “They have injured people, please come and take them,” yet the Israelis refused. Three hours later, all three of those people that were injured ended up dying on the spot because no one came to take them.”

To be fair, ElShayyal stresses that he saw brutality on all sides: “I definitely saw iron bars,” he says. “The passengers took apart some of the railing bars on the ships…I did see a number of the Israeli soldiers being beaten by them.”

But no matter. All of this potentially adds up to some big Israeli violations of international conventions of war—and probably IDF military regulations, too. At the very least, it’s safe to say that the Israeli combat elements need remediation in counterinsurgent and naval boarding tactics—something that experts like The New Yorker‘s George Packer and Afghanistan veteran Andrew Exum at Abu Muqawama have already said in eloquent terms. As Packer says:

At one time, Israelis understood counterinsurgency much better than Americans, which is why U.S. officers looked to their Israeli counterparts for advice in the early years of the Iraq war. At one time, the Israelis understood that self-interest demanded subtlety, restraint, and attention to perception. As others have pointed out, these qualities have been disappearing from Israeli strategy and tactics, and the current right-wing government seems determined to isolate and destroy itself with the unbending principle of self-defense.

For the record, the IDF’s apparent stupidity extended beyond the initial engagement to the detention of the protesters and journalists. AJE’s anchor asked ElShayyal how he was treated the past three days.

“To be honest, I think maybe ‘with contempt’ is probably the most polite” way of putting it, he said.