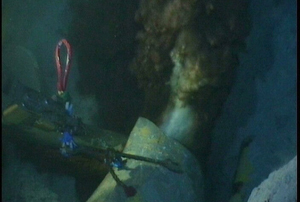 For seven weeks, BP has insisted that measuring exactly how much oil is gushing into the Gulf of Mexico is a daunting—perhaps impossible—task. The depth of the well, and the volume of natural gas emitting from it, has made the flow rate “very, very difficult to estimate,” BP has said, while its chief operating officer has emphasized the “huge amount of uncertainty” surrounding the question. But back in 2008, the company was singing a very different tune. In an in-house magazine, BP bragged about sophisticated technology it had developed to measure precisely the flow of oil and gas through pipelines.

The August 2008 issue of Frontiers, BP’s technology and innovation magazine, includes a lengthy feature, titled “Listening to the Flow.” The article boasts of the company’s “expertise [in] flow measurement.” Determining how much oil and gas is flowing out of a pipeline is “tricky to do,” the article says. It explains that BP had developed a technology called sonar-based flow metering, in which the flow of hydrocarbons is measured using sonar sensors placed inside a pipe. This technology is “proving its worth in the company’s operations around the world,” the article says, noting that BP “has pioneered the introduction of a new and very useful tool into the wider oil industry.”

According to the article, BP tested its technology in 2004 on a wet gas pipeline in Alaska and had already introduced around 45 sonar meters to oil fields. The company’s research and development program manager told the magazine that BP planned to use the devices on underwater wells, too.

Scientists from Woods Hole Oceanographic Institution have also developed acoustic technology. BP initially invited them to the site of the spill in early May, one scientist told a House panel last month, but then rescinded the invite. The Woods Hole team is now working on estimates as part of the government flow rate team.

In the early weeks of the catastrophe, BP said 1,000 barrels of oil were leaking from the well each day. Then, the oil giant went along with a later government estimate of 5,000 barrels per day. That, too, proved to be understating the matter. The government’s latest assessment is 20,000 to 40,000 barrels per day, but the upper range could be as high as 50,000 barrels per day. Meanwhile, BP says it’s siphoning up to 15,000 barrels of oil daily. Given that oil is still pouring into the ocean, this only serves to verify that the spill is far worse than BP—and the government—originally let on. BP’s earliest estimates would have us believe that a total of around 2.2 million gallons of oil had entered Gulf waters. According to the new, upper-end calculation from the flow rate team, that total could be as high as 109.2 million gallons.

There’s a reason the oil giant is being so cagey about the spill’s true size. The amount that the company will eventually have to fork out in civil penalties will be determined by how much oil they’ve dumped into the Gulf. On Thursday, Rep. Ed Markey (D-Mass.) called on BP to grant independent scientists direct access to the spill site in order to figure out the flow rate.

Of course, if BP’s technology is as ground-breaking as that 2008 magazine article would have us believe, the oil giant should be perfectly capable of undertaking this complex calculation itself. Where’s that cutting-edge research now? 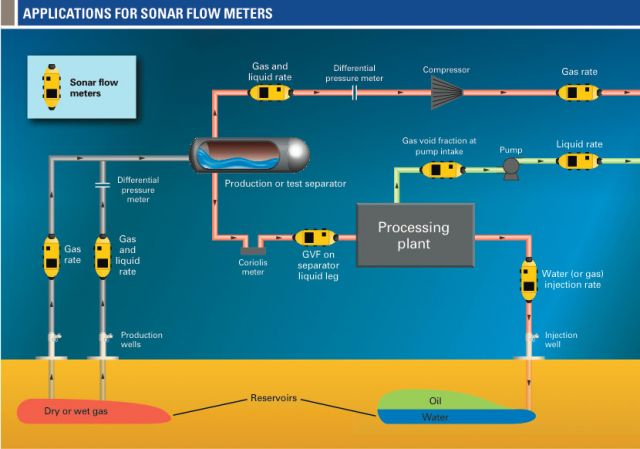