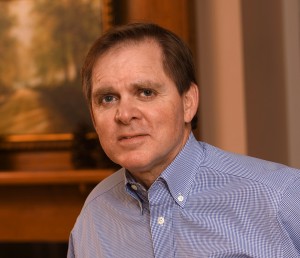 In his longshot bid to win the governor’s race, a scion of Sunshine State royalty is offering a novel plan to clean up the Deepwater Horizon spill: Force BP to put a cash bounty on crude and pay an “army of private citizens” for personally catching and returning the oil in drips and drabs.

Lawton “Bud” Chiles III, the unaffiliated dark-horse candidate in question, announced his plan in an open message to President Obama:

Chiles today called on President Obama to cut through the red tape and have BP offer a “bounty” on oil, paying citizens by the gallon or pound for the tar and oil they recover on the beaches and in the Gulf.  He said that a cash incentive would give thousands of citizens an opportunity and an incentive to participate in the clean-up efforts and bypass the bureaucracy the government and BP have created…

He said the current response effort amounts to “the federal government watching BP push a rope uphill.  Let’s skip the red tape and the endless delays and mobilize an army of private citizens to do what BP has failed to do for weeks: Clean up this colossal disaster.”

How much does Chiles think Floridians should get for their crude booty? Fifty bucks a gallon, according to this report. But it’s not all fun and games, people.

For the record, picking up crude oil or petroleum dispersants without a lot of protective gear—or even with it—is not the best idea in the world, as MoJo‘s BP spill coverage has ably proven. But that’s cool, people—Bud’s got your back:

Recognizing that the crude oil washing up on the beaches is considered hazardous waste, Chiles said that training in safely handling the products should be provided to the public in large venues. BP and the State are already providing this training as part of the vessels of opportunity program (VOP) and emergency management operational training.

Lest you think this is a display of unreflective Tea Party patriotism, Bud Chiles is the son of deceased former governor “Walkin’ Lawton” Chiles—a moderate Democrat, revered for his aw-shucks populism, who famously walked across the state and never lost an election. (Chiles is also attributed with helping another onetime dark horse, Bill Clinton, almost win the state in 1992. “I know this fella from Arkansas,” Chiles once said, introducing candidate Clinton at a fundraiser, “and I can tell you he knows how to speak cracker.”)

Bud is looking to capitalize on his dad’s Florida “cracker” legacy: A political novice and a latecomer to the current gubernatorial race, his chances of winning the Democratic nomination were virtually nil, so he’s running as an independent populist. And it doesn’t get much more populist than calling for a tar ball in every pot.

A quick search of the Web found me no precedents for the Chiles plan, but one nautical bounty hunter has a poignant piece of advice for any novice hopefuls out there: