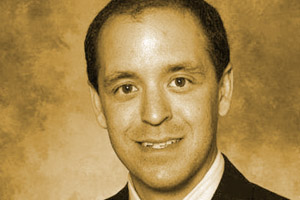 The ecological catastrophe that BP has wrought upon the Gulf of Mexico has been a profound teaching moment, and not just for environmentalists. Corporate America’s trusty public relations officials, and their hard-working elite, the crisis communications experts, are eagerly taking note of BP’s every word and deed. Mostly, it seems, to remember what not to do when the shit hits the fan.

Chris Lehane is a crisis communication expert whom Newsweek named a “Master of Disaster” for his role in the “rapid response” team that the Clinton Administration assembled to deal with scandals such as Whitewater and the Monica Lewinsky affair. His consulting firm, Fabiani & Lehane, has represented California Edison during the California Energy Crisis, Goldman Sachs during the the financial crisis, and Cisco Systems when the Internet bubble burst. Yesterday Mother Jones spoke with Lehane about the BP crisis.

Mother Jones: From a crisis communications standpoint, what has BP done well?

Chris Lehane: Making the video [of the ruptured oil well] available so that people could see the live feed. One of the rules of thumb of crisis management is that you can never put the genie back in the bottle in terms of what the underlying issue is. People evaluate you in terms of how you handle things going forward. And obviously doing everything to be open, transparent, accessible is the type of thing that the public does look for from a corporate entity in this type of situation.

The video, at a tactical level, is the type of thing that makes sense because you are obviously giving people the capacity to go online and look at this stuff and evaluate it themselves. The challenge for them was that they weren’t necessarily open, transparent, and accessible with everything else, so I’m not sure how much of a benefit they got from that.

MJ: What has BP done poorly?

CL: This is just from a professional perspective: They set up a series of expectations in terms of what they were going to do to resolve the issue, and time after time after time they have not worked out. If you tell people what you are going to do, and you suggest it’s going to be successful, you need to be successful. Because once you create those expectations and you don’t fulfill them, when you already have a significant credibility problem, it just further degrades your credibility.

MJ: So is that to say they should have been more pessimistic about their prospects of capping the well?

CL: Well, I think they just should have just [said], “Here’s what we’re going to do, we’re in uncharted waters, we haven’t seen a situation like this, and we’re not sure whether this is going to work or not but we are going to keep you fully informed.”

MJ: What else have they done wrong?

And I think another big piece here is that from the very beginning they may have wanted to have considered bringing the federal government in to be a full partner on this. As opposed to them continuing to represent that they were going to be the people who had all the solutions. Or bring in a distinguished outside expert. What you want to do is bring in someone who has not been a part of the problem at the beginning and who is perceived as an honest broker, an honest player in this.

You see this all the time. Typically publicly traded companies find themselves in a situation and their immediate concern is to limit their legal exposure, as opposed to recognizing that this is really a fight for the heart and soul of the company. I call it the Arthur Andersen decision. Arthur Andersen made the decision to fight its role in some of the accounting issues associated with Enron from a legal exposure perspective as opposed to recognizing that really the future of their accounting firm was at stake.

MJ: So bringing in an outside expert might increase their liability?

CL: Yeah, and information gets out there. So you have to make a decision: Is it worth it to risk losing or at least weakening the legal battle in hopes of winning the broader war of maintaining the viability of your company?

MJ: Clearly BP can’t keep a lid on its oil well, but reportedly its been trying to keep a lid on press reports coming out of the Gulf.

CL: Yeah, and that’s the other thing, this accessibility, right? You can’t tell people that you can watch this video but then not give people access to basic information. This is one of those situations where sometimes it’s not a good idea to put out information until you are absolutely sure that it’s accurate, but when you put it out, you’ve gotta put it all out.

MJ: What do you think about Obama’s response?

CL: I’m empathetic in the first couple of weeks, the White House not necessarily fully engaging because this was a private-sector entity that was representing that it had the situation under control. I think after the first two or three weeks when it became obvious that this was a much bigger problem and that they simply did not have their hands around it, I think at that point, just given the magnitude of the issue, that the administration needed to sort of channel their Teddy Roosevelt. That means not only hectoring and beating up the company for irresponsible conduct, it means physically coming in and taking charge of the situation.

I always thought that at a minimum they needed to have a very high-level person who was recognizable publicly to be on the ground there and in charge. And as the situation evolved, they needed to consider actually seizing the BP platform and putting it under federal control. It’s a similar situation with the California energy crisis. At the time I’d given the recommendation to Governor [Gray] Davis that the national guard should have taken over the power plants. And people can raise legal issues, and there are probably some very valid legal arguments, but at the end of the day, it’s a question of whether the public believes you’re taking strong action and are not going to stand for it.

MJ: Some people have wondered whether the government didn’t get involved in the BP disaster sooner because of the same kind of liability issues you raised earlier.

And by the way, I say this with my legal hat on, there are always ways to poke holes in whether you actually have any legal accountability. At a minimum, you could pass legislation pretty quickly giving the government the ability to come in and take over the receivership. You probably could have pretty quickly introduced legislation, and those who were going to vote against it would have looked ridiculous. Most people would vote for it, and you then would have the legal capacity to go in.

MJ: If you were advising Obama and BP, what would you tell each of them to do going forward?

CL: For Obama, put someone of national stature on the ground and in charge. Demonstrate a series of steps that show progress and action. Three, seek ways to emotionally connect to the public on the issue. And four, consider something pretty significant that allows you to pivot from being defensive on this to being offensive. And to me that is the potential receivership play.

MJ: And what should BP do?

CL: I think BP at this point is in some deep, dark, and unspinnable place. As a corporate entity, based on everything I’ve read and seen, they obviously still have a profitable business model; the problem is going to be their reputation. Does that ultimately impact their ability to succeed as a company? Why not welcome in the US government and offer them the opportunity to be in charge? And then you change your name.

MJ: I do wonder whether they have any hope of ever branding themselves a green oil company.