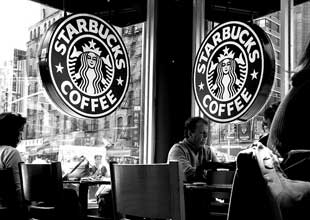 On Friday, the New York Times reported that Obama administration officials use their personal email accounts and hold “off-campus” coffee shop meetings with lobbyists in an apparent attempt to skirt disclosure rules. Now Citizens for Responsibility and Ethics in Washington (CREW), a DC watchdog group, has penned a letter (PDF) to the House Oversight and Government Reform committee requesting a hearing and pointing to apparent “wilful violations” of federal law.

The allegations suggest that the Obama administration may be flouting the same recordkeeping laws that the Bush administration did: the federal and presidential records acts (FRA and PRA). Both laws require that White House staff retain records—including emails—related to their daily work. By using private email accounts to schedule coffee shop meetings with lobbyists (an apparent attempt to prevent these sessions from appearing in White House visitor logs), Obama officials can bypass normal email archiving procedures and “avoid the creation of any record that would memorialize those meetings.” Since emails scheduling meetings with lobbyists would almost certainly be the type of emails that the FRA and PRA require White House officials to preserve, the Obama team is “in violation” of the FRA and the PRA, CREW writes.

During the Bush years, Democrats often criticized Republicans, including White House political director Karl Rove, for similar conduct—and CREW waged a years-long campaign to recover Bush emails that went missing or were never properly archived. In the early years of the Bush administration, for example, many White House officials used Republican National Committee email addresses to conduct official business. The RNC email archives were later lost; most of Rove’s emails from his first few years in the White House will probably never be recovered.

The Obama administration’s avowed commitment to a cleaner and less lobbyist-influenced Washington make the Times article and the CREW letter particularly embarrassing for the White House. By continuing to meet with lobbyists in coffee shops and other “off-campus” locations and email them from personal accounts, “the White House is attempting reap the benefits of conversations and interactions with knowledgeable lobbyists while publicly promoting the belief that the White House maintains a discreet distance from those very same lobbyists,” CREW argues.

CREW’s letter should give a boost to California Republican Darrell Issa, the ranking member of the oversight committee. Issa has been relentlessly pursuing any hint of possible Obama administration wrongdoing. (I profiled Issa last year and predicted that he would cause major headaches for the Obama administration.) In its letter, CREW specifically endorses Issa’s June 9 letter requesting further information on the use of social media and outside email accounts by White House staffers. More significantly, the watchdog calls for a congressional hearing on the matter.

Issa can’t subpoena information from the White House without the votes of at least some of the Democrats on the committee—and, as a practical matter, he would probably need the support of committee chairman Ed Towns (D-N.Y.) before he could issue a subpoena. But like Rep. Henry Waxman (D-Calif.) did when he was the ranking minority member on the oversight committee, Issa is proving that he can cause plenty of problems for the White House without subpoena power. If CREW’s letter leads to a hearing on Starbucksgate, what started as a mini-scandal could snowball quickly. There’s nothing like a cache of administration documents to kick-start a minority inquiry into White House conduct.