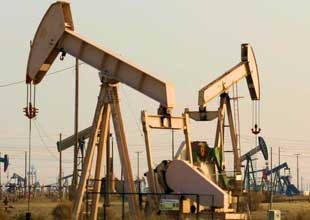 Oil companies have begun to “weigh strategies to fight off tougher regulations” in the wake of BP’s spill to end all spills, the New York Times reported earlier this week. Supposedly, the companies are nervous because of President Obama’s angry takedown of the oil industry last week, as well as rumblings in Congress, where there are now efforts “to extend bans on new offshore drilling, strengthen safety and environmental safeguards and raise to $10 billion or more the cap on civil liability for an oil producer in a spill.”

Frankly, I don’t buy it. I’m quite willing to believe, as the Times story says, that the petroleum industry’s lobbyists have kicked into high gear. But I can’t believe the companies are really all that worried. Ever since John D. Rockefeller founded Standard Oil in 1870, the federal government has pretty much given the oil men exactly what they wanted, when and where they wanted it–from oil depletion allowances to tariff protection to cheap leases on the federal public domain (which includes the outer-continental shelf in the Gulf of Mexico, site of the Deepwater Horizon disaster). Periodic government attempts to contain or regulate the industry have been little more than temporary annoyances, rather than major obstacles to Big Oil’s power or profits. This is hardly surprising, considering the amount of influence the oil companies wield at all levels of the U.S. government.

In 1911, for example, the U. S. Supreme Court found that Standard Oil, which was then controlling 85 percent of the industry, had violated anti-trust laws and conspired against the public good. “For the safety of the Republic,” the Court declared, “we now decree that this dangerous conspiracy must be ended” within six months. Standard Oil was broken up into a few dozen closely related smaller companies–the only result being that the nation’s energy lifeline was controlled by a cartel instead of a monopoly.

Another serious stab at regulation began in 1938 with the passage of the Natural Gas Act, which again tried to combat monopolistic pricing by giving the Federal Power Commission (predecessor to Federal Energy Regulatory Commission) the authority to set “just and reasonable rates” for the transmission or sale of natural gas in interstate commerce. In 1954, in the Phillips decision, the Supreme Court held that the federal government should also regulate the price of natural gas at the wellhead–that is, at the point where the gas comes out of the ground. For the better part of a decade, the government fiddled around doing nothing, but then in the early Kennedy administration, the FPC came up with an area pricing plan. Although the focus here was on gas, everyone knew it was a warning shot at the oil industry, which owned and controlled most of the natural gas. To price gas, it would be necessary to get at the oil industry internal documents, revealing such things as the amounts of reserves, costs, and the like.

Immediately, the big oil and gas companies warned we would run out of gas if prices were not raised to stimulate greater production. In 1974, during the (largely manufactured) energy ”crisis,” the FPC took the first steps to undercut its own proposed regulations by giving in to industry and hiking prices. Under Jimmy Carter, the government began the formal process of deregulating gas, a policy which carried forward under Reagan and both Bush’s as part of the Republican right wing’s drive against regulation. Once the government gave in, the gas shortage disappeared and today we are supposedly awash with gas. All this was accomplished by industry manipulation of production and reserve figures—the same thing that has happened during all oil “shortages.”

In the wake of the BP disaster, it’s become abundantly clear that the oil industry itself has been writing the rules for offshore drilling, and not federal regulators at the Interior Department’s Minerals Management Service. “Nearly 100 industry standards set by the American Petroleum Industry are included in the nation’s offshore operating regulations,” McClatchy reported last month. “The API asserts that its standards are better for the industry’s bottom line and make it easier to operate offshore than if the Minerals Management Service set the rules.”

The Washington Post reported on Thursday that the MMS approved “categorical exclusions’’ from environmental review for BP’s offshore wells in the Gulf, including the Deepwater Horizon. Congressional probes already suggest Minerals Management worked in collusion with BP and other oil firms to increase offshore production without regard to safety or environmental standards. Over the last month, the litany of MMS’s failures, and its more than “cozy” relationship with the oil industry, has been extensively documented by the press (including MJ’s Kate Sheppard, here and here).  With government oversight of this caliber, we ought to stop wondering how a disaster like the Deepwater Horizon spill could happen, and start wondering where it’s going to happen next.

Failure to devise any sort of meaningful regulation of the oil and gas business means that we really don’t know what the industry does, or where or how. Information on the country’s reserves are left in the hands of the companies, not the federal government. Since the US Geological Survey, which is supposed to map the public domain never had the money to do the job right, large parts of the public lands have not been thoroughly mapped by anyone but the companies that exploit it. Relying on industry data has resulted time after time in false information–as in the case of gas in the 1970s energy crisis–to inflate or deflate the amounts of oil and gas reserves.

Beyond failing at its own oversight function, the workings of the MMS also make it difficult for independent analysts to assess what is really going on. Earlier this week, a coalition of scientific societies underlined the problem in a letter to Interior Secretary Ken Salazar:

Without a transparent and ethical process for dealing with scientific research and scientific conduct, the science that is performed at DOI may be called into question. This will not only harm the reputation of DOI, but will threaten the conservation of the nation’s treasured natural resources.  To ensure that science is being used properly to implement natural resource decisions, science should not be suppressed, scientific misconduct should be punished, and scientists who report suppression or other scientific misconduct should be afforded whistleblower protections.  Additionally, the science that informs natural resource decisions must be clear, transparent, and subject to independent peer review.

Such changes are unlikely to be implemented even in the wake of the BP spill. The secrecy surrounding federal energy policy was underscored by the confidential meetings organized by Dick Cheney with the oil and gas industry, as part of the Vice President’s ”task force” to design a new national energy policy in the early years of the Bush Administration. Those meetings, the details of which remain hidden from the public—their confidentiality supported by the courts—are the most glaring recent example of energy policy formed in secret, and in collusion with the energy industry. In other words, in America, the oil companies not only write their own regulations and perform their own oversight; they also set energy policy and draft laws.

In addition to having their way with the executive and legislative branches of government, the oil companies have largely triumphed over the judicial system as well. Government policy plays into oil company interests not only by letting them do as they please, but also by limiting their liability when things inevitably go wrong. On “Meet the Press” last Sunday, White House energy advisor (and former Clinton EPA head) Carol Browner repeated the pledge that BP would pay all cleanup costs for the spill. This is true, as far as it goes, and BP too has promised to pay for the cleanup. But you can just see the lawyers haggling in court over what constitutes a cleanup cost.

In addition to the outright cleanup costs, BP also faces costs of up to a total of $75 million for damages not associated with the oil spill itself—such things as fishing and tourism. That amount would be woefully insufficient in this case. Finally, some of the $1.6 billion stashed in Oil Spill Liability Trust Fund could be spent in a cleanup. This fund is made up of industry taxes of 8 cents per barrel, and there is a cap of $1 billion on how much of it can be withdrawn. The House recently undertook efforts to raise the cap and increase the industry taxes going into  the Oil Spill Liability Trust Fund. But since this fund is created by taxing oil, you can be sure that one way or another, the cost will be passed on to consumers, rather than coming out of oil company profits.

Finally, the Supreme Court could decide to give a special parting gift to BP, as they did to Exxon following the Valdez spill. In that case, an Anchorage jury brought in a verdict of $5 billion in punitive damages against Exxon. In 2008, after nearly two decades of litigation, the Supreme Court reduced the damages to $500 million–a tenth of the original verdict. The decision, written by Justice Souter, cited ”the need to protect against the possibility…of awards that are unpredictable and unnecessary, either for deterrence or for measured retribution.” It’s hard to believe five Supreme Court Justices believed that $5 billion wouldn’t be a more effective “deterrent” to future negligence than $500 million. But apparently, the highest court in the land wanted to make sure that a jury of citizens did not go overboard in demanding responsible behavior from America’s favorite industry.