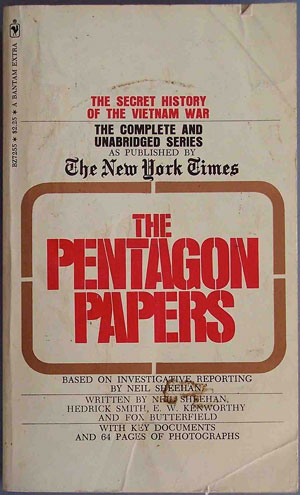 Mother Jones has full team coverage of the Wikileaks’ Afghanistan leak that broke Sunday night. Kevin Drum has a good roundup of the mainstream media stories, and a compare-and-contrast of the New York Times and Guardian articles. Senior editor Dave Gilson (who edited our profile of Wikileaks’ Julian Assange) focuses on what the leak means for Wikileaks as an organization. And copy editor Adam Weinstein, who served as a contractor in Iraq, does a good job of putting the leak in context:

The intimation by Assange (and the media outlets he cherry-picked to preview the data) is that these are the Pentagon Papers of the Afghan war. Certainly there are a few eyebrow-raising details in the bunch, as Mark Mazzetti, Chris Chivers & Co. at the New York Times point out. But in truth, there’s not much there there. I know, because I’ve seen many of these reports before—at least, thousands of similar ones from Iraq, when I was a contractor there last year.

[M]ost of what you see on WikiLeaks are military SIGACTS (significant activity reports). These are theoretically accessible by anyone in Iraq, Afghanistan, or the Tampa, Florida-based US Central Command—soldiers and contractors—who have access to the military’s most basic intranet for sensitive data, the Secret Internet Protocol Router Network (SIPRNet). Literally thousands of people in hundreds of locations could read them, and any one of them could be the source for WikiLeaks’ data.

While the coalescing conventional wisdom seems to be that what Wikileaks has released isn’t a big deal, it’s worth pointing to James Fallows’ criteria for judging the leak:

I remember when the Pentagon Papers came out…. The major effect of the Papers was to reveal that for many years officials closest to the action had understood that the war could not really be “won,” at least under the real-world political circumstances the U.S. faced. Of course the U.S. could have waged all-out unlimited war, and prevailed—but it wasn’t going to do that….

…The argument for bearing down [in Afghanistan] is that the dangers of withdrawal are too great to allow any other option—which of course was also the argument about Vietnam…. If “can we do it?” were no concern, it would obviously be better to keep the Taliban out of power and remove one possible base of Al Qaeda operation. But it’s not obvious that the answer to “can we do it?” is yes. Indeed most recent news points the other way.

That’s what I’ll be looking for in the Wikileaks documents: evidence that the project we’re now committed to in Afghanistan could ever have worked, or might still work now.

Sometimes, the absence of information is in itself information. If Fallows doesn’t find the evidence he’s looking for in 92,000 Wikileaks documents, should we conclude that it doesn’t exist? And even if we can find reason for hope in the Wikileaks pages, there may be better ways to spend the blood and treasure it will cost to do whatever we’re trying to do in Afghanistan.

Finally, even if the Wikileaks documents yield not a single new piece of information (which I doubt), they’ve moved the national discussion away from Andrew Breitbart and Journolist and towards actually important subjects. Whatever you may think of Assange and Wikileaks, they deserve our praise and thanks for that.