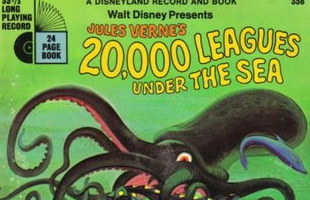 Given the size and far-reaching devastation of the Deepwater Horizon oil spill, you may have assumed that it qualifies as a federal disaster. Though you’d have been wrong, you wouldn’t have been alone. “I am shocked that the Stafford Act has not been used for a declaration of federal disaster,” says Mitchell Moss, disaster expert and professor of Urban Policy and Planning at New York University’s Wagner School. “This is exactly why we have this policy tool—to provide federal aid in this kind of crisis.” And that aid could be crucial to some coastal communities’ survival.

The Robert T. Stafford Disaster Relief and Emergency Assistance Act is the US law by which a federally declared disaster triggers the financial and logistical support of FEMA in any event that state and local governments aren’t equipped to handle, from hurricanes to terrorist attacks to chemical

spills. It’s invoked by the president, by the request of an affected state’s governor. Though the governors of Louisiana, Mississippi, Alabama, and Florida have all declared states of emergency, none has publicly requested the federal designation. (Eight days of calls to the office of Louisiana governor Bobby Jindal—whose state got most of the washed-up oil—and to the Louisiana Office of Homeland Security and Emergency Preparedness didn’t turn up anyone who would comment on the issue.)

What difference would a federal disaster declaration make? FEMA could provide assistance to individuals, local organizations, and governments. For example, a FEMA spokeswoman explained to me, FEMA could step in and buy the food if a church that was running a food bank ran out of money to buy meals.

As it stands, “the only person responsible is BP, but BP doesn’t have any idea what response and recovery means from a human perspective,” says Tom Costanza, chair of the Greater New Orleans Disaster Recovery Partnership, a collaboration of 60 local organizations. BP is required to pay for certain environmental damages under a slew of federal laws—the Oil Pollution Act, the Clean Water Act, the National Marine Sanctuaries Act, and the Superfund statute. “But there’s no funding for human recovery.

Since May, Catholic Charities of New Orleans has been delivering more than $100,000 worth of emergency grocery and bill assistance; last week, the organization announced that it’s out of money. “Right now we have people standing in food lines,” says Costanza. “If this were a federal disaster, we’d get disaster food stamps. We’d get disaster case management. Disaster mental health. Disaster unemployment.” The Stafford Act would also activate an interagency task force that includes the American Red Cross, which so far, Costanza says, “didn’t raise a dime. Neither did the Salvation Army.”

Congressman Anh “Joseph” Cao (R-La.), whose district includes fishing communities from New Orleans, “has not pressed the case for the Gulf Coast to be declared a federal disaster because he feels strongly that BP, not taxpayers, should be held strictly accountable for the damage it has caused,” according to a spokesman. But Costanza points out that government assistance doesn’t have to preclude BP accountability: The Department of Labor sent $27 million in support to affected Gulf workers and will bill BP for the cost; the federal government has collected tens of millions from the company for its spill-response expenses.

Regardless of who ultimately foots the bill, NYU’s Moss says the Stafford Act is the communities’ best chance for long-term assistance at a time when initial relief is running out. Next week, Catholic Charities is cutting services to St. Bernard Parish, many of whose residents are struggling with the spill’s effects. Many local fisheries still aren’t open. BP is drawing down its cleanup operations, the only job many unemployed fishermen have been able to get. The Greater New Orleans Disaster Recovery Partnership has repeatedly asked BP for a $12 million grant to help continue emergency humanitarian services for the next several months, but has yet to get a response. “There’s no legislation that tells them what to do,” Costanza says.

The fate of the fishermen rendered unemployed by the 1989 Exxon Valdez spill suggests the devastation that can occur in the absence of federal aid. Victims were ultimately able to extract $1.1 billion in compensation from the company, but only after 19 years of litigation. “A lot of them are dead, or bankrupt, or divorced,” says Brian O’Neill, the lawyer who tried the case. “The impact of the spill on both the natural environment and their abilities to make a living resulted in huge social disruption in the fishing communities. There were increased rates of alcoholism, domestic violence. Whatever social services existed were unable to handle it. Some communities didn’t survive or are half the size they were in 1988. Whatever assistance BP is giving these people now, that will taper off drastically when this is off the front page.”