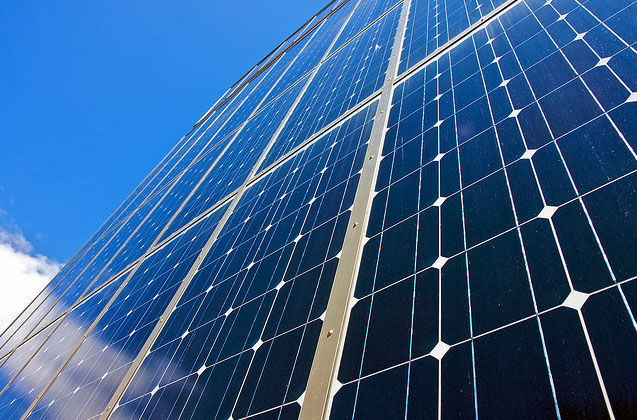 A few weeks ago, I reported that the Senate was planning to use $1.5 billion in funds from a renewable energy loan program designed to get new solar-panel manufactureres, geothermal generators, and other major renewable projects off the ground to pay teachers and fund Medicaid. Well, the Senate did in fact dip into the fund, as did the House, meaning Congress has now depleted more than half of the program designed to boost renewables.

The renewables sector has, of course, been banging down Congress’ door to make sure it gets that funding back. The administration has repeatedly touted this investment in a clean energy included the American Recovery and Reinvestment Act as a major success and a down-payment on a broader clean energy policy. But in addition to the $1.5 billion taken from the fund for state aid and Medicaid this month, Congress also dipped into the same renewable loan program last year to fund a $2 billion extension of Cash for Clunkers. That means what was supposed to be a $6 billion fund is now ow to $2.5 billion.

“It’s disconcerting that a program that was created in the recovery act just 18 months ago has been used as a funding mechanism for other political priorities, rather than focusing on making this program successful,” Rhone Resch, president of the Solar Energy Industries Association, said in an interview with Mother Jones. (The sting of the slight for renewables was even worse, considering that it came shortly after the Senate announced it wasn’t dealing with emissions and wouldn’t even include a bare minimum renewable electricity standard in a bill this year.)

Senate Majority Leader Harry Reid has indicated that that this program was an easy target because the Department of Energy hasn’t been acting fast enough to put the funds to use. The solar industry has also expressed frustration with the department’s sluggishness on approving projects. At least 150 renewable projects are already in the queue for a loan, but the DOE has only finalized a loan for one loan for one project so far (another 13 projects have conditional guarantees so far). It’s taken months to process every application, frustrating the companies who are relying on the loans to get new projects started.

Resch says bureaucracy and confusion about how to handle renewables projects has held the program up. Now, increased uncertainty about whether those loans will ever be available has caused more anxiety for renewable developers. He estimates that the uncertainty has put $35 billion worth of projects on hold. He also expressed concern that developers “have very little information from DOE which projects are where in the pipeline, when they’ll be addressed.” Developers themselves probably aren’t going to complain, he says, since their projects are still in the running for those (now limited) funds.

Both Reid and Pelosi’s offices have indicated that they will seek to restore the funding later this year, as has the White House, SEIA says. Resch says getting that funding, either through appropriations or reallocating other money, will be a priority for his group this year. The American Wind Power Association, Biomass Power Association, Geothermal Energy Association, and the National Hydropower Association have also been vocal opponents of Congress’ dipping into the renewable funds.

Renewables also face another looming challenge, as a program created under the stimulus that allowed companies to tap a new Treasury Grant Program in lieu of an investment tax credit is set to expire at the end of the year. (The ITC required developers to actually have a project up and running and making a profit in order to get a tax credit, whereas the grant program allows the to use that money up front to get off the ground.)

For now, getting the funding for the loans back is a top priority for SEIA, as is getting DOE to speed up the process of awarding the loans. “It’s been great for the few who have gotten conditional loans,” said Resch. “But the rest of the industry is being hampered by bureaucracy and the inability to sign off on these projects.”