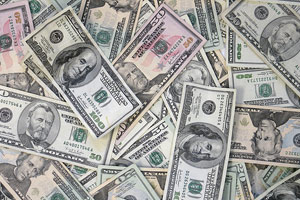 In the months immediately following the Supreme Court’s Citizens United ruling, corporations seemed to be sitting on the sidelines instead of delving directly into the campaign finance free-for-all that the decision opened up. Instead, it was labor unions that leapt to take advantage of the lifted restrictions, outspending corporations on independent campaign ads by nearly threefold in the first six months of 2010. But now there’s mounting evidence that some of the nation’s most visible and powerful corporations have entered the fray.

One of the first test cases has surfaced in Minnesota, whose strict campaign finance laws have put the new corporate activity in the spotlight. Liberated by the new rules, Target and Best Buy have each contributed at least $100,000 to a conservative political action committee that’s running ads in support of GOP state Rep. Tom Emmer’s campaign for Minnesota governor. Target also gave $50,000 to the group Minnesota Forward to bankroll “branding” for the outfit. The big-box retailers, which are based in Minneapolis, have been joined by five other corporations that also made $100,000 donations to Minnesota Forward, including vehicle manufacturer Polaris and Davisco Foods International.

The contributions are among the earliest signs that corporations are trying to take advantage of the Citizens United ruling. In many instances, corporations can still hide their campaign cash, given weak disclosure requirements in some states and on the federal level. But Minnesota’s strong campaign finance laws have helped shed light on what Citizens United has wrought. “This is the first time ever in Minnesota history that corporate participation has been permitted,” says Gary Goldsmith, executive director of the state’s Campaign Finance and Public Disclosure Board.

Before the Supreme Court ruling, Minnesota was among the 24 states that had prohibited corporations from using their own treasury funds to bankroll independent campaign ads in state elections. Citizens United lifted the ban entirely, allowing corporations to make unlimited donations to state campaigns, so long as they aren’t contributing directly to candidates or party committees. “We really anticipate a lot of activity in states where there are contested gubernatorial candidates,” says Denise Roth Barber, research director for the National Institute on Money in State Politics. Next year, all states will be redrawing their congressional districts—a process that governors will preside over in many states, Barber notes. “There’s a lot at stake from a national perspective.”

Minnesota Forward has used its new corporate contributions for efforts like a recent TV ad that praised Emmer for being committed to businesses interests. A tea party-backed Republican, Emmer is running about even with his Democratic contenders in his bid to replace Gov. Tim Pawlenty, who opted against seeking a third term in likely preparation for a presidential run in 2012. “As a legislator, Emmer voted against job-killing taxes and for reduced government spending,” the ad says. “Now he’s running for governor, working to grow jobs, getting government out of the way.”

Recently, other signs have emerged that corporations are beginning to take advantage of the post-Citizens United landscape. Last week, for instance, a group of major coal mining companies announced that they were planning to use the new rules under Citizens United to form a still-unnamed group to campaign against Democratic House and Senate candidates in Kentucky. “With the recent Supreme Court ruling, we are in a position to be able to take corporate positions that were not previously available in allowing our voices to be heard,” Roger Nicholson, a top executive at International Coal Group, wrote in a letter soliciting other coal companies to sign on to the effort.

But free-flowing corporate money may also have a price. In Minnesota, it’s fueled a backlash from gay rights activists who have slammed Target and Best Buy for backing Emmer, a gay rights foe who’s called for a constitutional amendment defining marriage as “the union of one man and one woman.” Both Target and Best Buy had previously garnered praise from the LGBT community for their support of gay rights in the workplace and beyond. Target, for instance, offers domestic partner benefits to gay and lesbian employees, and has backed the Minnesota AIDS Walk and Twin Cities Pride. Best Buy had a similarly gay-friendly reputation, and both companies have been celebrated by the Human Rights Campaign.

Now activists have called for boycotts of both big-box retailers for supporting Emmer, launching Facebook pages like “Boycott Target Until They Cease Funding Anti-Gay Politics.” One Facebook commenter slammed Target for “blatant hypocrisy from what they espouse about diversity.” Alliance for a Better Minnesota, a labor-backed progressive group, has sponsored a Facebook ad campaign aimed at Target customers nationwide. “Nobody’s telling me that when I buy my juice, it’s going to go to a Republican,” says Denise Cardinal, the group’s executive director.

Target has tried to defend itself by arguing that its campaign cash is not an endorsement of all of Emmer’s views. In a memo to staff, the company’s CEO wrote that the company has historically supported groups and candidates “on both sides of the aisle, who seek to advance policies aligned with our business objectives,” adding that “Target’s support of the GLBT community is unwavering.”

The controversy reveals the risks that corporations may run by diving into electoral politics in the post-Citizens United world. By delving directly into races, deep-pocketed businesses and other special interests may be able to influence elections and legislative agendas as never before, but at peril of tainting one of their most valuable commodities: their brands. “The downside is once they become involved in an election, they’re still appealing to a public to buy their stuff and could risk alienating people who don’t agree with them,” says Roth Barber. Such risks may be part of the reason that corporations have appeared to tread cautiously since the Citizens United decision.

But corporations still have many ways they can cover up their new political giving. Not all states have the same campaign disclosure laws—and Minnesota’s are among the toughest, mandating that all donors to political action groups and independent expenditures in state elections be disclosed. Target and Best Buy’s contributions are readily available on a state government website. Other states, however, have weaker laws: Maryland, for instance, doesn’t even require that independent campaign expenditures be reported for state races if they’re backed directly by individuals or corporations.

What’s more, for federal races, independent groups like Minnesota Forward don’t even have to disclose their donors if they’re not a formally registered political action committee. So corporations can give unlimited money to campaign ads by going through third party groups like the Chamber of Commerce or a soft-money-backed spin-off of Karl Rove’s American Crossroads without outing themselves—and risk putting their political activity under public scrutiny. That’s why campaign finance watchdogs and good-government advocates have pressed Congress to pass the DISCLOSE act, which would require such independent groups to list their donors on the ads they run. But Republicans lawmakers—supported by corporate interests, as well as some labor unions that have benefited from Citizens United—successfully voted down the bill this week in the Senate.

In Minnesota itself, conservative groups are now trying to make it even easier for corporations to conceal their political activity. The Taxpayers League of Minnesota and Minnesota Citizens Concerned for Life, along with the for-profit Coastal Travel Enterprises—a travel agency headed by a conservative donor—have recently sued Minnesota officials over the disclosure rules for corporate contributions, claiming that the requirements “are too burdensome and unconstitutional,” says Goldsmith, head of state’s campaign finance board. Given the outcry that Target and Best Buy have faced after their first foray into funding elections, corporations may become even more eager to find new ways to hide their tracks.