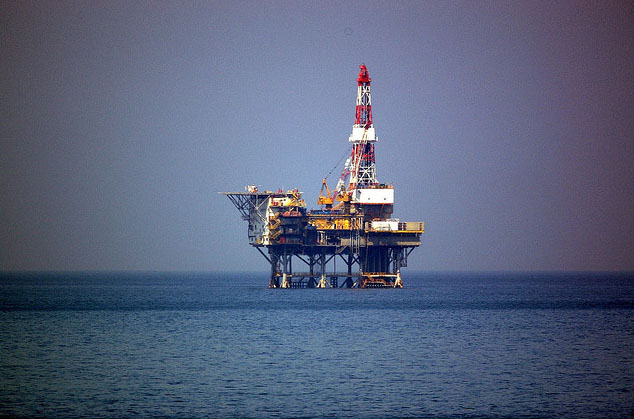 On Monday, the federal government issued new guidance on the permitting and oversight of offshore drilling, vowing to end the rubber-stamping of new operations that had become standard for agencies.

The updated policy basically constitutes a pledge to uphold the environmental review and enforcement process that’s already mandated under law, but has been systematically neglected for decades. A review conducted by the Council on Environmental Quality recccomended that the Department of Interior’s Bureau of Ocean Energy Management, Regulation and Enforcement (previously the Minerals Management Service) improve its policies on environmental review as required under the National Environmental Policy Act (NEPA). The review (and the response from DOI) seems to acknowledge that the department had not been adequately following the law when it came to environmental review of new drilling projects, or even carrying out even the most basic protocol for evaluating the potential impacts of drilling before granting approval. The government has been green-lighting projects on the assumption that they are safe, rather than actually conducting the kind of thorough reviews that are supposed to be mandatory.

“Since April 20, 2010, that assumption will be revised, and BOEM will take steps to incorporate catastrophic risk analysis going forward,” CEQ said in a report issued Monday. CEQ is charged with making sure NEPA, which requires review of the potential impact of all new federal projects, is enforced.

The Gulf well that exploded and caused untold environmental and economic damage by dumping 4.9 million barrels of oil into the water was among the many approved without adequate assessment of the risks it posed. That well was granted an exclusion from environmental review, like basically all other Gulf operations (the waiver is typically called a “categorical exclusion”). Its approval was based on initial assessments dating back to 1981 and 1986, and subsequent evaluations that indicated that risks of a blowout or spill at the site were very low.

Yesterday’s announcement amounts to a promise that BOEM will actually do their job going forward, with CEQ recommending to the Department of Interior that it stop using categorical exclusions altogether (DOI says that the use of the exclusions will be “limited” going forward). The review also reccommends an extension of the time granted for environmental review, which under current policy is only 30 days. The administration has said that the 30-day limit has impeded their ability to conduct more thorough reviews.

“In light of the increasing levels of complexity and risk—and the consequent potential environmental impacts—associated with deepwater drilling, we are taking a fresh look at the NEPA process and the types of environmental reviews that should be required for offshore activity,” Interior Secretary Ken Salazar said yesterday.

But that doesn’t mean we can breathe any easier about offshore drilling. As I reported in June, the feds have continued to approve new lease sales despite knowing that the environmental review process was faulty. There was no indication in yesterday’s announcement that drilling operations already approved under these bad reviews will be revisited. “Existing deepwater wells and rigs already approved under the now admittedly faulty environmental review process will not necessarily have to seek full National Environmental Policy Act or Endangered Species Act compliance,” said Bill Snape, senior council with the Center for Biological Diversity. He points out that the announcement is also specific to deepwater drilling and doesn’t include operations in shallow water, which could be just as dangerous.

So while the new guidelines are good news, they might not be enough.

* This post has been updated to clarify portions of the review.