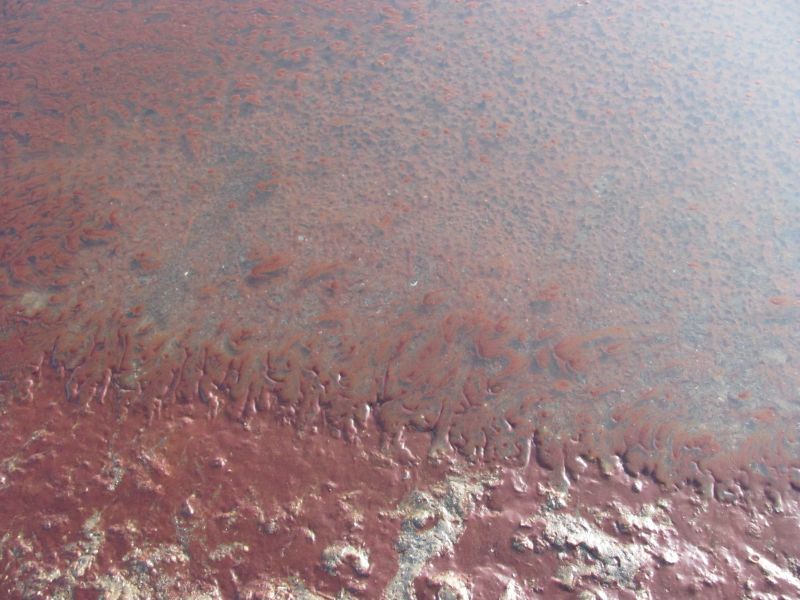 Yesterday’s paper in Science, Deep-Sea Oil Plume Enriches Indigenous Oil-Degrading Bacteria, managed to punch through the growing lethargy absorbing the Gulf catastrophe. The title uses interesting language, in my opinion, almost making it sound as if the spill’s been a good thing. Enriches. Nice spin. Indigenous. Something we need to protect, right?

Many media outlets picked up on the general optimism. One favorite approach was to encourage the feeling that the oil spill created a new species of life (rather than one we just now discovered, and that only because big science is finally examining the much-neglected Gulf). “New microbe discovered eating oil spill in Gulf,” headlines the AP.

So what does this new paper mean? I asked David Valentine, geomicrobiologist and geochemist at UC Santa Barbara. I’ve been reporting his work since early in the spill, including his op-ed in Nature that methane measurements in the water could be used to calculate the total amount of spewed oil. In The BP Cover-Up in this month’s MoJo, I reported his findings of clouds of dissolved natural gas at 100,000 times the normal density and at depths of more than 2,500 feet in the Gulf. This is what Valentine had to say about the new paper in Science:

The microbiology is very elegant, with a number of high end tools revealing the makeup of the microbial community. As expected, there is a direct response by the microbes to the input of oil. Keep in mind though that the number of samples is very small and the time window limited, meaning the samples may not be truly representative.

However, the rates of oil degradation presented are misleading. The lab studies are basically “supercharging” the oil degraders, and don’t have direct environmental relevance. The environmental studies do not account for mixing of the plume with outside water, which is expected to be significant. The paper and associated releases suggest that the half lives are from biodegradation, whereas they may truly arise mainly from the mixing.

Basically, the researchers behind the Science paper used some super cool new tools of microbiology to find some hitherto unknown species of oil eaters living in the Gulf. And, yes, doubtless some of those microbes are blooming or migrating or both towards the dispersed oil, as many predicted. But the paper’s conclusions are based on a small number of samples (17) collected during a very short window of time (9 days).

Potentially more troublesome are the laboratory studies presented in the Science paper. What happens in the lab is not the way things happen in the super complex systems of the real world. Which includes the possibility that the dispersed plumes are too dispersed for these “new” microbes to get greatly “enriched” by.

You can read more in my op-ed in today’s USA Today, BP Catastrophe Might Lurk in Deep Waters.