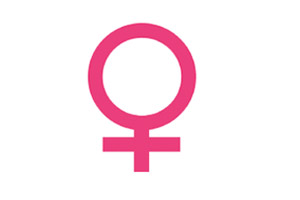 Men are not only more loyal to the GOP than two years ago but also more motivated to vote, recent polls suggest. This year’s central issues are ones that politicians traditionally use to appeal to men, especially worries about budget deficits….

A Marist poll this month found 48 percent of Republican men called themselves “very enthusiastic” about voting, the most of any group; just 28 percent of Democratic women said the same, with Republican women and Democratic men falling in the middle.

Big Democratic groups like EMILY’s List realize that they’ll have trouble holding back the GOP wave if they don’t turn out Dem women. But it’s late in the game, so the groups are doing triage on Dem incumbents, backing targeted political ads in key Congressional races where Democratic women voters could make a difference. One such contest is in Colorado, where GOPer Cory Cardner is challenging freshman Rep. Betsy Markey.

Health care is an issue that the Democratic Party has certainly been avoiding this election cycle, and Markey’s vote in favor of health care reform is sometimes described as a liability in this Republican-leaning district. But to appeal to Democratic women, EMILY’s List has embraced the topic. As Politico‘s Alex Burns notes, an EMILY’s List attack ad that’s running against Gardner criticizes the Republican for voting “to allow insurance companies to deny coverage to children with autism.” (Sharron Angle was also under fire in Nevada last week for making similar remarks about autism coverage.)

There’s a good reason for this. Although the health reform law law has remained unpopular with the public as a whole, it is significantly more popular with the female voters who proved key to Obama’s 2008 victory. Though prominent GOP female candidates like Sarah Palin’s “Mama Grizzlies” may have grabbed the spotlight, their conservative rabble-rousing hasn’t convinced female voters to flock to the Republican Party. According to Hart Research Associates, a Democratic firm, 81 percent of Democratic women voters who were newly registered in 2008 said they were “very or fairly concerned that Republicans want to overturn the health care law that provides mammogram coverage and pregnancy care to women.”

Democrats decided that it was too risky to run on the party’s big legislative accomplishments in light of the conservative, tea party-driven revolt. But in doing so, the party has failed to excite key constituencies—like Democratic women—and failed to convince them that there’s enough at stake this year. So while groups like EMILY’s List are making last-ditch appeals, it’s uncertain whether such efforts will be enough to make a difference outside of a small handful of races.