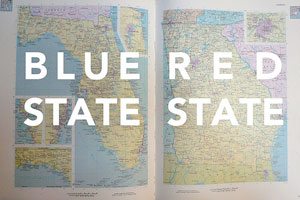 Right now, the politerati are focused on the House of Representatives. Will the GOP win enough seats (39) to take control and boot Nancy Pelosi from the Speaker’s chair, or will they fall short? Here’s what you may not know: the results of the November elections can be undermined—or set in stone—by the US Census.

The latest estimates of which states will gain and lose seats (and electoral votes) came out this week. The bottom line is that the results aren’t good for Barack Obama and the Democrats. Solid blue states New York, Illinois, Pennsylvania, Massachusetts, Michigan, and New Jersey—states that have gone for the Democrat in every presidential election since 1992—are set to lose seven electoral votes. Washington is the only reliably Democratic state that is poised to gain a seat. Meanwhile, solid red states Georgia, South Carolina, Texas, and Utah are set to gain a net seven electoral votes. Louisiana, which Bill Clinton won twice but has been a solid red state since Katrina, will lose a seat. There are changes going on in key swing states, too. Arizona and Nevada are both set to gain a seat, and Florida will gain two. Iowa and Missouri, meanwhile, will lose a seat each—and Ohio, long a national bellwether, will lose two.

Blue states losing six electoral votes and red states gaining six isn’t exactly a disaster for Democrats. The big fight, however, will be over congressional redistricting. That process—which will force some incumbents out of their jobs and protect many others—is controlled by the states. Governors play a role, but most of the work is usually done by state legislators. Whichever party controls the legislature generally gets to draw the maps.

To avoid getting totally shafted in the redistricting process, the key is to control at least one of the three main pivot points of redistricting—the governor’s office or one of the two legislative chambers. A party with full control of a state’s legislative and executive branches will have the ability to run wild with redistricting. Right now, the GOP is threatening to do just that in a number of key midwestern states.

Republicans have a real shot of controlling the entire redistricting process in Indiana, Ohio, Pennsylvania, Michigan, and Wisconsin. If the GOP can sweep those contests, Republicans can cut the heart out of any potential Democratic House majority going forward. Republicans either hold the governorship or lead in the polls in the gubernatorial races in all five states. And while Democrats hold at least one legislative chamber in each of the five states, the party’s hold on these majorities is tenuous.

Between the current GOP-drawn maps in Michigan and Pennsylvania, the Tom Delay-led Texas gerrymander of 2004, and other supposedly unfair maps around the country, the strategists at the Democratic Legislative Campaign Committee—which helps Dems in state legislative battles—figure that the national House map is already tilted towards the Republicans by some 25 seats. Republicans have estimated that they could turn 25 more their way via redistricting.

If the Republicans fall just short of a majority in 2010, they could use redistricting to ensure they gain back the House in 2012. Or, if they make huge gains, they can use redistricting to lock them in. “If you care about a progressive future for the next decade, you can’t allow Republicans to control this process,” says Michael Sargeant, the executive director of the DLCC.

How do we know that the redistricting will dramatically affect the results in 2012? Because this has happened before. Of the 39 seats that switched hands in 2002 and 2004, the DLCC estimates that 23 were heavily affected by redistricting.* In a closely-divided House of Representatives, that could easily be the difference between Speaker Boehner and Speaker Pelosi.

*I corrected the numbers in this sentence, which originally said 17 of 19. That was wrong. Sorry.