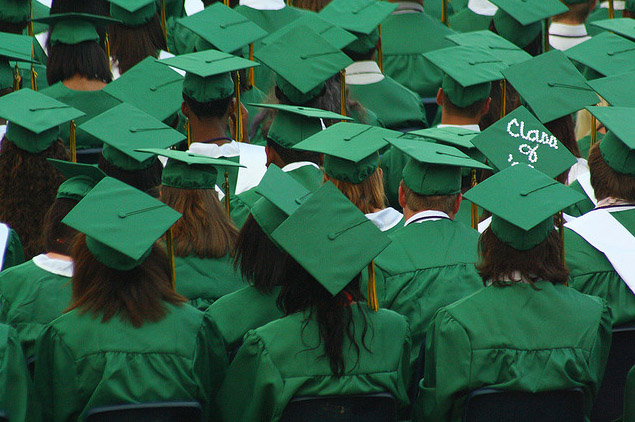 It’s a classic move by an industry player feeling the squeeze of pending regulation: Hire a lobbying firm to create the appearance of widespread opposition via a carefully stage-managed astroturf campaign. One of the latest outfits to give this strategy a try: Education Management Corporation (EDMC), a multibillion-dollar heavyweight in the for-profit higher education industry that’s the subject of multiple lawsuits and ample criticism from investors, lawmakers, and government officials who accuse the company of a range of deceptive business practices. The company, whose majority stockholder is Goldman Sachs, recently hired a GOP-linked lobbying shop known for its astroturfing prowess to fight a proposed federal rule that has the entire industry fretting about its future.

Education Management Corporation operates Argosy University, Brown Mackie College, South University, and various Art Institutes. On August 24, EDMC CEO Todd Nelson blasted out an internal email, first reported on by the New America Foundation’s Higher Ed Watch blog, saying that the company had hired DCI Group, a Washington-based lobbying and public relations firm with a controversial history, to coordinate a campaign against the Education Department’s proposed “gainful employment” rule. The rule would establish metrics for assessing graduates’ ability to repay their student loans as a way of judging whether an academic program is truly fulfilling its mandate: preparing graduates for “gainful employment.”

For-profit colleges have made no secret of their opposition to this rule; Harris Miller, president of the Career College Association, the industry’s top trade group, described it as “unwise, unnecessary, unproven.” And for-profit colleges have let the Education Department know their displeasure in a major way. Little wonder why: Education Department officials say the new rule would disqualify 5 percent of programs from receiving federal student aid money, and 55 percent would face limits on growth and mandates to warn students about the risks of excessive borrowing.

For companies like EDMC, the financial implications are clear. In his August 24th email, EDMC’s Nelson writes, “This proposed rule’s potential consequences on EDMC could be substantial, making the next several weeks critical as we attempt to make the Department fully aware of our concerns during an official comment period that ends on September 9.” [Nelson’s emphasis] Nelson later says in the email, addressed to “EDMC_ALL” and titled “Safeguard Student Choice,” that EDMC employees have a couple of options “to share their concerns” about the rule’s impact. He goes on to describe the first option:

This week, employees throughout EDMC and our schools will be receiving phone calls during business hours from our partners, the DCI Group, to assist you in crafting personalized letters to US Secretary of Education Arne Duncan, detailing for him your own views on Gainful Employment. You will be asked a series of short questions that will help DCI Group create a unique letter. These personalized letters will then be delivered to you for a signature, along with a pre-addressed, stamped envelope. We encourage you to mail the letters as quickly as possible so that your comments are received before September 9.

Asked about the letter, a spokeswoman for EDMC, Jacquelyn Muller, said in a statement that “EDMC believes it is important, that during this public comment period on the proposed Federal Gainful Employment Rule, that our students, faculty, and staff be provided an opportunity to voice their opinion, if they choose to do so.” She added, “We will continue to communicate our opposition to the proposed Gainful Employment Rule and support voluntary efforts that allow our employees, students, and faculty to do so as well.”

Indeed, Nelson stresses in his email that no EDMC employee is required to participate in DCI’s letter-generating campaign. But as New America’s Steve Burd reports, employees who don’t participate fear they could face some kind of blowback. “This is scaring a lot of people because they know that, no matter what the company says, it will keep track of those who refuse to cooperate,” a former EDMC recruiter told New America. “That’s just the way the company operates.”

Ex-EDMC students and employees, along with investors, have certainly taken issue with the company’s operating style. EDMC currently faces multiple lawsuits in state and federal court, according to regulatory filings. A group of former clinical psychology students at Argosy University’s Dallas campus, for instance, allege that the school violated Texas consumer protection law by misleading them about the program’s accreditation status, what options they had to repay their loans, and career options after graduation. A whistleblower suit, filed by a former admissions officer, claims that EDMC-run South University violated Education Department regulations by linking commission pay or bonuses to the number of students the officer recruited. And in August, a securities fraud suit seeking class certification was filed on behalf of EDMC investors, alleging the company misled them about the company’s performance through manipulative recruiting tactics and inducing students to enroll in its schools. (EDMC says all the suits are “without merit.”)

Additionally, a recent undercover investigation by the Government Accountability Office also found the Argosy University in Chicago and 14 other for-profit schools had misled students about the cost of its programs with deceptive recruiting practices.

For-profit schools on the whole have faced a storm of criticism lately. In May, Steve Eisman, the brash hedge fund manager who bet against the subprime mortgage business and won big, branded for-profit colleges the next subprime: “Until recently, I thought that there would never again be an opportunity to be involved with an industry as socially destructive and morally bankrupt as the subprime mortgage industry. I was wrong,” Eisman said. “The for-profit education industry has proven equal to the task.” In reaction to the Education Department’s release of the gainful unemployment rule, stock prices for leading for-profits like Corinthian Colleges and ITT Education Services have tumbled in recent months.

That’s not to say for-profit colleges don’t serve a purpose. They’re often the only viable option for low-income students trying to climb the social ladder by earning a professional certificate or college degree. “Overall I firmly believe that for-profit schools are doing a good job of preparing students” for the workforce, Education Secretary Arne Duncan has said.

Despite Duncan’s stated support for the industry, companies like EDMC feel that Obama’s Education Department has them in the crosshairs. This may explain why the company turned to public relations powerhouse DCI Group. The firm has deep GOP ties: Its partners’ past employers include the National Republican Senatorial Committee, Sen. Charles Grassley (R-Ia.), the Bush-Cheney ’04 campaign, the Iowa and Colorado Republican Parties, and other GOP operations. Doug Goodyear, a founding partner at the firm, was initially picked by the McCain campaign in early 2008 to manage the Republican National Convention in St. Paul, Minnesota.

Months before the convention, however, Goodyear resigned after Newsweek reported that DCI Group had been paid nearly $350,000 to represent Burma’s military junta. “It also led a PR campaign to burnish the junta’s image,” Newsweek‘s Michael Isikoff reported, “drafting releases praising Burma’s efforts to curb the drug trade and denouncing ‘falsehoods’ by the Bush administration that the regime engaged in rape and other abuses.” And not long after the GOP convention, as the economy went into freefall, it emerged that DCI had secretly received $2 million from the government-backed housing giant Freddie Mac, the Associated Press reported, for a “stealth lobbying campaign” to kill a new law that would’ve more tightly regulated and slimmed down both Freddie and its larger counterpart, Fannie Mae. (EDMC’s Muller didn’t respond to a question about the company’s knowledge of DCI’s background.)

DCI has plenty of experience when it comes to astroturf campaigns, which it has orchestrated for health care reform and financial regulatory reform opponents and assorted corporate interests. Recently, DCI helped to manage the Coalition to Protect Patients’ Rights, a group against the Obama administration’s health-insurance reform, and was hired by pharmaceutical companies to block congresional legislation that would’ve allowed FDA-approved drug reimportation from Canada. A former DCI employee, Chris LaCivita, worked for the Swift Boat Veterans for Truth campaign that helped to sink Democrat John Kerry’s 2004 presidential campaign.

Nelson’s plea, and EDMC’s hiring of DCI, isn’t at all surprising. The company’s shareholders, of which Goldman Sachs’ is the largest, have a lot to lose; the company’s revenue exceeds $2 billion. According to Education Department data, EDMC, which boasts 136,000 students at more than 100 campuses, found that only 38 percent of its students who left in the past four years had, as of September 2009, paid down any of their student loan principal. That’s not surprising considering that EDMC’s various schools charge anywhere from $50,000 for an associate’s degree to $100,000 for a bachelor’s, Bloomberg Businessweek recently reported—and that’s in career fields like cooking and design.

There’s little doubt EDMC’s efforts, and those of other for-profit companies, are getting the attention of the Education Department, which must announce its gainful employment rule by November 1. As Justin Hamilton, a department spokesman, put it, “We’ve gotten more comments in this public comment period than we have in the past several decades.”